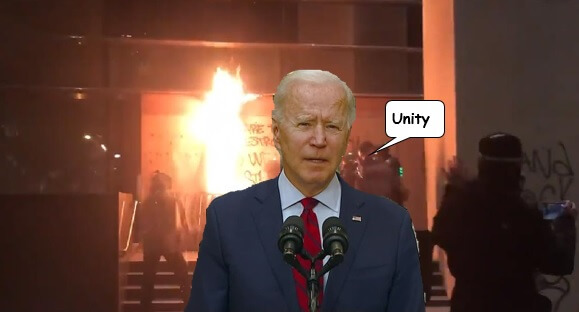 One day after President Biden administration removed the fence that has been protecting Portland’s Federal Courthouse for over seven months, it was soon attacked and hit with arson by a dozen anarchist protesters last Thursday.   The fence was erected because several people were able to break inside and start fires in the building while people resided inside.

Remember that during the Trump administration the City of Portland fined the Federal government a million dollars over the fence because it, in part, violates City code by obstructing a bike path.