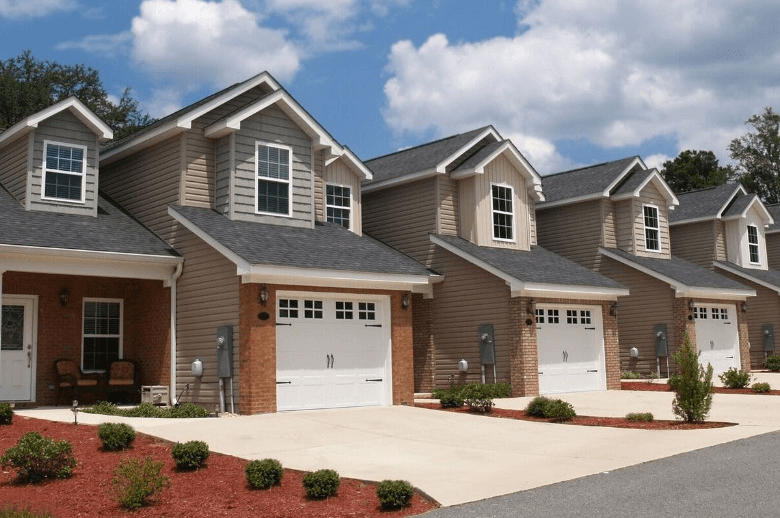 Portland City Council is focusing on making it easier to build outdoor homeless shelters. This raises the question: Why not set permanent housing free?

Adopting Portland’s Shelter to Housing Continuum Project would remove design review requirements from outdoor shelters. Design review is the process by which bureaucrats and the public can weigh-in on and change the way a building looks. The process can take months and bales of money. In many cases, design review results in radical changes to a building’s size, look, and amenities. Decisions are based on an unelected commission’s subjective ideas of what makes a “livable” development. Portland’s recent effort to relax rules suggests the city has come to terms with the fact that design review can stand in the way of affordable housing production.

Since 2015, Portland’s housing emergency declarations called for serious cuts to rules that decrease the supply of housing by increasing the cost of development. Design review does both, by making developers jump through hoops in the dark, which deters many from trying to build in the first place. Historic review presents very similar challenges in older neighborhoods. Rules, restrictions, and subjective reviews create uncertainty for developers. In Portland, the processes are usually between 42 and 90 days. During design review, developers rack up fees, cover staff expenses, and lose valuable time that could have been spent building.

Take the case of Landon Crowell. Crowell wanted to build a 26-unit apartment in 2016. The first design review pushed the developer to cut ground floor parking and the sixth story, leaving just 18 units. Afterwards, the Design Commission agreed that the project was consistent with the Portland Zoning Code. Nonetheless, subjective requirements were enough to deny over 18 months of work and $160,000 in fees—that’s $9,400 per unit. Crowell appealed to Portland City Council, which overruled the Design Commission in 2017. As more projects face similar design reviews, Portland State University’s Real Estate Quarterly Report proposed that the City of Portland may have placed an “unintentional governor on construction.”

Supporters of design review say loosening the process would also reduce livability, but they miss or ignore the costs of regulation. Meyer Memorial Trust explored the issues associated with affordable housing construction and concluded, “…neighborhood pressure and a general bias against affordable housing sometimes lead to affordable projects being held to a higher (and more expensive) standard….” After studying over 100 affordable housing projects in Oregon, Blue Sky Consulting Group confirmed that “…projects with more community opposition (measured by the number of community meetings) are associated with higher costs.”

A spokesman for the bureau behind Portland’s design review process stated, “during an emergency, such processes may need to be evaluated as to whether the value they add is comparable to the needs of the time.” And the needs of the time are only increasing. Portland staff say the city needs “…a minimum of 23,000 additional housing units to serve low and moderate-income households.” In addition, Portland Business Alliance reports that the “pipeline” of apartment construction was cut in half between 2019 and 2020. Under tighter budgets and the same old rules, many developers aren’t willing to risk building residential construction.

As Portland City Council inches closer to removing design review from outdoor homeless shelters, it should address the root of the housing crisis. Design review promotes the delays, expenses, and uncertainty that push investment away from permanent housing. By unclogging the housing pipeline, high rents will finally be able to spur go-getters into building new housing. Developers shouldn’t have to hope their projects meet some bureaucrat’s blurry definitions.

While shelters are temporary and can be intrusive, expediting residential projects is a long-term solution to the rising rents which push people into homeless shelters in the first place. Portland City Council should hold up the “housing” portion of the Shelter to Housing Continuum and remove design review for all residential projects.