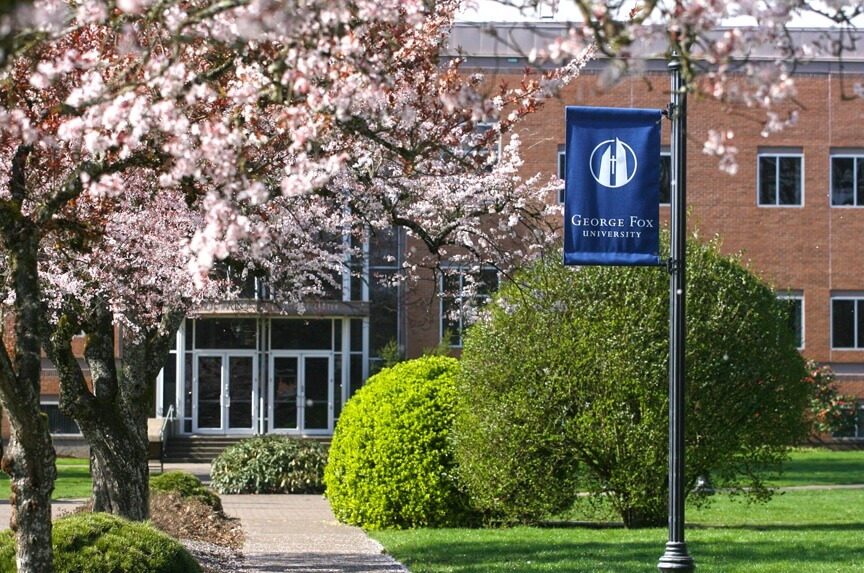 The Portland, Oregon-based LBGTQ activist organization that has sued the U.S. Department of Education in Oregon District Court for something that happened on George Fox Univerity’s campus (among several other Christian colleges) is aptly named the Religious Exemption Accountability Project. It targets the exemption that religious colleges have been granted by the federal government to allow faith-based institutions to operate under the belief that LBGTQ lifestyles are morally wrong.

I have long been a supporter of gay rights in the sense that all people deserve equal protection of the law. In 2004, Oregon’s Measure 36, which banned gay marriage, was not only unjust. It was unnecessary government regulation. Anyone truly believing in a limited government should have voted no on Measure 36. And yet regulations that restrict the free association of religious organizations to treat LGBTQ behavior as wrong are unnecessary as well.

In oral arguments for Obergefell v. Hodges, which had the effect of striking down Oregon’s Measure 36, Justice Samuel Alito asked the Obama administration’s Solicitor General Don Verrilli the following question:

Justice Alito: Well, in the Bob Jones case, the Court held that a college was not entitled to tax­-exempt status if it opposed interracial marriage or interracial dating. So would the same apply to a university or a college if it opposed same­-sex marriage?

The Religious Exemption Accountability Project is making it an issue. We’re not talking about public universities here. We’re talking about the equal treatment of Christian colleges in higher education funding or even the tax-exempt status of Christian colleges being used as the basis for a civil rights violation if they so much as included in their rules, that, in addition to not seeing R rated movies and all those other fun things in life that most college students enjoy, these Christian colleges include having a homosexual relationship on the long list of don’ts.

That’s how the complaint of Jaycen Montgomery is written against George Fox University:

387. GFU has a “Lifestyle Statement” which states, “In regard to sexual morality, we believe that only marriage between a man and a woman is God’s intention for the joyful fulfillment of sexual intimacy. This should always be in the context of mutual compassion, love, and fidelity. Sexual behaviors outside of this context are inconsistent with God’s teaching. We recognize these principles may conflict with the practice or opinion of some within the larger culture. We are convinced that this is God’s design for providing the most loving guidance and practice for individuals and our community.”

388. GFU’s student handbook states that “George Fox University accepts the biblical standards that prohibit all sexual immorality” and that “we believe the power of God and the wisdom of the Holy Spirit combine to provide the means to live victoriously with respect to sexual purity.”

389. Jaycen is a transgender man of open sexuality.

Maybe don’t go to a school that is in conflict with the way you want to live your life? I preferred to go to a college, and want my children to go to a college, that would place no rules against these personal choices Jaycen has made that impose no harm to anyone. Very few colleges do, but this preference for freedom precludes me from demanding Christain colleges conform to this norm.

Can other people with different values have their own institutions to openly live traditional values, and can these institutions be free from education policy discrimination? From the scope of the injunctive relief this lawsuit seeks, perhaps that is possible so long as a Christian college gave up its tax-exempt status and any dime of federal funding, from research grants to the GI Bill for veterans that would want to use hard-earned benefits at a conservative Christian school. I doubt it would stop with money. If the failure of conservative Christian colleges to eschew traditional teachings on sexuality ran afoul of Title IX, it would probably next find itself in violation of public accommodation laws. Bakers don’t get federal funding, but that doesn’t prevent them from being coerced to bake a wedding cake against their conscience.

While I’m sure the Religious Exemption Accountability Project means well, perhaps they should take a step back and reflect on whom the persecuted minority actually is in this case. There are far more institutions of higher learning welcoming to Jaycen Montgomery’s lifestyle than there are for the students that campuses like that of George Fox Univerity are meant to accommodate.