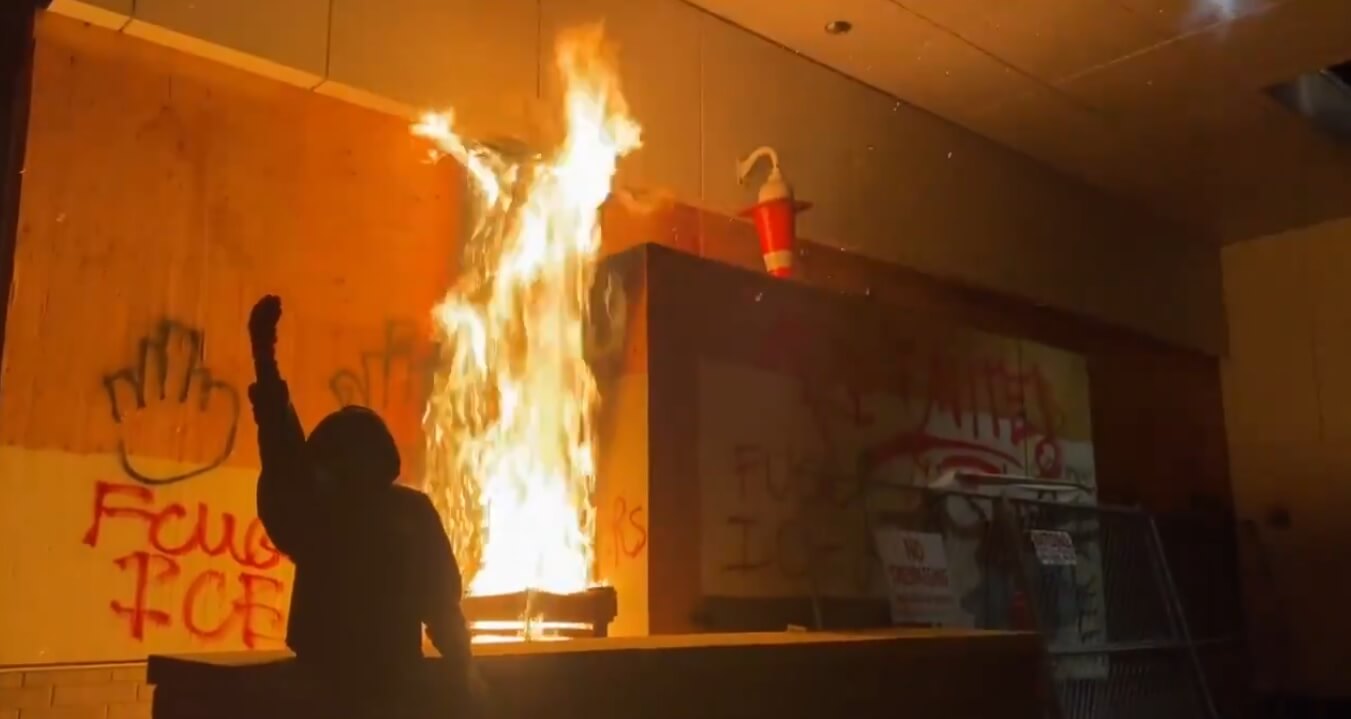 This follows the attack on the day before at the Rapid Response office.

“Every city, every town, burn the precinct to the ground”

An #antifa gives the #BLM fist salute while the crowd cheers on the burning of the @ICEgov Portland facility last night. Officers were trapped inside when antifa set the building on fire. pic.twitter.com/VYgRlvMUTo

Watch the moment federal officers rushed out to respond after #antifa set the @ICEgov facility on fire last night. Antifa barricaded the front of the facility to trap people inside while the building was on fire. #PortlandRiots pic.twitter.com/NaXYzSJoj6

.
.
This one from Chris Landis

Oh. Hey @comradecamera you have a thread going for tonight. This is a donation. pic.twitter.com/FlITggFtHY

.
.
Here is the Portland Tribune headline from Friday’s attack on a bank and Portland Rapid Response Bio clean office. 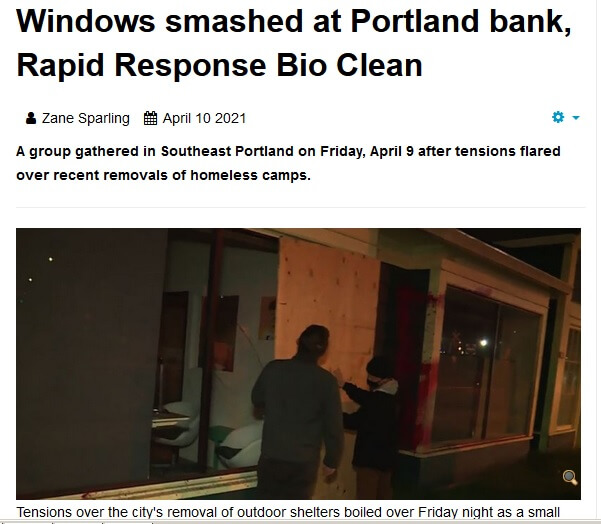