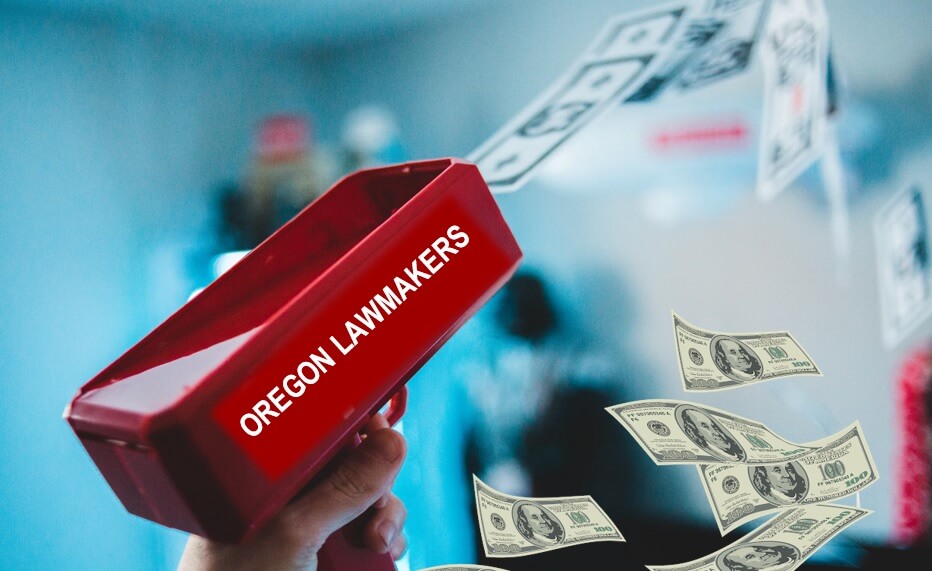 SALEM, Ore. – Today on the Senate floor, progressive Democrats rammed through legislation that would allow activist lawyers to sue everybody and anybody for unlimited amounts of cash. The result would make worse our already litigious society and may increase the cost of insurance. Someone may be entitled to noneconomic damages for things as subjective as “inconvenience” and loss of “comfort.”

According to publically available campaign finance records on the 2020 election year, over 97% of political donations from the Oregon Trial Lawyers Association PAC, the special interest group that donates on behalf of personal injury lawyers, went to Democrats. Those donations totaled more than a quarter of a million dollars.

“[P]recisely because noneconomic damages in individual cases are explicitly and inherently “subjective” and receive only the most limited judicial review and, viewed more generally, may be incoherent and arbitrary, it seems to me that the legislature might well choose to exercise its plenary authority over the civil justice system to regulate those damages in some way.”

The majority opinion reflected this logic by striking down the Oregon statute as written but leaving open-ended the question of how to implement constitutional caps on noneconomic damages. SB 193 goes beyond the majority opinion in Busch v. McInnis Waste Systems, Inc, 2020 and has potential implications for any statutorily created cause of action.

“In an apparent rush to pad the pockets of campaign donors, Democrats are throwing the baby out with the bathwater,” Senator Kim Thatcher (R-Keizer), vice-chair of the Senate Judiciary Committee, said. “There are 20 years of case law behind this issue, but this massive overhaul was only given one day of public testimony. There are huge economic implications with the removal of these caps.”

Republicans put forward a Minority Report, an alternative to the original bill. The Minority Report included some provisions of SB 193, including aligning Oregon statutes with recent U.S. Supreme Court case law that requires unanimous jury decisions for certain serious crimes. Oregon was the last state in the union to make this change.

The Minority Report took issue with the noneconomic damages provisions in SB 193. The Republican proposal commissioned a study on how to implement reasonable and constitutional caps that also recognizes the needs of Oregonians’ noneconomic compensation. Democrats rejected this move along party lines.

“This is a policy that deserves careful consideration,” Senate Republican Leader Fred Girod (R-Lyons) said. “Republicans offered a collaborative way forward, but Democrats were again more interested in bolstering their campaign donors than crafting good policy. The natural consequence of this policy would likely shoot insurance premiums through the roof.”

Progressive Senate Democrats passed SB 193 over bipartisan objections and it now heads to the House of Representatives for consideration.