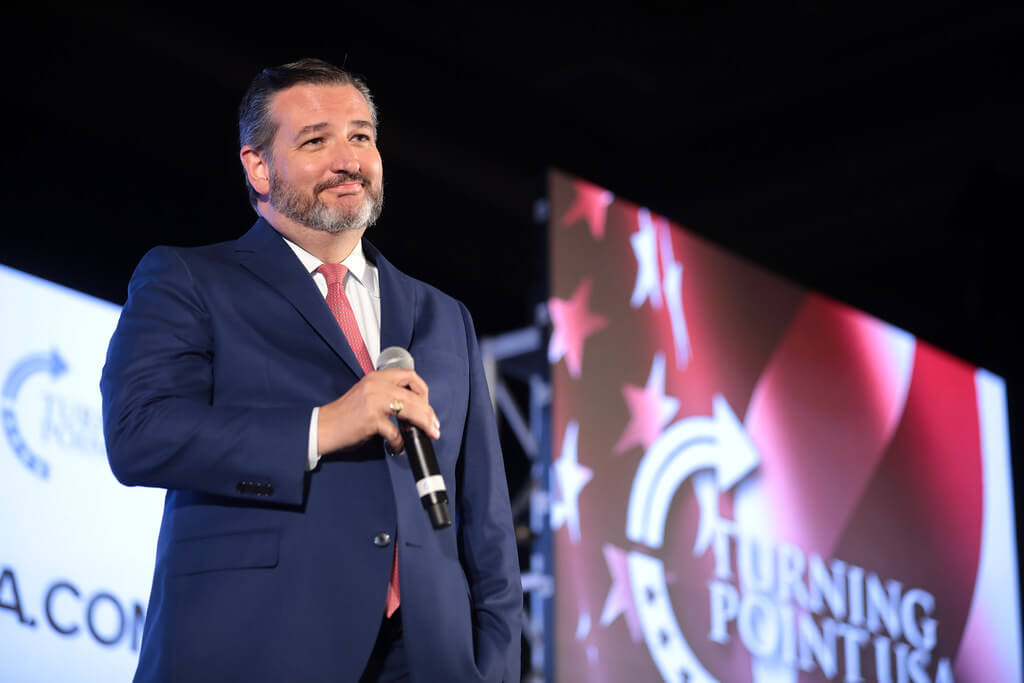 One cognitive bias humans have is to weigh the validity of an argument based on who made it. This helps explain why Senator Tim Scott (R – South Carolina) has a broader impact of influence than Senator Ted Cruz (R -Texas). Both come from southern states. Both are conservative, but Scott’s rebuttal last week was more effective than any speech Cruz could possibly have delivered.

In his book Confirmation Bias, New York Times Washington correspondent Carl Hulse’s account of judicial appointments during the Trump administration gives an anecdote I haven’t seen reported anywhere else of how, in 2016, then Senate Majority Leader Mitch McConnell preempted Cruz from turning the delay of confirming Justice Scalia’s replacement into a politically untenable position. That McConnell quickly decided to block President Obama’s nomination has been widely reported, but not this:

Having decided that there was no way he was going to allow Obama to fill the vacancy, McConnell knew he would have to get his fellow Republicans to go along with his strategy. That was no sure thing with elections looming in November. Republicans running in swing states such as Iowa, Ohio, and New Hampshire might not be willing to challenge the president on such a politically charged matter and potentially alienate independents, not to mention infuriating Democrats. Supreme Court nominees almost always got hearings and votes, even if they were rejected.

McConnell recognized that with eleven months remaining in the second term of a president who remained popular despite some stumbles, erecting an unbreachable blockade was not going to be easy. It would elicit a ferocious response from Democrats and their allies, aware, like McConnell, of the unexpected but incredible opportunity before them to gain the upper hand on the court.

McConnell began communicating with staff and advisers scattered for the recess, touching base with Abegg, his highly trusted assistant on judicial confirmations, as well as his chief of staff, Sharon Soderstrom, and Don Stewart, his communications director. They developed a plan of attack and began to execute it.

Another political factor that would propel the decision-making for McConnell and others was at work that night. The remaining six Republican presidential candidates were to meet for a nationally televised primary debate beginning at nine p.m. in Greenville, South Carolina. Scalia’s death and what it meant for the court would certainly be a main topic of discussion.

In a phone conversation with McConnell, Josh Holmes, the senator’s politically astute former chief of staff and top campaign aide, reminded McConnell of the debate. They agreed that if Senator Ted Cruz, the Texas Republican and presidential candidate widely disliked by his fellow senators, were to use the debate to be the first to call for Senate Republicans to block Obama’s nominee, it would be a disaster for McConnell. Republican senators would not want to appear to be doing Cruz’s bidding.

“I simply made mention to him that the debate was going to be that evening,” recalled Holmes, now a top Washington strategist as founder of the consulting firm Cavalry. “I was absolutely sure that Cruz was going to take the furthest position, and if that was McConnell’s view, he should get out in front of him. If it was branded as a Ted Cruz idea, he could lose half of his conference.”

McConnell might have preferred to hold off before injecting politics into the moment, but time was of the essence. So within hours of Scalia’s death, the majority leader’s office issued a statement that arrived just after six p.m. in the email in-boxes of busy reporters who were still digesting the news while wondering if it would be bad form to begin raising the obvious political issues surrounding the jurist’s passing.

The majority leader’s statement first praised Scalia as a champion of the Constitution before ending with this startling edict: “The American people should have a voice in the selection of their next Supreme Court Justice. Therefore, this vacancy should not be filled until we have a new President.”

The alternative would have been for this to be positioned as a fringe idea, allowing Democrats to peel off enough Republicans to force a floor vote. Instead, the Republican caucus held strong. McConnell was denounced by the other side, of course, but his position was widely seen as a partisan power play, not an abuse of power.

This is not something the bomb-throwers in a caucus can accomplish. This kind of hard work can only be accomplished by sober-talking professionals like McConnell. If you prefer the more ideologically pure to the moderates, keep in mind how much less safe-seat Republicans could accomplish without the support of more vulnerable caucus members and the kind of leader it takes to hold a majority together.