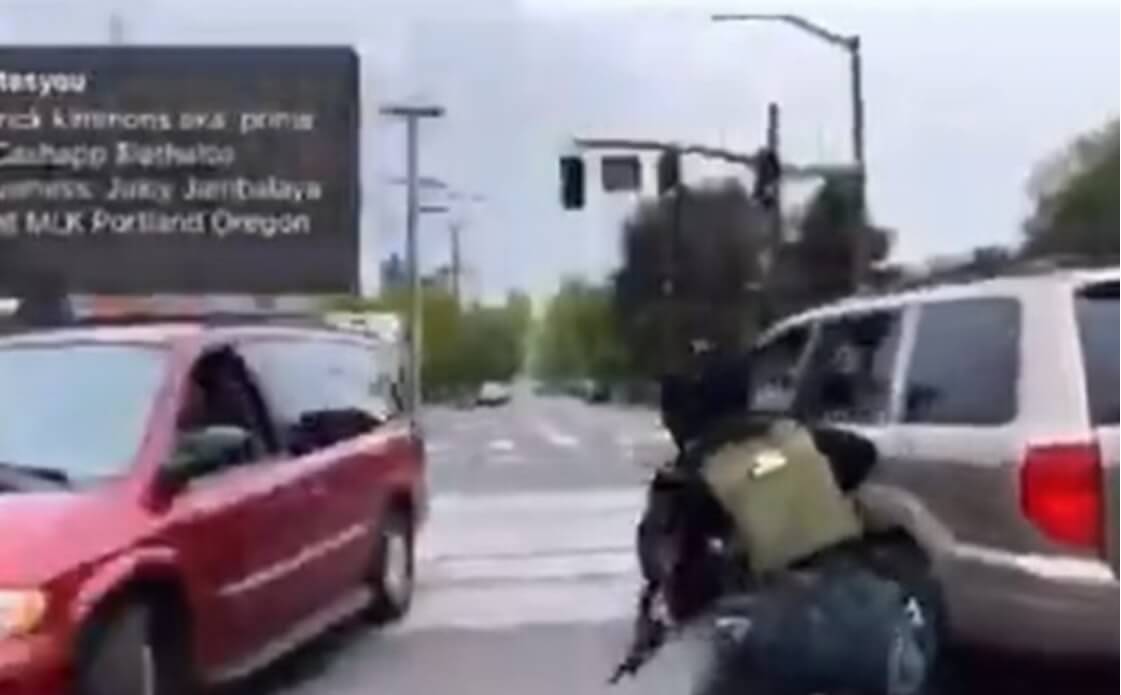 A disabled veteran was driving home from work when he came across a group of armed, ANTIFA and BLM supporters in North Portland. The man, Joe Hall had the keys from his vehicle stolen while he was trying to get away from the crowd, which lead him to exit his truck. When the man had a rifle aimed at him, and attempted to defend himself, he was tackled, and beaten into critical condition by these “peaceful protestors”. This is the description according to the Portland Police:

“On May 5, 2021, at about 12:12 p.m., Portland Police were dispatched the report of a pedestrian struck by a car near North Interstate Avenue and North Killingsworth Street. This was related to a large group walking in the street there. As officers arrived they did not find any pedestrians who claimed to have been struck. The large group had moved away, still walking in nearby streets, some openly carrying firearms. Officers remained in the area searching for anyone who may have been injured and to collect evidence and information. Additional calls came in from people who had been driving vehicles in the area and who were blocked by the crowd in the street. One person said people in the crowd broke out their vehicle windows, damaged tires, and sprayed them with some kind of irritant near North Interstate Avenue and North Killingsworth Street. A person in another vehicle blocked by the crowd near North Alberta Street and North Michigan Avenue got into a dispute with people who surrounded him and took a firearm from him, as well as tools and keys. Portland Police attempted to collect as many statements as possible from those involved.”

Lars spoke with Joe to get the full story, Listen Below: