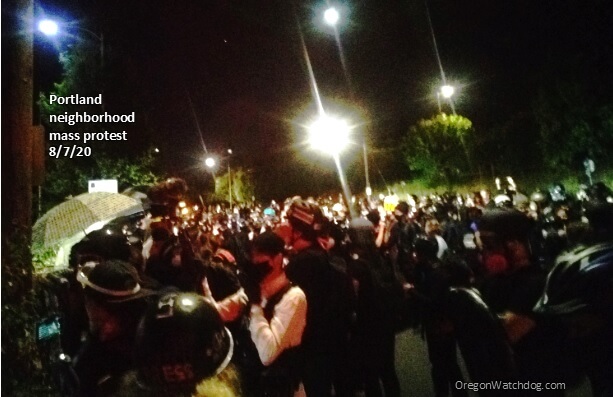 What the public may not fully understand from the reporting is that these clashes can occur over several blocks and wind themselves through many unsuspecting streets. For instance, on Friday night a row of officers broke up the riot in front of the Sheriff’s office, but the unruly crowd kept together and just began walking away from the site and then through different neighborhoods. The police followed the protestors as they moved.

As protestors moved there would be stand-offs between them and police.

The photos below shows the protestor side and police side of one of the stand-offs in the middle of some random street in Portland. 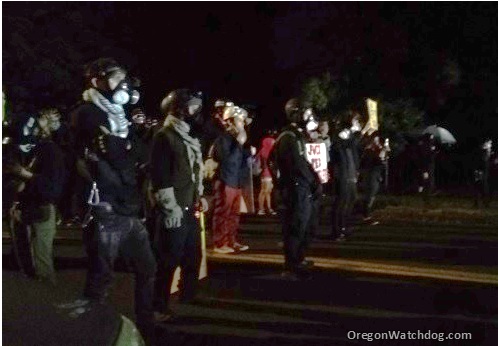 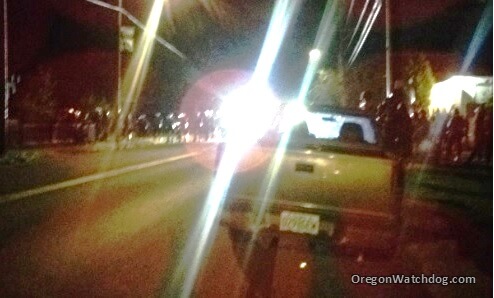 So imagine waking up at 1:30 in the morning to finding an intense battle between protestors and police.   The police using massive flood lights and loudspeakers and the demonstrators using bullhorns to scream insults and obscenities at police.

This particular stand-off ended when protestors began making their way back to the Sheriff’s Office. After 2:00 AM the crowds appeared to run out of steam.

Below is a photo of the Portland Eastside precinct that was heavily damaged and consequently boarded up during the Thursday protest. 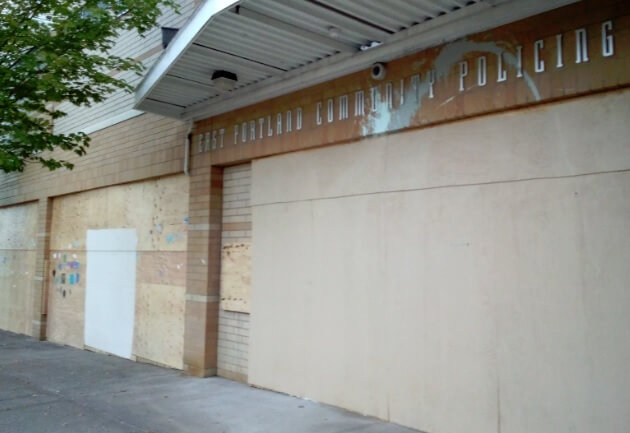 These examples show that the protests are much wider in scope and damage as people’s neighborhoods are pulled into the battle.

Support our independent journalism and reporting on these riots!