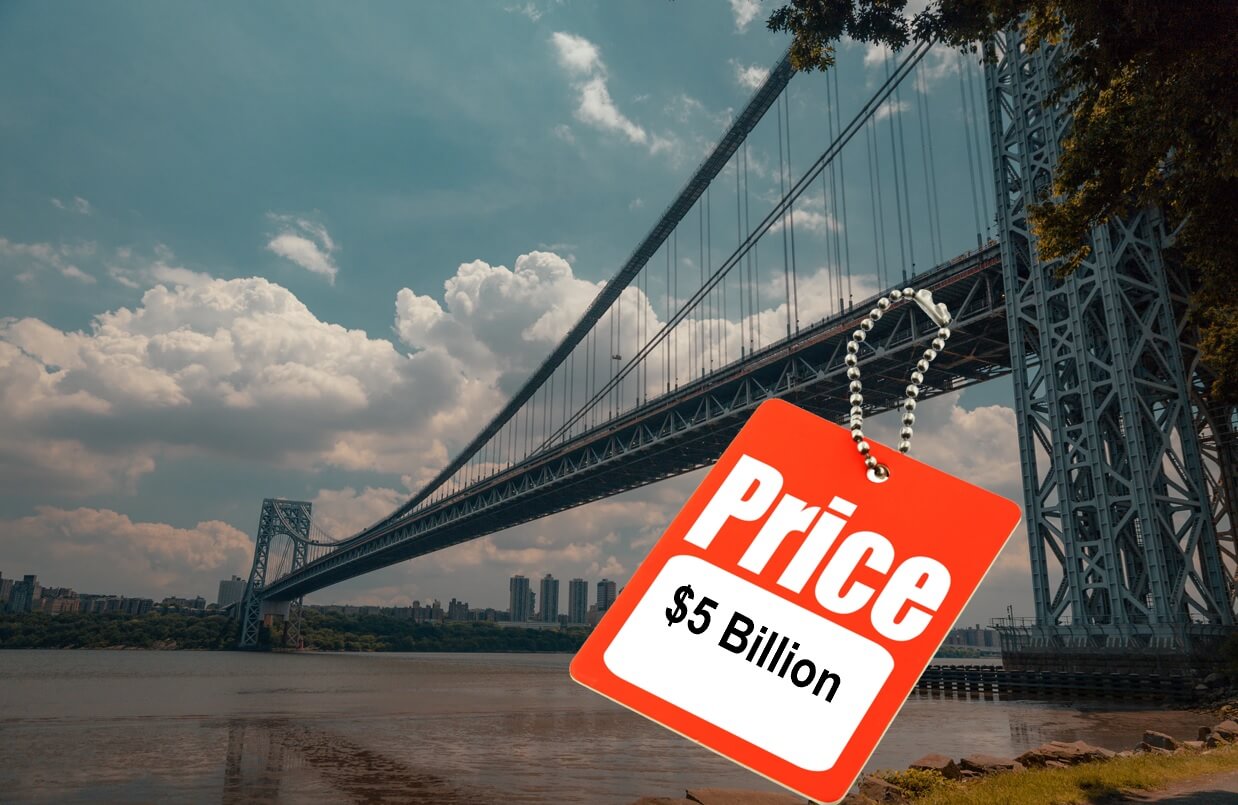 Oregon and Washington need a new bridge connecting I-five over the Columbia.

Politicians spent nearly a decade and almost 200-million dollars on a failed project that died 8 years ago.

Now, they plan to do it again.

Economic consultant Joe Cortright points out at his site, city observatory, that the I-5 project can be summed up in 3 fives.

Of course, that assumes it doesn’t go over budget…and if you pay attention you know that EVERY government projects goes over.

Just in case you find a 5 dollars outrageous, brace yourself. Courtright points out the state’s own estimates are worse “Peak tolls would be higher, and heavy trucks pay four times as much as cars ($20 per round trip, minimum).

Light rail is the cherry on top of this sad sundae.

The last time voters in both states were actually given a choice on light rail, they rejected it.

We should do the same.

The region needs a bridge over a river on the biggest transportation artery on the West Coast.

What we DON’T need is a five billion dollar boondoggle.

You can find a link to the project here: https://cityobservatory.org/the-real-i-5-project-5-billion-5-miles-5-tolls/