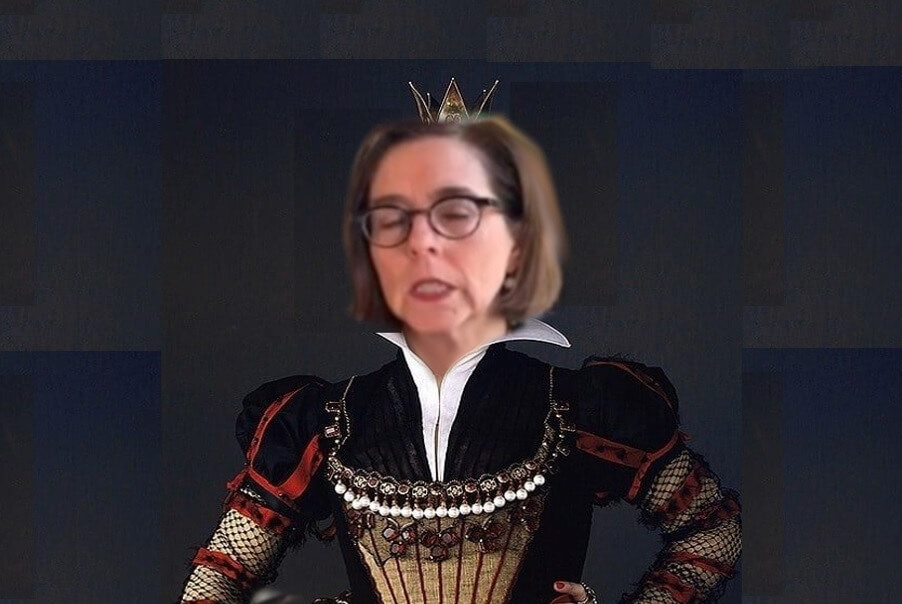 Oregon seems to like being first in exactly the wrong categories.

Case in point: Oregon’s dictatorial Governor, Lockdown Kate Brown decided to make her state the first in America to require proof of vaccination to go mask free at work, in a store, or even in church.

Kate Brownshirt seems to think that when she commands “make it so” stuff happens, without considering “how this is actually going to work”.

Already, the business community and the churches are questioning “are we now YOUR vaccine police”? And what are we supposed to do when citizens simply refuse to go along.

I predict this ends in one of two ways.

Kate comes to her senses like her ideological cousin, Jay Inslee in Washington state, who says the mask and vax rule will be “on the honor system”.

That’s not as likely as the second result: some businesses will softly ignore the rules by adopting Inslee’s approach…while on the surface following the rules well enough to pass muster with state agencies that have threatened enough fines to destroy many businesses.

I encourage all of you to watch this and start to treat Governor Brown’s crazy edicts the way you would a mentally ill family member who rants and raves.

Smile, nod and humor her…and then remember, you’re a citizen, not a subject.

And she’s an elected official…and not Lewis Carroll’s Queen of Hearts.