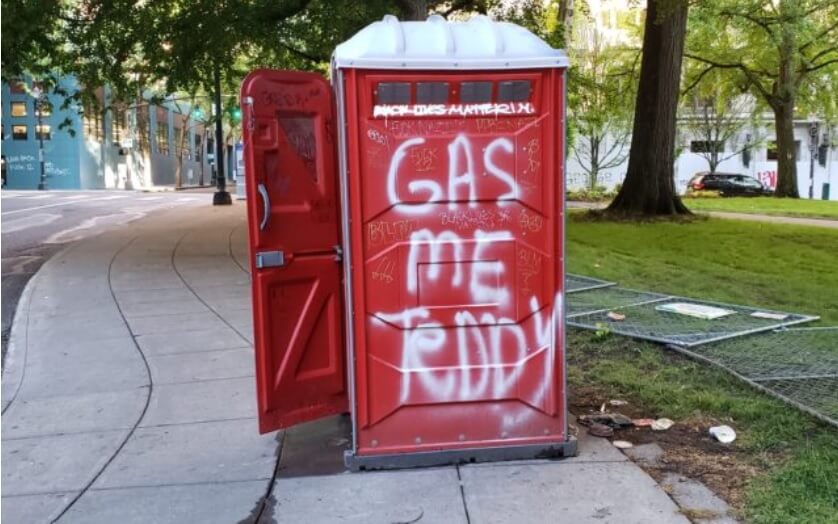 Maybe we should just resign ourselves to ongoing riots.

After all, the current leadership of Northwest cities seem content to let it go on night after night.

About 200 of the usual suspects from Black Lives Matter and Antifa staged another riot.

They set a dumpster fire, shot fireworks at cops and smashed windows at multiple locations.

Police arrested five but we already know how that works.

Social Justice District Attorney Mike Schmidt will make disapproving noises and then give these criminals a slap on the wrist.

And then it will happen all over again.

They’re attacking government buildings so rioters know taxpayers will fund repairs so they can break it again.

It’s like an adult version of the wooden block game Jenga. Build the tower, knock it down…lather, rinse, repeat.

Meanwhile, commercial real estate sinks in value. Landlords figure they lost about 30 million in rents last year. This year could be bigger.

Portland’s fancy pearl district is the only place in the Northwest where the cost of condos has actually declined by tens of thousands of dollars over the last year.

No one wants to live there, not even Tear Gas Teddy.

Wheeler faces a recall but I doubt it succeeds. The alternative…radical anti-cop activist JoAnn Hardesty would take his place.