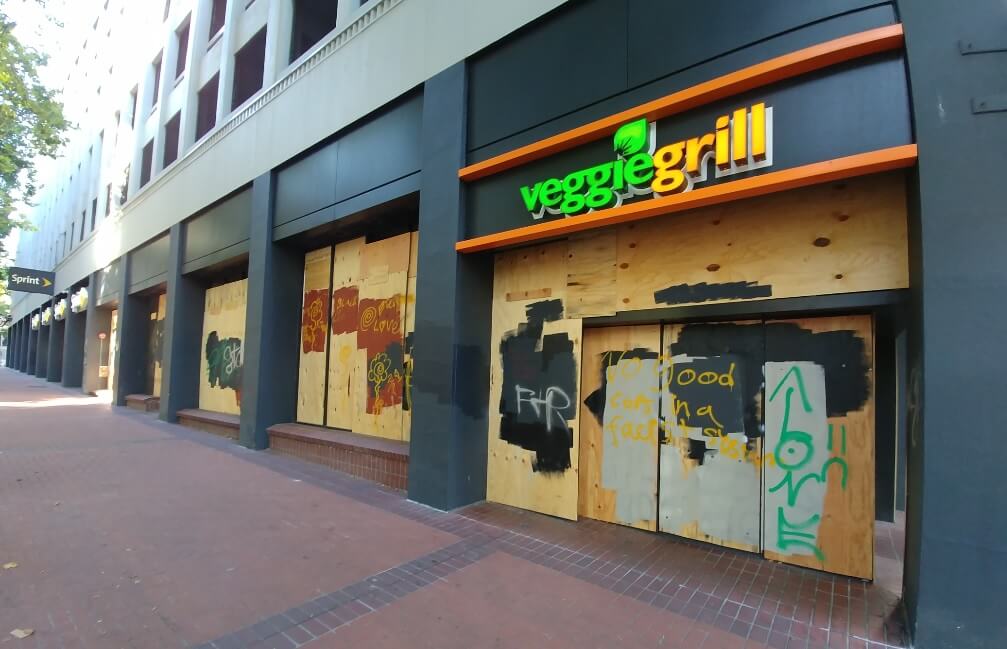 by Jim Pasero
This article provided by Oregon Transformation Newsletter.

To paraphrase an old joke: What’s a good Oregon w(h)ine? Answer: I wanna move to Idaho

How did we get to this place – where every day a neighbor or friend brings up the idea of moving to Idaho or Arizona, or some other red state, in order to escape the overwhelming decline in Oregon? What happened to our independent streak, our pioneer spirit?

In his memoir, “Shoe Dog,” Phil Knight writes about Oregon culture through the words of his mythic mentor Bill Bowerman: “The best teacher I ever had, one of the finest men I ever knew, spoke of that trail often (the Oregon Trail). It’s our birthright, he’d growl. Our character, our fate – our DNA. ‘The cowards never started,’ he’d tell me, ‘and the weak died along the way.’

“Some rare strain of pioneer spirit was discovered along that trail, my teacher believed, some outsized sense of possibility mixed with a diminishing capacity for pessimism – and it was our job as Oregonians to keep that strain alive.”

Men of Bowerman’s generation weren’t afraid to fight to preserve what their families had earned on the Oregon Trail. In 1945, Bowerman ended up negotiating a German surrender in the Italian Brenner Pass while serving in the Army’s 10th Mountain Division, earning him one Silver Star and four Bronze Stars.

Last month in “George Soros and his Acolytes,” we discussed in this newsletter how our generation, the baby boomers, has become paralyzed over Portland and Oregon’s homeless crisis and the sudden, dramatic deterioration of our civic culture. It takes a long time to build a civilized society, less time to destroy it.

We accused baby boomers of being unable to handle the crisis because we lack community ethos and spirituality and are too materialistic. But maybe those explanations don’t go far enough to explain why we are so paralyzed. Maybe, just maybe, we are simply afraid. Too afraid to defend our birthright.

This month, KOIN 6 news and Jeff Gianola took a clear, hard look at the paralysis of our leaders by airing a six-part series, “Is Portland Over?” The series is reminiscent of the 2019 documentary produced by KOMO TV, “Is Seattle Dying?”

In a Portland Tribune interview about the series, Gianola offered still another reason why our leaders are behaving so inadequately – ideological blinders.

“Here’s something that struck me while doing this series of stories,” Gianola said. “A man who runs Alpha Project, a very successful homeless transition center in San Diego, told me three years ago why he felt Portland struggled to get a handle on the homeless problem. He said, ‘In Portland, you have confused compassion with tolerance.'”

Gianola got us scrambling back to the archives of the Oregon Transformation’s sister publication, BrainstormNW magazine and a 2004 interview that pollster Tim Hibbitts gave about Portland voters in an article called, “Life in the Land of Latte Leftists.” Here’s an excerpt of that article from 17 years ago:

“In those very liberal cities on the west coast, San Francisco, Seattle, and Portland, Hibbitts asserts that voters are grumpy, but they don’t question the ideology. Instead they ‘say the leaders are not running the city effectively or that the leaders are getting bogged down in idiotic things, but they don’t question the ideology. Portland is an intellectually boring city. We have no intellectual debate here, just shades of liberalism. I haven’t seen any indication that a significant number of Portlanders think there is something wrong with this ideology.'”

Was Hibbitts on to something 17 years ago – that voters in Portland would rather cling to their liberalism than save their city from destruction? It is pathetic, really, but it may explain our present paralysis.

“The majority of Oregon voters truly believe in very liberal values. And what’s even more important for us to comprehend: For many voters, that’s exactly why they moved here,” wrote Oregon Transformation newsletter editor Bridget Barton, in “Blue, Blue Oregon,” January 2019.

Thanks to Jeff Gianola for reminding us what’s wrong with Oregon and why we are reacting the way we are, though not all received KOIN 6’s “Is Portland Over?” with the same appreciation we did.

The left-wing Portland Mercury responded to the series in predictable but hysterical fashion, calling the series “tireless and thoughtless.” Throwing these slurs is just sloppy tabloid trash compared to the onsite interviews and researched journalism KOIN presented.

Their editor-in-chief, Wm. Steven Humphrey, specifically listed the phrases he felt most problematic in a piece entitled, “The 7 Most Terrible Lines From KOIN’s ‘Is Portland Over?’ Article.” Here are a few excerpts from KOIN’s coverage that Humphrey and the Mercury found so egregious:

• Everywhere you look, the City of Roses, has become the city of trash and filth.

• In the past year, peaceful protests have been hijacked by violence, city landmarks have been defaced and torn down, and uncontrolled vandalism has forced the closure of businesses.

• The central business district – the heart of the city – is empty.

• Imagine you’ve just picked up visitors at Portland International Airport. You get in the car to take a ride downtown. As you drive west down I-84, you see dozens of tents line both sides of the freeway.

• Downtown Portland needs life support, residents don’t feel safe, a humanitarian crisis is playing out on the streets, and trash is piling up. It’s worth asking: Is Portland over?

It’s positively Orwellian to think any of these lines from the KOIN 6 series are so objectionable. But Humphrey and the radical left in Portland can’t handle the truth. He concludes with what’s really eating at him:

“Well, I would never deign to speak for all of Portland – but personally, I’m ‘over’ hyperbolic, poorly written and researched articles that glorify business people and demonize the homeless and anyone practicing their First Amendment rights. I’m also ‘over’ the constant screams of ‘look at this trash’ or ‘omigod, broken windows’ being prioritized over holding an increasingly militarized police bureau accountable for their actions or ignoring the racial inequity that continues to push people of color out of the city. And I’m especially ‘over’ downtown business boosters like KOIN pretending that the pandemic is ‘over’ and acting furious that the devastating problems caused by COVID haven’t already just magically disappeared.”

In spite of Humphrey’s rage, you have to ask yourself, is this the quality of the opposition that we are fighting? Are we really afraid of him?

Ben Sasse accuses opinion TV hosts Tucker Carlson, Rachel Maddow and others of being especially good at finding the “nuts” from the fringe other side of the aisle and putting them on TV to make them look stupid. He calls it “nutpicking.” But here in Oregon, nobody nutpicks the loony Mercury editor for his ridiculous claim that plain, flat-out truths are hyperbole. Humphrey’s views may be extreme, but these are the views of the ruling political culture in Portland, which is why Mayor Wheeler and downtown business leaders are so paralyzed in response to the destruction of their city. The backbone is weak. Fear is in the air.

They may not be afraid of Humphrey, but they are afraid of the angry, sometimes violent mob he represents. And why shouldn’t they be? Ours is an ugly toxic enabling political culture.

“The cowards never started, and the weak died along the way.”

Our generation is responsible for this crisis, and guilty of a lot of things, but …

Are we really cowards?