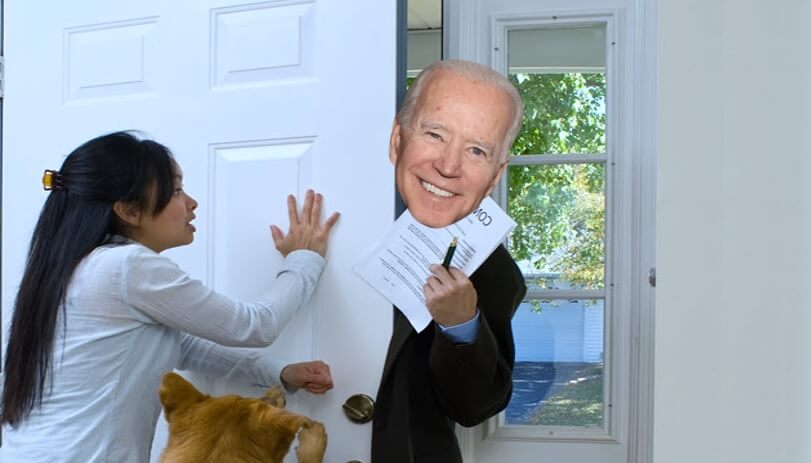 Most Americans bristle when someone shows up on their front porch pushing a message or a product they’re not interested in.

An infamous, fictional, movie serial killer once got laughs when he said “”A census taker once tried to test me. I ate his liver with some fava beans and a nice Chianti.”

Yet Joe Biden announced yesterday he plans to send government workers out to pester Americans who have decided NOT to take the Covid vaccine.

Quote “we need to go community by community, neighborhood by neighborhood and…literally knocking on doors – to get help to the remaining people protected from the virus”.

If you think the mask fights in supermarkets have been ugly, imagine the reaction to Biden’s latest blunder.

Biden’s gone bonkers and it’s easy to see why.

He bad mouthed the vaccine all of last fall, even saying he might not take it if it came from Donald Trump…but Biden and his wife took the shots a month after the election

Now, a guy who admits he often forgets he’s the President…plans to send out Biden Busy Bodies to pester you on your front porch to demand “your vax papers please”.