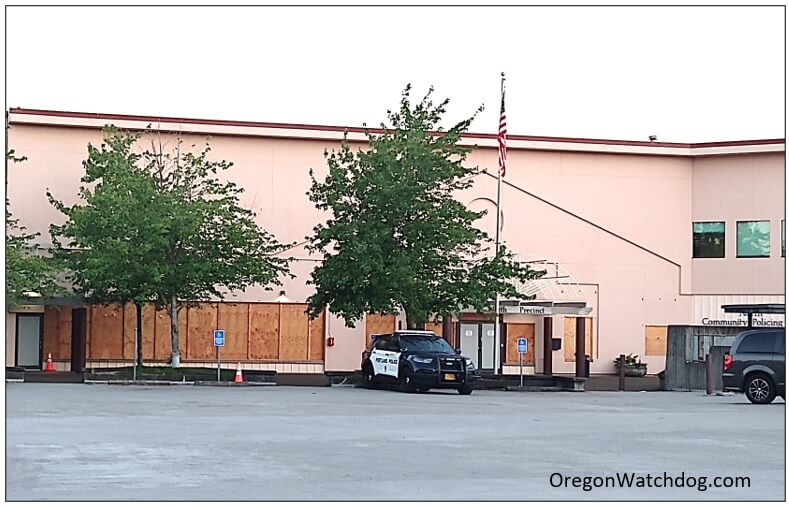 One Portland Police Station in North Portland on MLK Blvd. was boarded up on every single window.  This station is right across the street from the Portland Boys & Girls Club.  This is what happens when you defund police while letting 80% of rioters go free.  Rioters end up destroying so many windows that it becomes unrealistic to actually have windows.

Another station had their patrol cars vandalized in their parking lot last week (Andy Ngo clip). 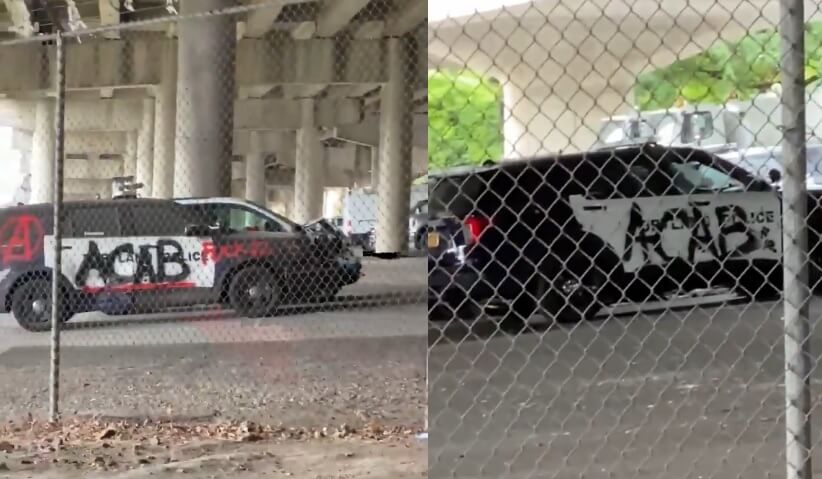 This is what de-funding the police looks like this summer.

THe police department did not look much different than Portland City Hall.  All boards, no windows. 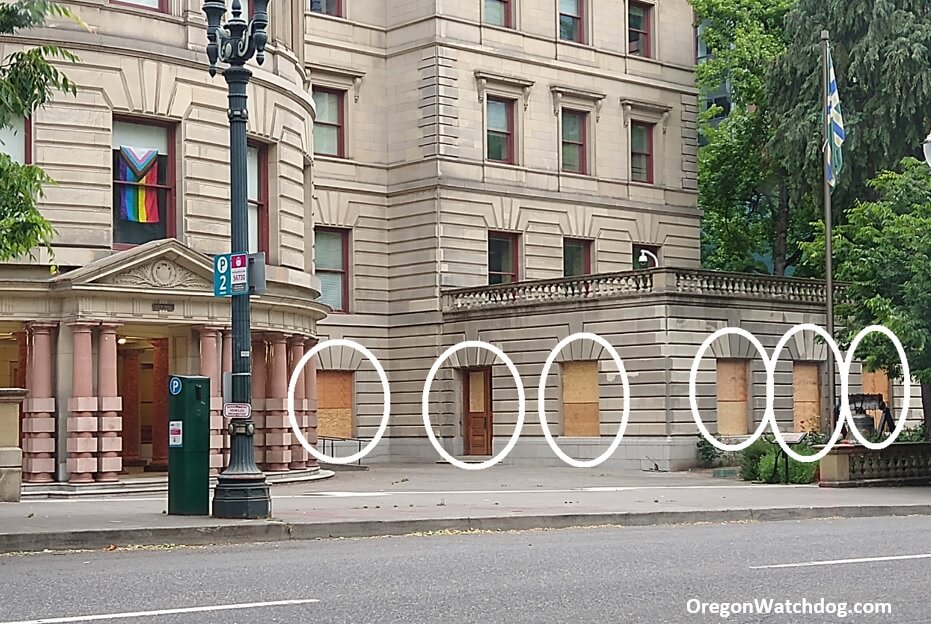