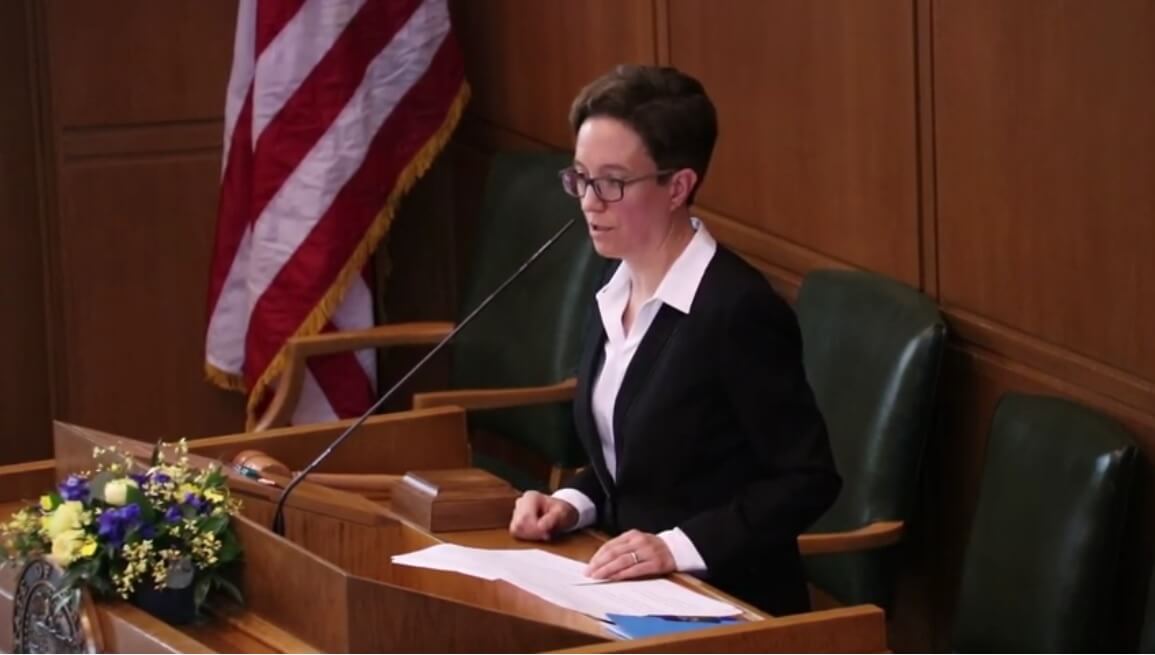 Willamette Week is reporting from multiple sources that Oregon House Speaker Tina Kotek is considering running for Oregon Governor.  Tina Kotek has been Oregon House Speaker for nearly a decade, longer than canyon else, and would be formidable challenge to the Democrat candidate contenders.  Speaker Kotek has been the leading force pushing Oregon’s liberal extreme agenda and higher taxes in the Oregon Legislature.  In doing so, Kotek isolated and frustrated the moderate wing of her House caucus members.

Willamette Week further reports that the decision is still beingweighed, ““The speaker is thinking about how she can continue to serve Oregon in the next phase of our recovery, including potentially running for governor,” O’Brien tells WW. “She understands the significance of the decision and has not made a final decision yet.”

As a testimony to Kotek’s extreme stances, last year her chief of staff was arrested at very violent Portland riot where a Molotov cocktial was thrown at police.