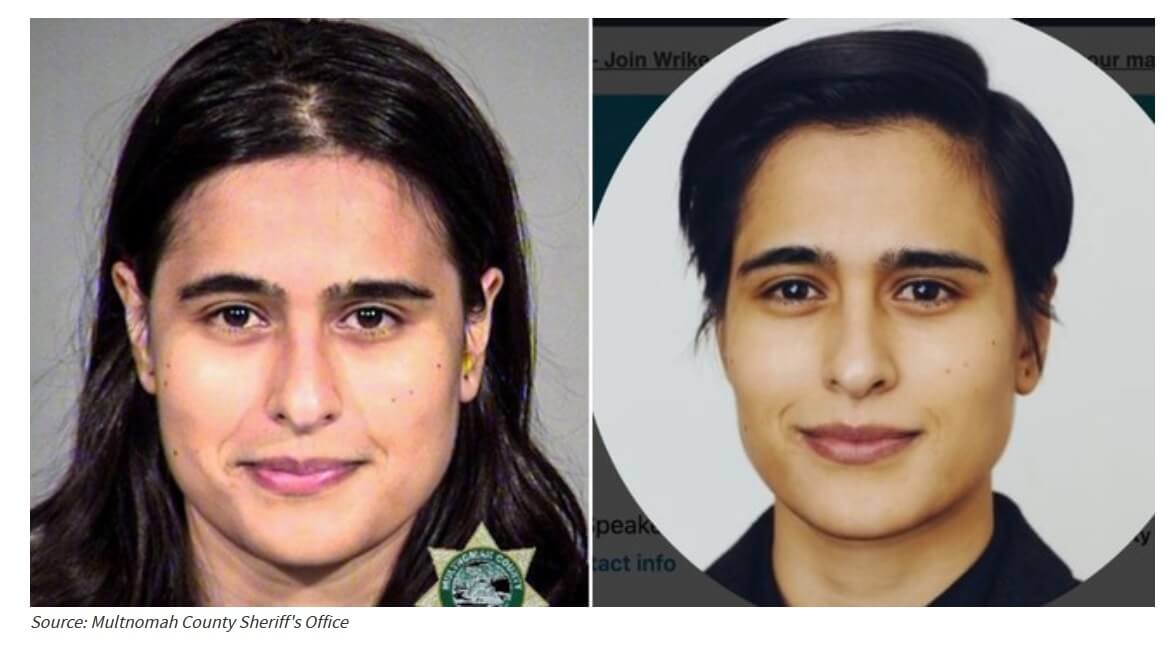 The Legislative Director for Oregon House Speaker, Tina Kotek, was arrested by the Portland Police last week for rioting last September 5. She was charged for interfering with a police officer and released without bail. Kristina Narayan was arrested, along with 58 others, and features her job with the House Speaker on her linked in.   It even made news in Great Britain.

Here is the Police report,

“Many in the crowd were carrying large shields (photo) and dressed in protective gear including helmets, gas masks, body armor, and all black clothing. It was clear that the intent of the crowd was not [a] peaceful protest. Therefore officers were positioned in such a way that prevented the march from reaching East Precinct. A police vehicle outfitted with a loudspeaker advised the crowd that, for the safety of city employees and all community members, the march would not be allowed to proceed that direction.

“At about 9:15p.m, as the crowd approached officers, individuals began throwing multiple firebombs at officers. One of them caught a community member on fire. Officers later located the injured person and Portland Fire and Rescue medics offered treatment. The injured person was later taken to a hospital by private vehicle.”

Remember House Speaker Tina Kotek previously criticized police during riots, calling it “unacceptable. It was an unnecessary escalation by the PPB against people exercising their freedom of assembly and freedom of speech. It showed an utter inability to exercise restraint. Smart policing is when an officer can differentiate a minor provocation from a serious threat. Nothing about this was smart.”