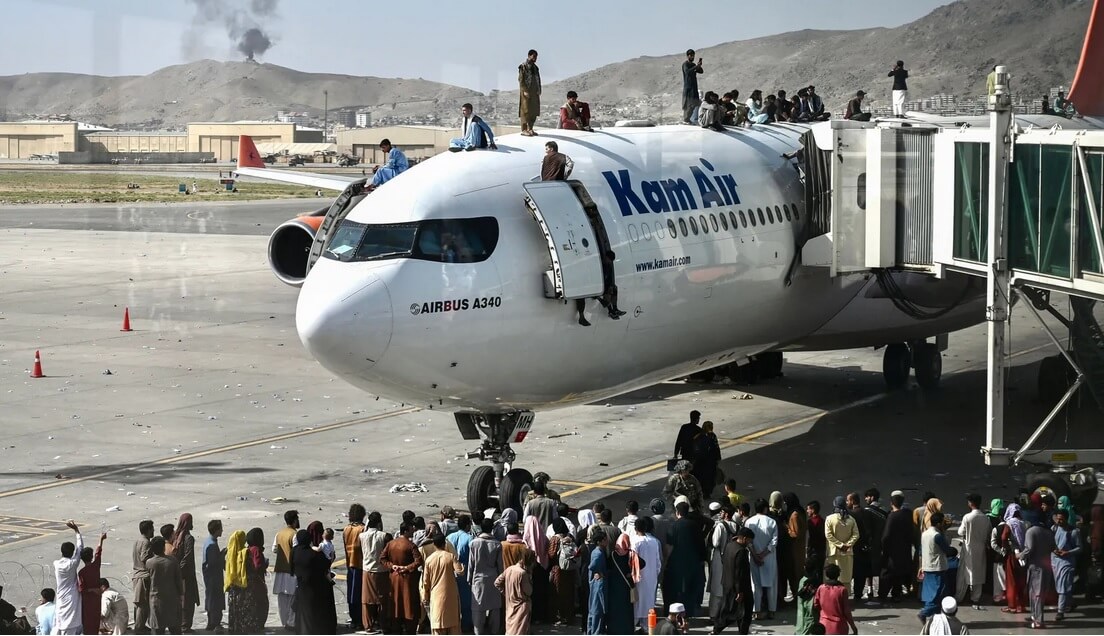 Joe Biden’s “Saigon” moment has arrived and HE’S on vacation.

46 years ago, Americans saw pictures of personnel airlifted off the roof of the American Embassy as the North Vietnamese invaded the Capital city of Viet Nam.

This past weekend, helicopters ferried American embassy staffers to the airport in the capital city of Afghanistan…where, today, evacuation flights have been shut down because of the chaos.

Five weeks ago, when a reporter challenged President Biden that his own intelligence experts predicted a quick collapse of Afghanistan as the Taliban terrorists took control of the country.

Biden flatly denied it would happen.  Now, it is happening.  The vacationing Commander in Chief has now ordered a total of six thousand American troops into harm’s way to try to rescue our people.

We hear from the White House this morning that Biden plans to brief all of us here at home in a few days.

Meanwhile at Hamid Karzai airport in Kabul, warning shots from U.S. Marines when mobs of people breached barriers. Video shows thousands of people running alongside aircraft…some of them clinging to the outside of the aircraft in a bizarre attempt to catch a flight out of the live fire zone.

Biden has bragged for the past year that the Afghanistan exit plan is his and vice President Harris claims she has made key decisions on how it happens.

I’m wondering if they’re as anxious to take credit for the debacle now?