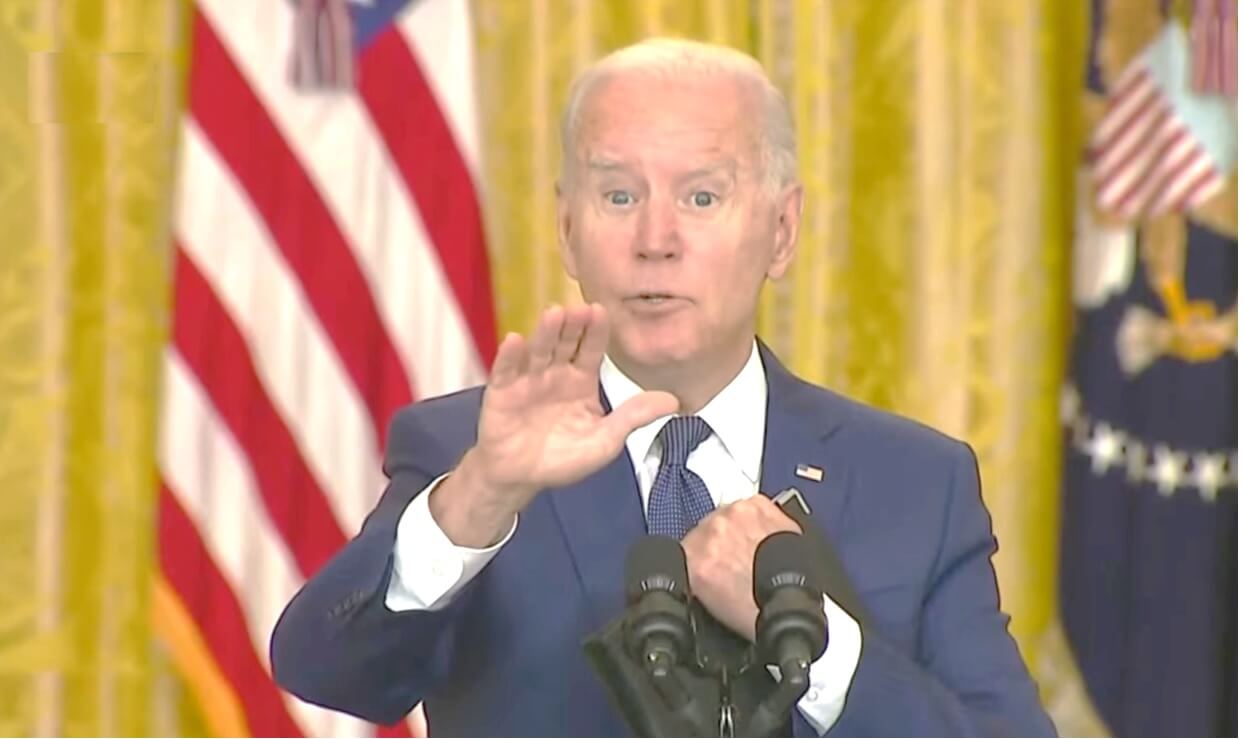 If you thought Joe Biden’s bungling of the exit from Afghanistan was bad last week, just wait.

We’re on the eve of the Taliban set deadline…which Biden refuses to bust…and hundreds of Americans are still stuck in Kabul and may be left behind.

Friday night the Pentagon bragged that it dropped a missile from a drone on two of the top terrorists who murdered our brave warriors last week. But when a skeptical press corps asked for their names the White House refused and it became clear Biden had used the infamous, Bill Clinton “throw a missile thru an empty tent if you need a distraction” playbook.

Then on Friday, Biden met with Israel’s new Prime Minister and appeared to fall asleep. Of course, the White House claims he was only deep in thought. Uh huh. Sure.

Biden attended the ceremony in Dover, Delaware as the remains of 13 American military men and one woman were returned home, after making the ultimate sacrifice.

The First Lady had her hand on her heart as Joe was checking his watch.

Meanwhile, back in Kabul, our military stopped a terrorist attack by hitting a vehicle with another drone missile. Unfortunately, taking out a terrorist vehicle full of explosives in a residential neighborhood took the lives of 9 civilians including women and kids.

Opinion polls show Americans think Biden is screwing up badly on the exit from America’s longest war…but elections, even elections filled with fraud, have consequences.