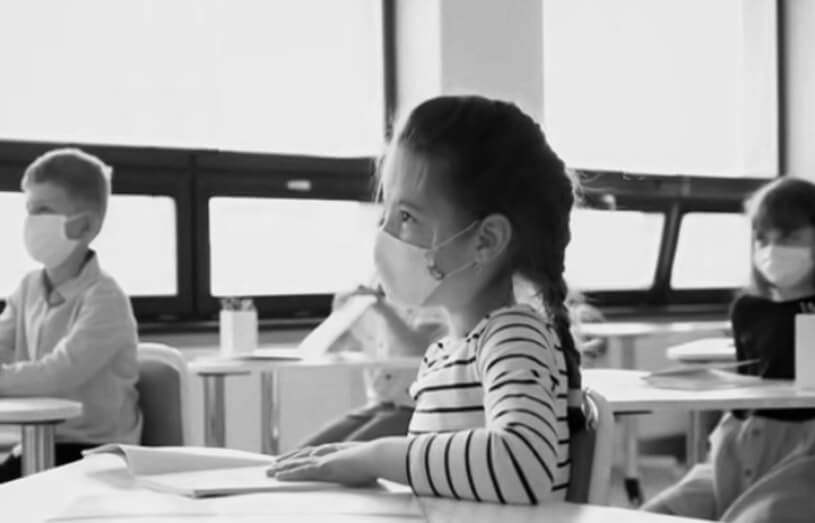 Families in Oregon are gearing up to weather the third straight COVID-affected school year, expecting to again have to endure periods of substandard remote schooling and the disruption of their work routines, and their kids’ sports, recreation and social lives. One can sense growing frustration with what the institution of K-12 education has revealed about itself since school closures began in spring of 2020.

When the schools closed, districts had to figure out how to deliver remote instruction at scale on the fly. They can’t be faulted for the inadequate product they cobbled together – they didn’t have a digital platform or digital content or training in online instruction. For the most part, they tried to replicate the in-person classroom in a virtual environment, which meant kids as young as first graders were asked to sit though hours of Zoom sessions as the teachers tried to manage a “classroom” of 25 windows of students as they went through their lessons each day.

It didn’t take long for parents to understand this was essentially useless. Attendance was sparse, and parents could see that if their kids were going to learn anything useful, it was basically up to the families to teach it.

But if it were just a short-term disruption until the COVID threat eased, families could weather it. After all, most of their work lives were disrupted as well, and they were stuck at home, too.

It pretty quickly became apparent this was not a short-term phenomenon. But did school districts use the federal funds showered upon them to invest in online learning platforms, training, digital content, or to equip families with the necessary technology to learn at home?

Hardly. As we now enter the third COVID school year, few districts are much more prepared to deliver effective remote learning programs than they were in the spring of 2020. As families saw the ineffectiveness of these emergency distance learning programs, they flooded to enroll their kids in the many virtual charter schools in Oregon that have been delivering fully online programs since 2005.

In other words: “Parents, you’ll take what we give you.”

Meanwhile, teacher unions used the crisis as a political opportunity. They demanded and succeeded in getting $68 billion in federal COVID funds for schools. They insisted that almost none of these funds could go to private schools or to expand access to them. Randy Weingarten, the head of American Federation of Teachers, brazenly insisted that she was working to reopen schools while she lobbied the CDC to increase barriers to reopening them in their official guidance.

One thing that the unions apparently don’t hate teaching, however, is racial justice ideology. As parents were denied access to school options for their kids, they could see for themselves on their kitchen tables what was actually being taught.

Videos of teachers using the classroom for social justice indoctrination went viral, and people started to dig in to see what schools were doing under the banner of “diversity, equity and inclusion.” They found many examples of teachers pushing elements of a toxic ideology known as Critical Race Theory (CRT), a variant of Marxism that uses race rather than economic class to separate the populace into the “oppressed” and “oppressor.” It was revealed that three Oregon school districts, Tigard, Beaverton and Portland, were all-in on CRT-style indoctrination.

The national controversy over CRT is still boiling today with plenty of disinformation from both sides. But the National Education Association (NEA) put to rest, once and for all, the question of whether or not schools were actually pushing this toxic ideology (which many had outright denied). The NEA voted at its national convention in June to publicly “convey its support” for Critical Race Theory programs and to oppose the legislation that many states have considered to prohibit it.

Gov. Brown showed her commitment to racial justice by unilaterally deciding that because achievement testing reveals that students of color have lower scores than their white counterparts, a high school diploma should be granted even for students who cannot demonstrate basic proficiency in reading and math. Some Babylon Bee headlines seem more believable.

So where does this leave Oregon families as they head into another year of uncertainty? And what are the public policy implications and the possibility of giving them access to an effective school for their kids?

The institution of public education has been pretty clear in its message to parents: “You’re on your own. If you have the resources to home school or attend private school, fine. But if not, your kid’s diploma might be meaningless and you’ll just have to take whatever we decide it is convenient for us to provide. Oh – that includes our social justice agenda.”

It’s little wonder that K-12 school enrollment nationwide is down and 18 states (a record) have passed legislation expanding existing school choice programs or establishing new ones. If the institution is telling parents they can take what’s offered or figure it out for themselves, at least some states are giving parents the options to do just that.

As Oregon heads into the 2022 election cycle with a 30-year losing streak for Republican gubernatorial candidates, schools could be the centerpiece of a victory. Family frustration – from suburban moms to inner city minorities – is as palpable as it is nonpartisan.

The institution of K-12 education can’t be “fixed.” It is wholly captive to the adults who control it. To be certain, there are many people in the system – likely a large majority – who care first about the academic success of the kids. But for the elites who are in charge, academics is a priority, shall we say, somewhat further down the list.

The “COVID Moment” has revealed this reality to parents in a way they simply couldn’t ignore – their lives and their kids’ academic success were disrupted in a way they never dreamed possible.

The answer is to disempower the institution, which no longer serves the ends to which the public entrusts it resources. Give families the resources now controlled by the elites; let parents use those resources to arrange for their kids’ schooling.

It’s a simple message, and it is likely to resonate.