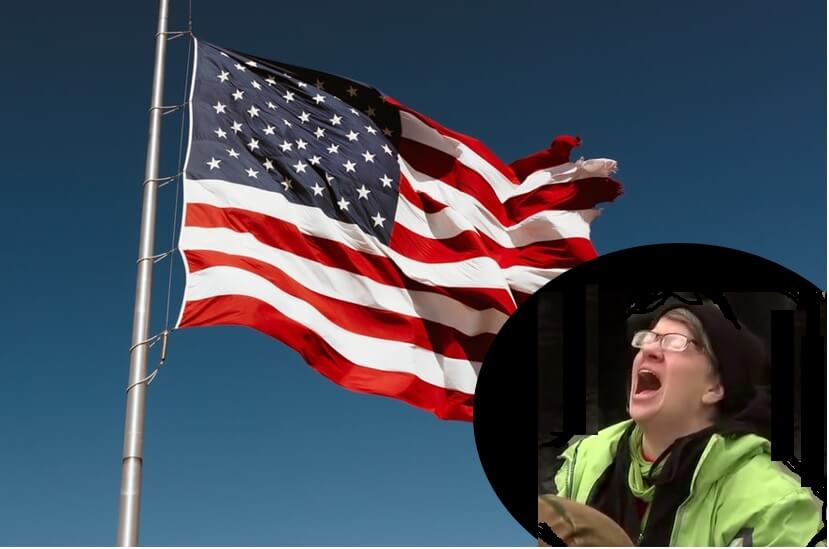 A Newberg High School teacher and former Newberg Education Association President, Gail Grobey, has decided to remove the American Flag in her classroom calling it “”violence and menace and intolerance.” and in another case calling it “terrifying”.

The teacher is protesting her district’s decision to restrict schools to flying the American and Oregon flags as the lead flags on school property.  This upset some who wanted to fly LGBTQ Pride flags and Black Lives Matter flags as the official school flag.

Grobery is now trying to rally Education Association against her district.

In similar news, this summer an Oregon City School Superintendent called a flag waving event racist.  Most of the flags were American flags with some Support-the-Police flags and Don’t-tread-on-Me flags Molalla Mayor Scott Kelser called for his resignation.

— Photo from unsplash and pic of famous liberal protester known as Woke Skywalker.