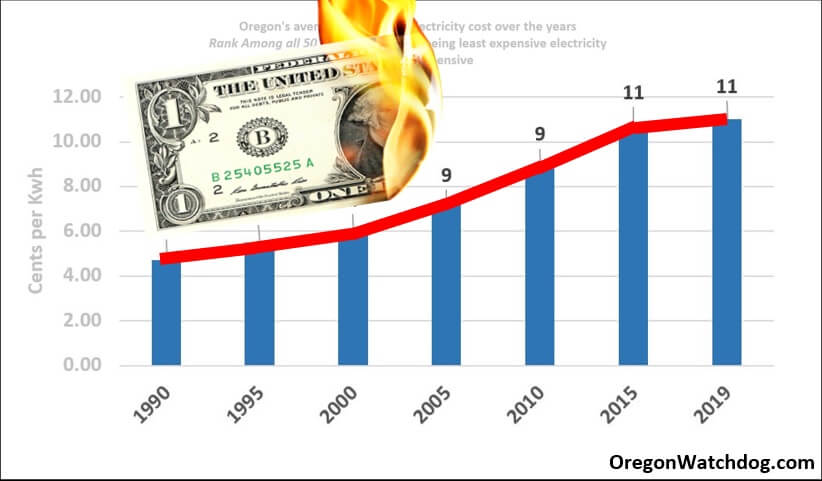 Level 2 charging is still very time consuming, as it takes one hour to fill the car battery for enough electricity to go as far as only 32 miles or so. By comparison, I can stop at the local gasoline station and fill my conventional gasoline fueled car in ten minutes or less with enough gas to go over 300 miles.

The level 2 Electric Vehicle Charging station itself costs over $580. But installing the equipment requires contracting with a professional electrician, and this itself could be upwards of $2,000 or more, on top of the cost of the equipment itself.

Let’s not forget the taxpayer is already subsidizing nearly 100% of the additional cost of the electric car purchase against that of the conventional gasoline car purchase. For instance, a Chevy Bolt (all electric) is retailing for $31,000 against a similar functioning KIA Rio retailing for $18,000. The federal government subsidizes as much as $7,500 towards the electric car purchase; and Oregon, now with HB 2165, subsidizes as much as another $5,000.

The stated intentions of these kind of Oregon government sponsored programs is to reduce our carbon emissions by 45% from 1990 levels by the year 2035 and by 80% by the year 2050 (Oregon Governor Executive Order 20-04). This, too, is highly unrealistic. Since the year 1990, the average fuel mileage of light duty vehicles has increased by less than 20%, improving from 20.2 miles per gallon to 24.1 miles per gallon in the year 2019 (U.S Energy Information Administration).

This year the Big Three domestic automakers volunteer to make and sell 40 to 50% of their cars as electric drive by year 2030, including plug-in hybrids (Wall Street Journal, August 4, 2021). The time limitations of level 2 home electric vehicle charging, coupled with the tendency of plug-in hybrids to continue using gasoline as the main fuel; all adds up to rather dubious goals for laws like HB 2165.

What could very likely happen is people hold onto their gasoline fueled vehicles longer than the current average life of the car, which is now some 12 years (Wall Street Journal, June 14, 2021). The current stock of cars in the U.S is said to be about 275 million. Less than 2% are currently either all electric or plug-in hybrid. My best guess based on these numbers is that by the year 2035, at best we will be 25% more car fuel efficient than the 1990 level, and maybe 40% more fuel efficient by the year 2050 (this is average fuel use per vehicle not considering the primary source of electric generation, U.S). So, we end far from the goals 45% by 2035 and 80% by 2050; and taxpayers and ratepayers carry a heavy burden for less than half the carbon reduction promises.

I leave you with the following chart showing Oregon’s rank in retail cost of residential electricity. 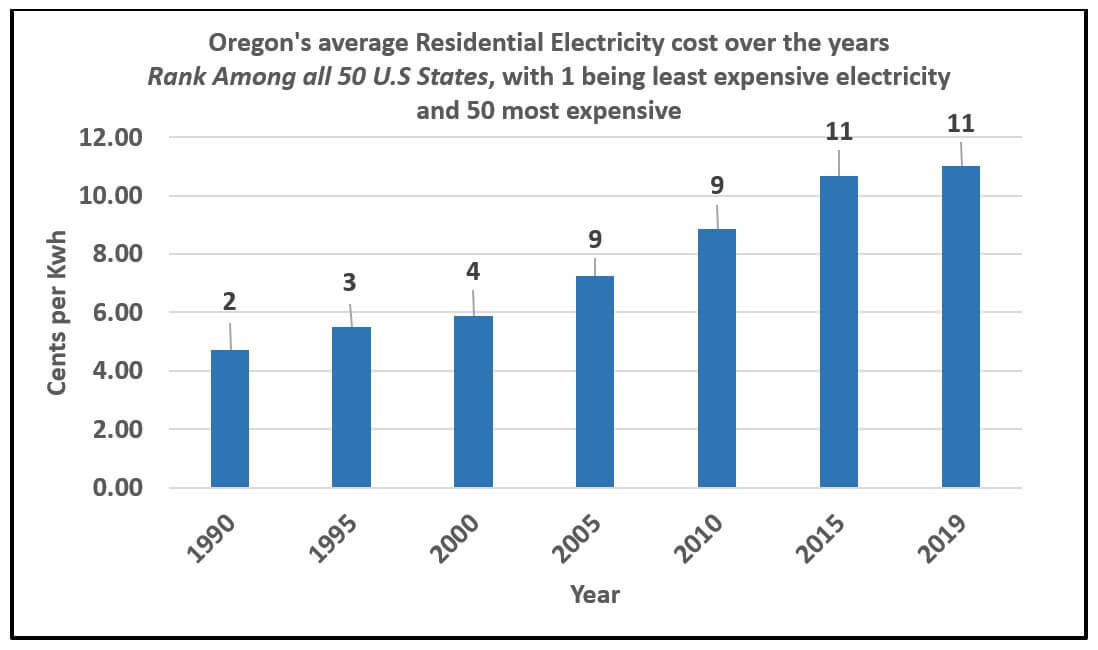 It shows Oregon steadily falling from one of the least expensive of 50 states in providing home electricity to much less so by the year 2019 (U.S Energy Information Administration retail price data by state and year).

Washington state meanwhile retains its number one ranking as least expensive in retail residential electricity prices. My guess is this is because Washington state’s electricity industry is provided mostly by public utilities with their own set of elected officials; independent, local and much less regulated by state government. Oregon is dominated by private utilities such as PGE and PacifiCorp both of which are targeted by Oregon legislators and governor.