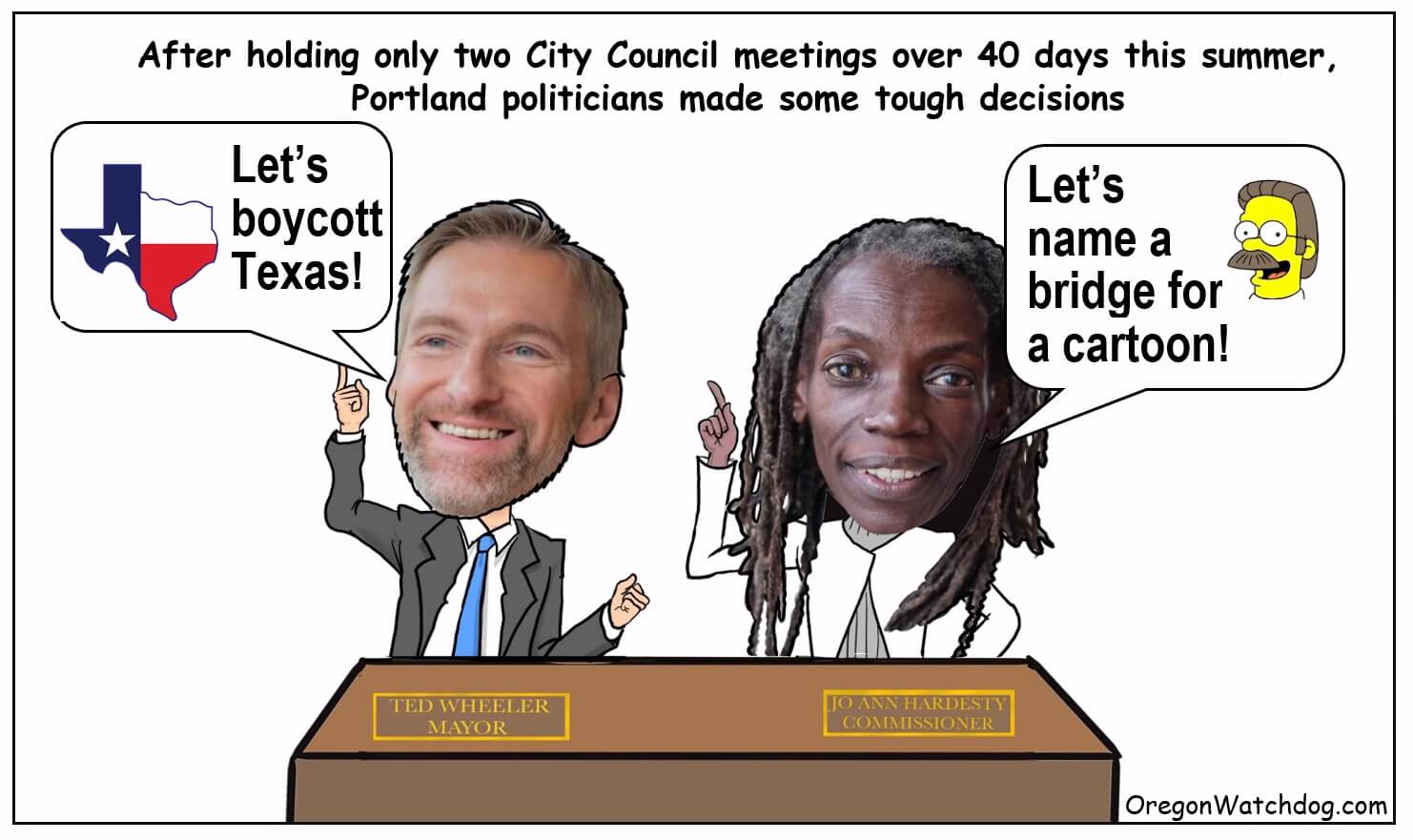 We could not let this moment pass when Portland barely had any City Council meetings last summer while the City still struggled with a pandemic (near high cases), riots that made national news and the worst performing job area in Oregon.  Hardesty took off the entire time from Aug 2 to Sept 6th.

We applaud vacation time for our esteemed leaders, but not at the expense of ignoring real crisis’ and elevating silly ones.  Mayor Ted Wheeler decided to start a boycott war with Texas, which failed miserably, and eventually was retracted by the Mayor.  AT the same time, Joann Hardesty held a press photo-op to announce the newly named Ned Flanders bridge after a Simpsons character. 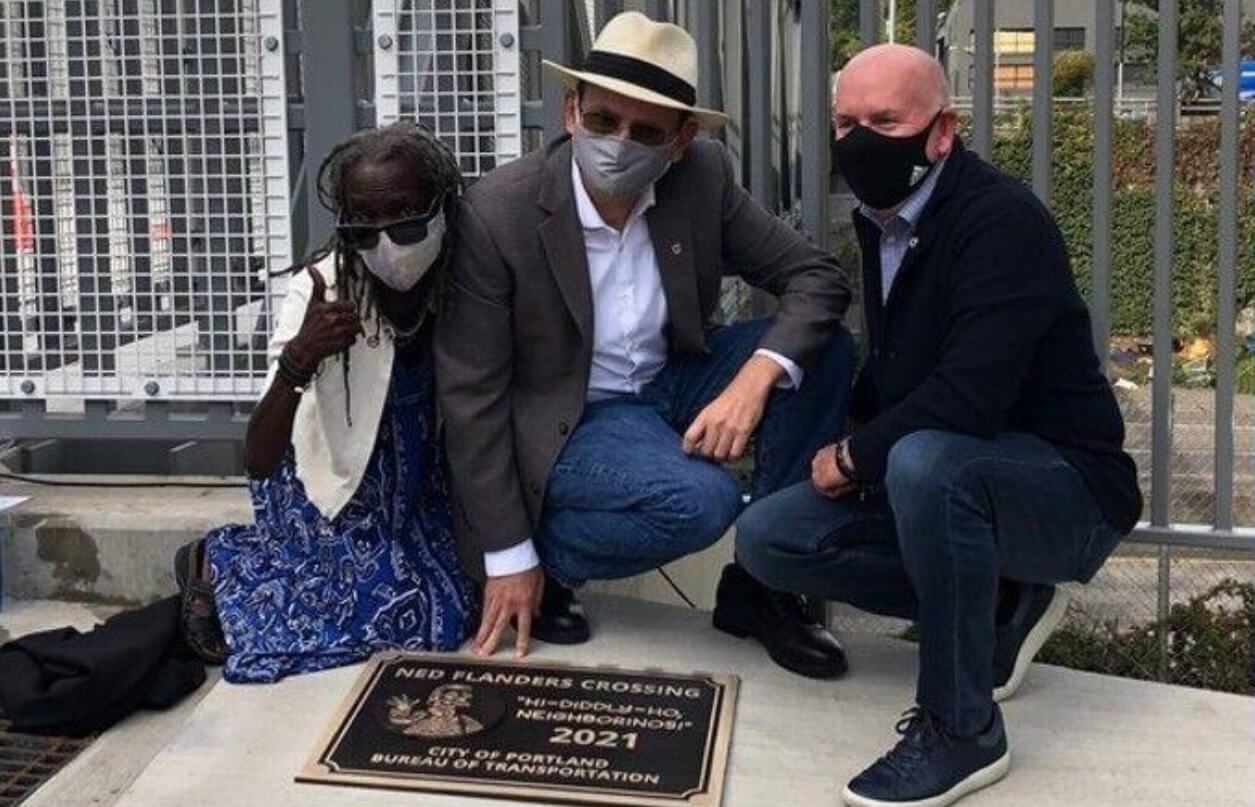 While Hardesty touted this transportation accomplishment, the Portland Rose Quarter road project is spiraling over of control by tens of millions of dollars and a just released audit of the City gas tax revenue shows gross mismanagement for the second audit in a row.

We are not the only ones laughing ta Portland, check out the Babylon Bee meme. 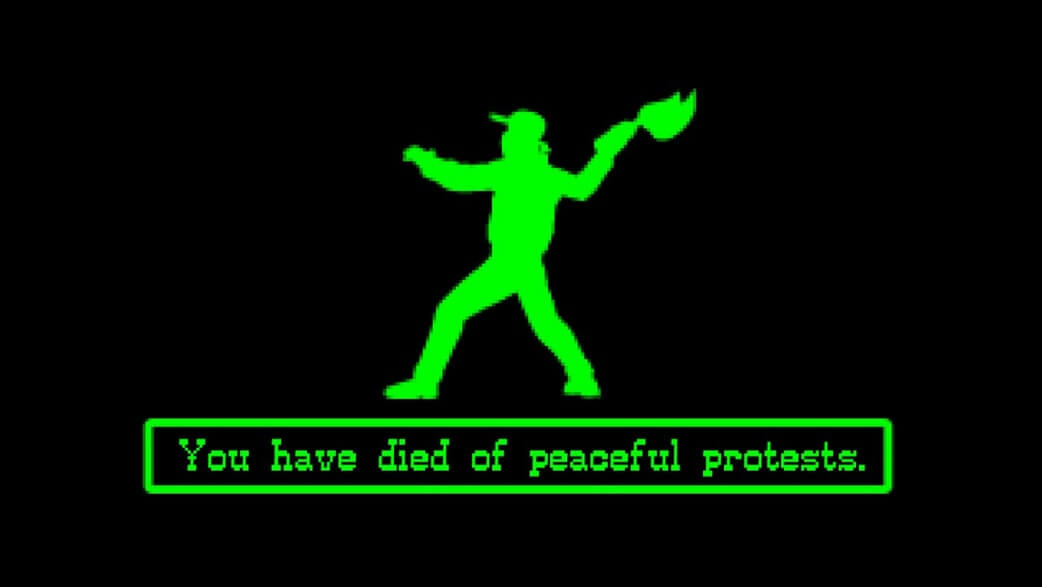