These metal barricades were set up to stop police officers from entering the Portland Autonomous Zone.   They are disturbingly similar to the ones used by fascist Nazi’s to injure and slow down Americans on the D-Day invasion.

Already rioters have pushed back police by attacking their vehicles, assaulting them with paint, rocks and fire extinguishers. 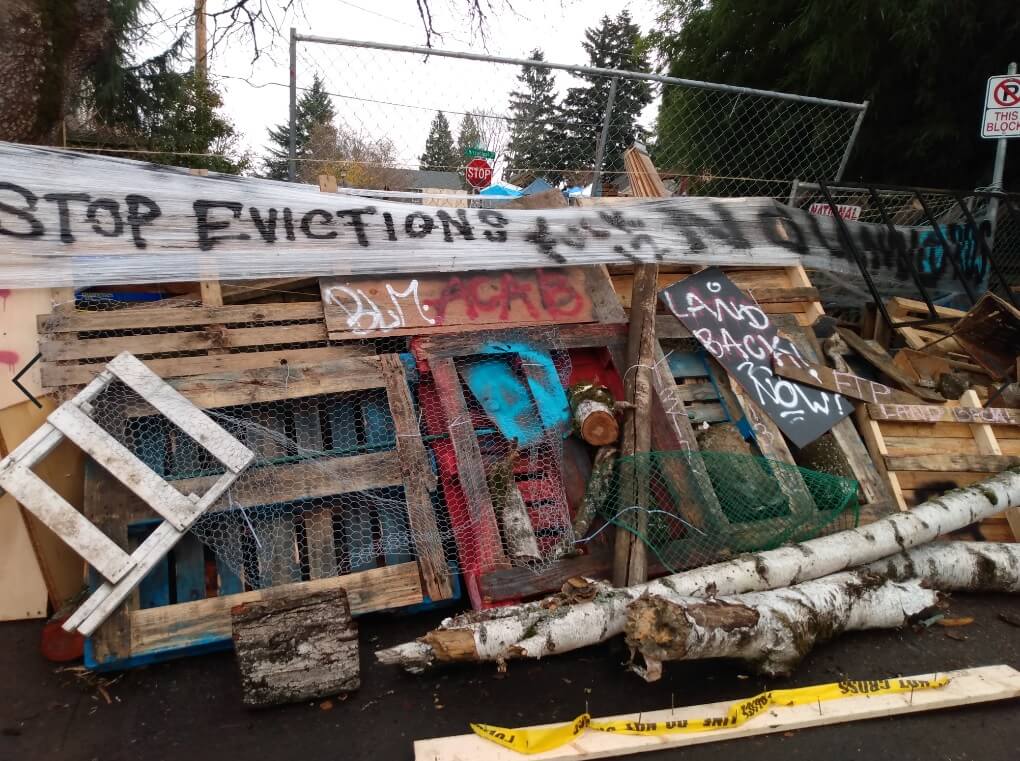