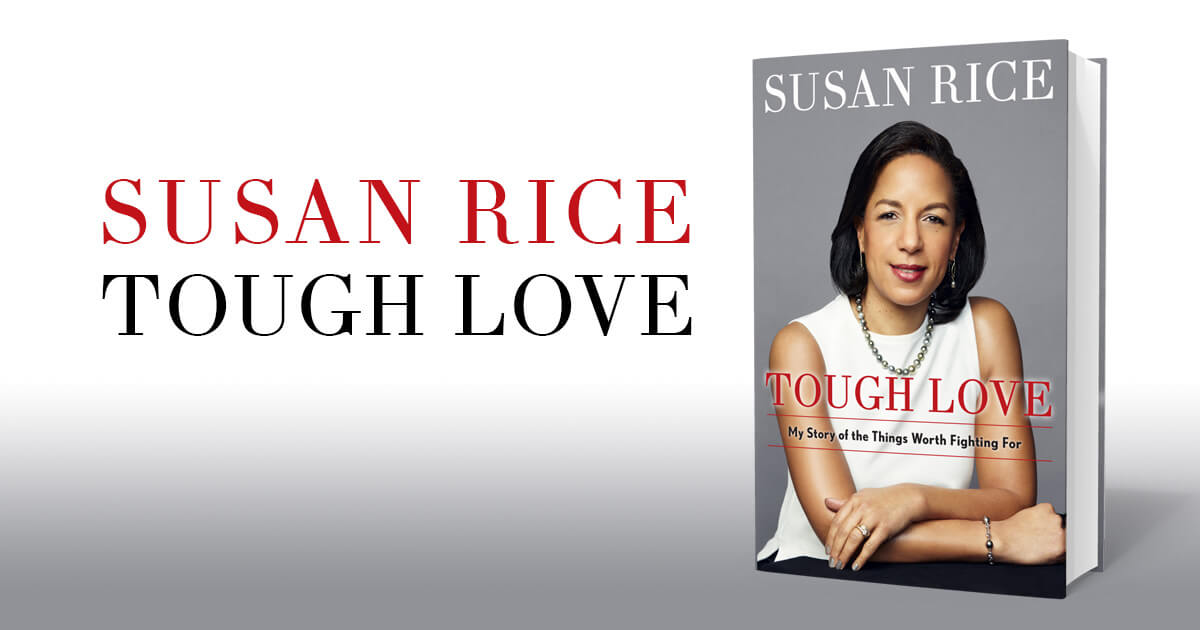 Why would an Oregon Catalyst reader ever crack open a book by Susan Rice? That might sound like a rhetorical question.

It is a genuine question for me because I have some answers. I read her book, Tough Love, because I try to read all the major memoirs of foreign policy hands. That is where you find first-person accounts of history. Every memoir is a self-serving attempt to portray the author in a good light, but it’s easy to spot and discount that part of such books. Memoirs are also rich in never before reported anecdotes and observations. Rice’s memoir is no exception.

For example, where else would you have heard this, regarding her transition with successor Lieutenant General Michael Flynn:

At the end of our final meeting, after I wished Flynn all my best, I started to extend my hand to shake his. He surprised me by asking, “Can I have a hug?”

Another colorful representation of a moment in American history is Rice’s account of how she was treated by the Democratic Party establishment when she joined the renegade presidential campaign of a junior senator from Illinois back in January 2007.

In late January, before Obama formally announced his candidacy, former national security advisor Sandy Berger called me at home. Sandy had become my good friend and mentor over eight years of close collaboration. He was deeply committed to the Clintons, going back decades. Sandy surprised me by asking, “Would you like to lead Senator Clinton’s campaign foreign policy team?”

I replied, “Sandy, I’m truly honored. I wasn’t expecting this.” After taking a deep breath, I continued, “Please thank Senator Clinton for me. I have enormous respect for her, but I have already committed to help Obama in a similar way.”

The silence on the other end of the line seemed interminable. Having gathered himself, Sandy said calmly, “Are you sure? You know he can’t win, don’t you?”

I explained how I felt about Obama’s candidacy, concluding, “This is not a choice against the Clintons, to whom I’ll always be grateful. It’s a decision in favor of Obama. And, yes, I’m sure.”

Stunned, Sandy said without rancor, “You realize, don’t you, that you are making a foolish, potentially career-ending move?”

Ultimately Rice does not come off so tough in her memoir, despite the chosen title. She tries to position herself that way, but I suspect readers find her more emotionally unstable than an oak tree of strength. She frequently brags about what are actually just unprofessional outbursts or other displays of vulgarity such as this moment when she argued with then U.S. Ambassador to the U.N. Richard Holbrooke for more intervention in Rwanda.

When I weighed in forcefully in opposition to his position, Holbrooke, dripping with sarcasm and condescension, responded slowly, “Ah, I remember when I too was a young assistant secretary…” Whatever else he said thereafter, I didn’t hear.

His aim was to emasculate me (or the female equivalent) in front of the older ambassadors who reported to me. It was a pivotal moment: if I let him get away with denigrating me in front of six of my ambassadors, I would be weakened thereafter as leader of the Africa Bureau and the decider on U.S. Africa policy. If I said anything further, the conversation would have devolved into an ugly shouting match. With no better idea on how to respond, I looked him square in the face, as he continued to speak, and raised my right hand prominently, prolonging the display of my middle finger. He kept talking. It was clear he saw my gesture, but he never acknowledged it.

In her book, Rice often confuses displays of anger for toughness. Though mistitled, this is still a good book that I recommend you read.