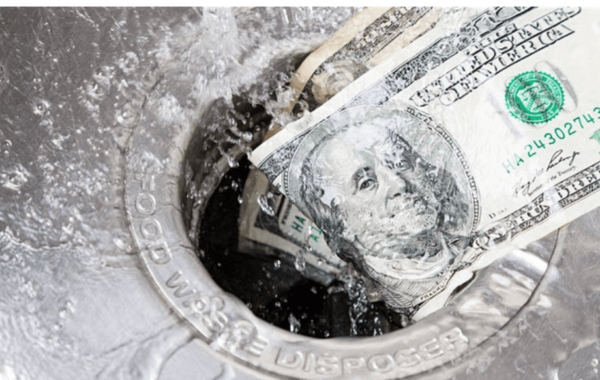 With the retirement of Bob Stacey in October, five of Metro’s seven council seats will be on next year’s ballot. The 2022 election can bring an entirely new supermajority to Metro Council. Voters now have a once-in-a-lifetime opportunity to consider the future of the regional government. Metro needs a significant shake-up to get back on track. If that won’t happen, maybe it’s time to realize the Metro experiment has failed and end it altogether.

Metro was originally founded to halt sprawl. It had the narrow task of planning for the region’s growth. Over time, the agency has itself grown into a sprawling Leviathan. It now runs the Oregon Zoo, Convention Center, and Expo Center and serves as a landlord to dozens of arts groups. Over the past four fiscal years, these enterprises have lost almost $100 million. Even pre-pandemic, the business side of Metro has been losing money.

In 2018, Metro got into the affordable housing construction business. The next year it entered the hotel business with its convention center hotel. Last spring, it jumped into the homeless services business. In the past 10 years, Metro’s spending has more than tripled to $930 million a year and its outstanding debt has quadrupled to more than $1 billion.

This explains, in part, why Metro has an unending appetite for more taxpayer money. Since 2018, Metro has imposed more than $3 billion in tax increases for affordable housing, parks and nature, and homeless services. These ballot measures increased property taxes and imposed two new region-wide income taxes.

Eventually voters had enough. Last November, voters rejected Metro’s proposed payroll tax for transportation projects by a wide margin. An overwhelming amount of the $5 billion in taxes would have been spent on a new light rail line running from downtown Portland to the upscale Bridgeport Village shopping center. Voters saw that Metro had gone off the rails and said, “enough is enough.”

But, Metro Council hasn’t had enough. Instead of giving taxpayers a break, it’s now charging forward with a new tax increase. Next year, voters will face yet another property tax measure for Metro’s “parks and nature” program.

Something must change. Metro needs a top-to-bottom makeover. That won’t happen with the current Metro Council.

The next council must repeal the supportive housing income taxes that went into effect this year. Metro itself admits it doesn’t know how the spending will reduce the number of camps or unsheltered residents. Metro’s own auditor has warned that more than one-third of the money collected will be siphoned off for collections, overhead, and administrative costs. We can’t afford to spend nearly $2.5 billion over the next decade to end up with more homeless residents than we have now.

Metro Council needs to get serious about what to do with the Portland Expo Center. The facility needs subsidies from Metro, the City of Portland, and Multnomah County just to cover its operating costs. It needs a massive capital investment but can’t generate the revenue to justify it. At this point, it’s just a money pit.

Metro must stop the bleeding on its Affordable Housing Bond projects. Under Metro’s management, each new unit of so-called affordable housing cost more than $380,000 to build, or more than twice the cost in the private sector. There’s simply no way the Metro government can build enough housing to make even a dent in the demand for affordable housing.

Metro grossly mismanages its parks and nature program. After 25 years and nearly $1 billion in new taxes for the program, more than 80% of the land acquired is off-limits to public access. Metro needs to stop buying land for the program and use the remaining funds to improve accessibility to the parks and natural areas it already has.

Finally, Metro needs to realize that some counties and cities want to get out of Metro. It’s not working for them or their voters. The next Metro Council must work with the legislature to develop a simple, straightforward way for counties and cities to escape Metro’s overreach.

Metro’s good government days are behind it. If the new Metro Council can’t get back on track with much needed reforms, perhaps it’s time to end the region’s unique form of government.

Eric Fruits, Ph.D. is Vice President of Research at Cascade Policy Institute and an adjunct professor at Portland State University, where he teaches courses in urban economics and regulation. He can be reached at [email protected]. A version of this article was published by the Pamplin Media Group on October 25, 2021.