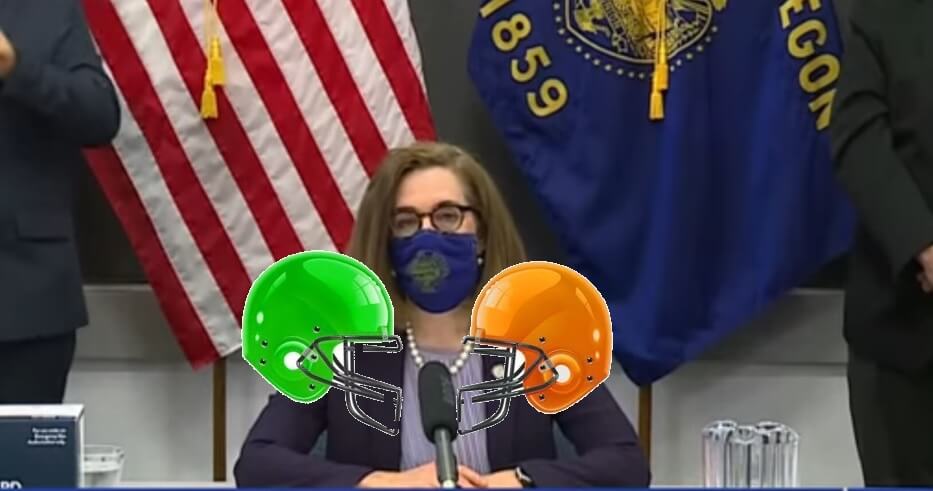 Last May when Governor Brown closed the Moda Center from having fans, she only backtracked after NBA Blazer Star Damien Lillard Tweeted out a complaint.  It appeared Governor Brown’s COVID policies were not based on science or metrics, but rather public approval.   Since she was rated the #1 most unpopular Governor of all 50 states in a recent national poll, making this approval even more important.   This week, in a surprise Governor Brown lifted the outdoor mask mandate for the State of Oregon.  Just days before the highly watched Civil War game

The game would have been an embarrassment for Brown since both UofO Duck fans and OSU Beaver fans have been openly ignoring her mask mandates at the games in the stadium.   It would have been worse for the Civil War.

Oregon remains only among five states with indoor mask mandates according to the NY Times tracker 11/25/21.

Where is the science…outside of political science.