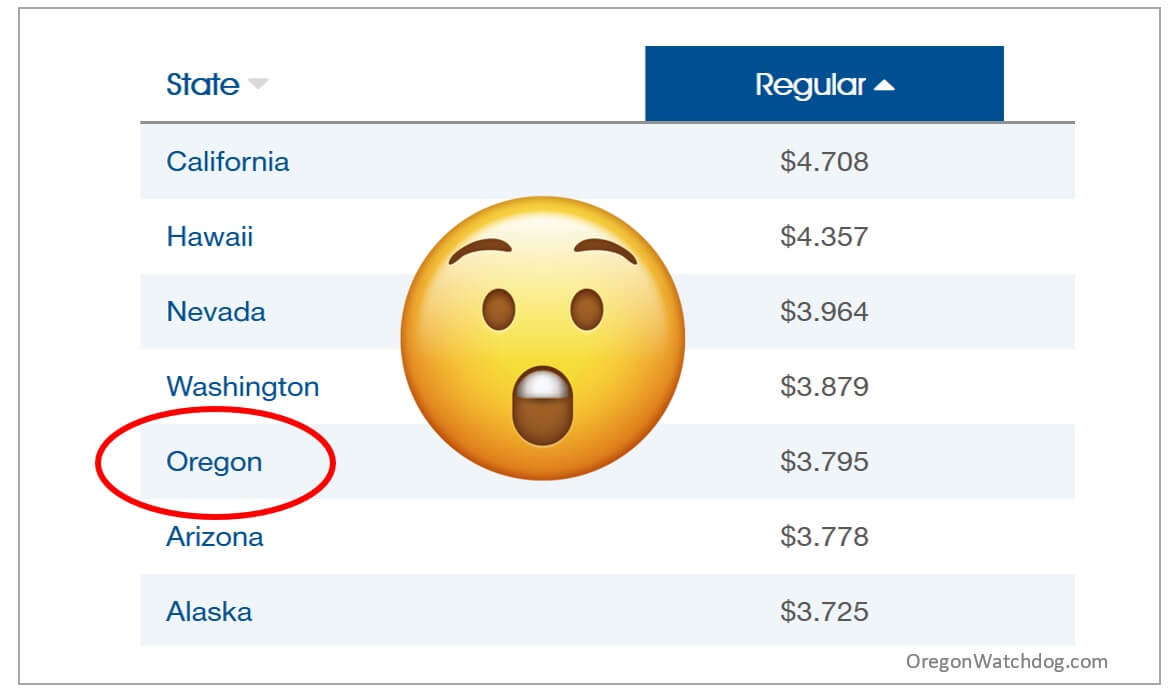 The latest data from AAA shows that Oregon makes the top 5 top list for states with expensive gasoline prices.  The average Oregon gas price was $3.79 as of November 2021.  Oregon gas prices are high because our state has a hidden gas tax called the Clean Fuel Standard — a complicated bureaucratic scheme which forces businesses to pay a fee over high-blend fuel requirements.   Despite media requests, it is unknown on exactly how much the total fee costs are and where the money is going but politicians promise us that this hidden fuel tax is very important.  So very important that transparency and accountability are not needed.  Go figure.

Oregon’s gas price will rise in 2022 as the Oregon gas tax is set to increase as scheduled as part of the 2017 transportation tax package ($5 billion) which included staggered gas tax increases as well as truck taxes, auto fee taxes, payroll taxes, bike taxes and a sales tax on cars.

The highest state gas price was California at $4.70.  California is so high because they previously passed a Carbon Tax, something Oregon has been trying to do.

California is higher than Hawaii which has to import their gas from over 2,000 miles away.