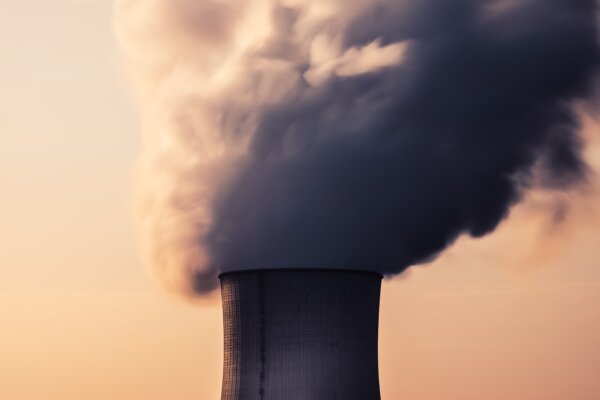 The era of small-modular nuclear reactors (SMRs) is upon us, but Oregon lives in the past. Oregon continues to ban nuclear power, while other states with a similar moratorium are taking action to reverse their bans and bring nuclear power to their states.

Oregon voters approved a moratorium on the construction of any new nuclear plants in the state in 1980, just one year after the Three Mile Island partial meltdown. There was only one nuclear plant in the state at that time: the Trojan Nuclear Plant in Columbia County. Portland General Electric operated the plant until it was decommissioned early in 1992 after only 16 years of service. At a size of 1,095 megawatts (MW), Trojan provided about as much power as two Boardman Coal Plants (550 MW).

Oregon’s moratorium prevents the financing and construction of a new nuclear facility in the state until there is a permanent place to store the spent fuel and voters approve the siting of a new plant.

Our state’s nuclear moratorium is not unique. Thirteen other states currently have bans on the energy source.

But with the rise of new small modular nuclear reactors, many of those other states are working to reverse the bans and advance nuclear power in their respective energy portfolios.

Wisconsin ended its ban in 2016, Kentucky ended its ban in 2017, and Montana ended its restriction on nuclear construction just this year. Recent measures have been taken up by Hawaii, Minnesota, and West Virginia. Both New Hampshire and Ohio will consider the issue of nuclear energy in the near future with pending bills. The Nuclear Energy Institute typically counts twelve bills introduced every year in state legislatures related to nuclear power, but recently that’s increased to more than 75 bills.

In states where legislative advancements are being made on nuclear power, the push is a bipartisan one. Missing from this list of notable achievements is Oregon.

That’s not to say there has been no activity in the Oregon legislature regarding nuclear power.

Senate Bill 990, introduced during the 2017 session, sought to exempt small modular reactors from the original nuclear moratorium. The bill, carried by Senator Brian Boquist, passed through the Senate with 87% voting in favor. Unfortunately, the measure did not make it out of its House committee upon adjournment.

The most recent attempt to reverse the nuclear moratorium in Oregon took place during this year’s 2021 session. Three different bills were introduced in committee, but none made it out. HB 2332 would have repealed the moratorium completely, while HB 2692 and SB 360 would have carved out an exception from the moratorium for small modular nuclear reactors.

Exempting small modular reactors is a good incremental step in the right direction, but it doesn’t go nearly far enough. Our state should recognize the benefits of all nuclear, not just small modular reactors. One way to go about this would be to refer a ballot measure to voters to reverse the 1980 nuclear moratorium.

It takes years to site and construct a new nuclear plant. The U.S. Department of Energy is currently funding two advanced nuclear reactors as part of a pilot program that it expects to be operational in seven years. Each year the Oregon legislature declines to take action on nuclear legislation is another year we must wait to begin the timely process of bringing a plant online. Legislators should plan to address nuclear power in the 2022 session and refer a ballot measure to voters to reverse the nuclear moratorium at the next available opportunity.