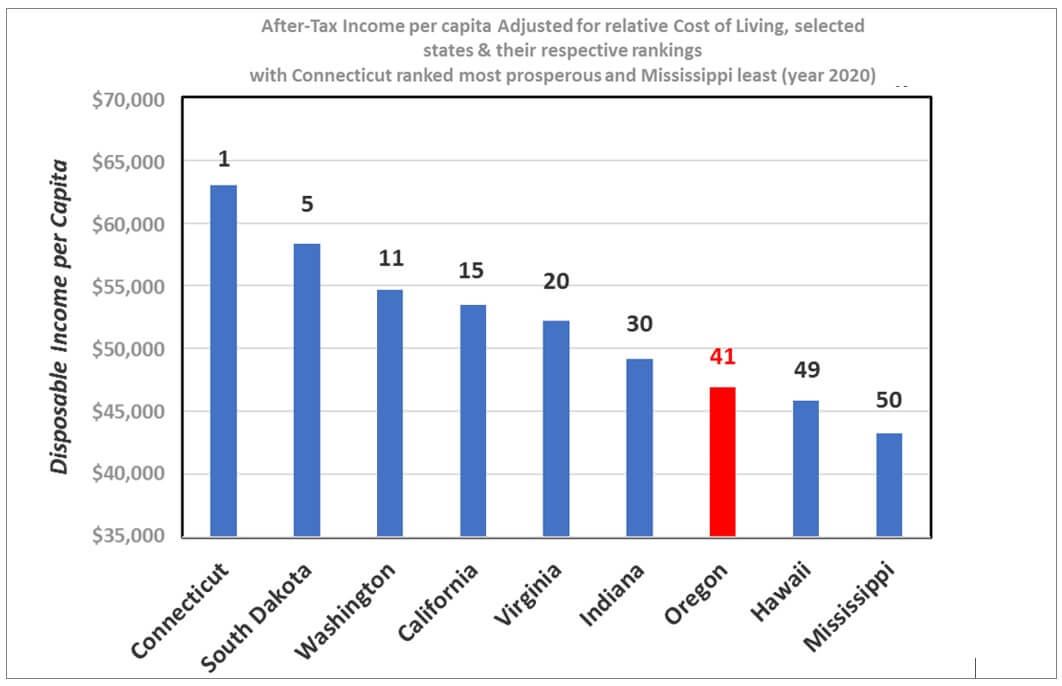 Oregon ranks in the bottom ten of U.S States for After-Tax Personal Income Per Capita
(Basis: U.S Bureau of Economic Analysis data for the year 2020)

Personal income, before taxes, is the headline conventional measure reported for Oregon’s economic health. But this conventional headline measure woefully overstates the health of the Oregon economy. A more important measure for Oregon families is the money left over for them after taxes and the extra monies needed to meet Oregon’s higher cost of living relative to most other states.

Some other states have a higher percentage gap taken away by taxes and living costs; but these states also have higher gross personal incomes than that of Oregon. You might say Oregon taxes and regulates like it is one of these top income states, when it is not such a top income state.

Data Source: The U.S Bureau of Economic Analysis, a Department within the U.S Federal Government’s Department of Commerce, in recent years develops cost of living indexes by state; and along with its yearly estimates for Disposable (After Tax) Income per capita by state.