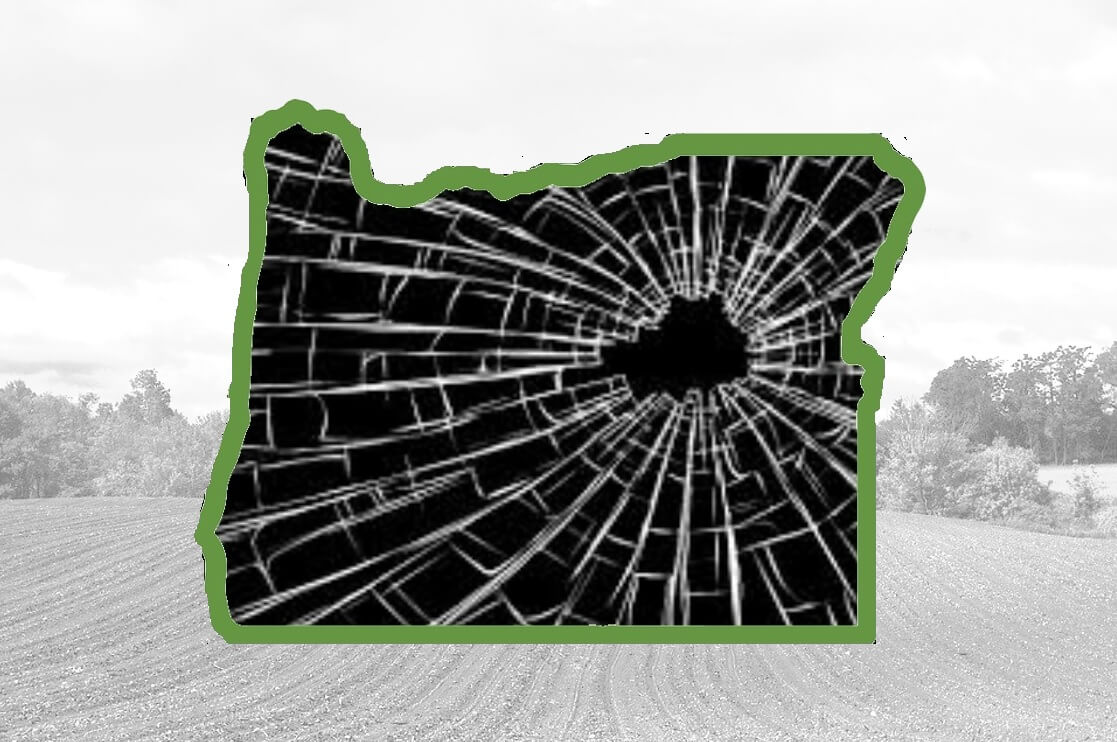 Why is Oregon the most politically dysfunctional state in America? A recent Willamette Weekheadline demonstrates it: “Polling Shows Kate is Least Popular Governor in America.”

So how did we get to thousands of drug addicts on our streets, drug cartels controlling parts of Southern Oregon, and the most unpopular governor in America? Could it be because Oregon is the most unbalanced political state in the country?

Democrats control all statewide offices, have super-majorities in both houses of the Oregon Legislature, and have won 10 gubernatorial elections in a row. The only Republican win in 20 years came in 2016 when Dennis Richardson won the secretary of state’s office. He tragically died of a brain tumor just two years later. And at the time of his death, Richardson, unlike Gov. Brown, had high approval ratings.

Is it because we are stubbornly liberal in our voting patterns? Does that extreme political lopsidedness explain our governmental dysfunction? It does. Examining other liberal strongholds in the country tells a different story of lesser political dysfunction. If not political balance, these areas have at least some political check points. Which we do not. That is why the following liberal American strongholds have fewer problems than Oregon.

Massachusetts has a population of 7 million, almost twice that of Oregon. According to a study conducted by the U.S. Department of Housing and Urban Development in January 2020, the homeless number in the Bay State, measured per capita, is half that of Oregon’s. And that study was conducted two years before Oregon passed Measure 110 and legalized hard drugs. No recent studies show how many addicts have moved to Oregon in the last two years to enjoy an environment where hard drugs are legal and property crimes are not prosecuted. But if you have eyes, you know the population has easily doubled. It is pretty safe to argue that Massachusetts has a quarter of Oregon’s addiction crisis.

As for Massachusetts Gov. Charlie Baker’s numbers, a late November poll conducted by the University of Massachusetts and WCVB-TV give the governor a 56% approval rating. Baker just happens to be a Republican governor; in fact, he’s the fifth Republican to hold the state’s highest executive office out of the last six governors. Which is remarkable considering the liberal voting patterns for the Massachusetts legislature – 36 Ds and 3 Rs in the Massachusetts Senate, and 130 Ds and 29 Rs in the House.

Those are some super majorities – far more lopsided than Oregon. Massachusetts doesn’t believe in political balance. But voters there do believe in having a check on political extremes – a Republican governor.

In Maryland, according to the same 2020 study on the homeless, the number of homeless per capita in Maryland was roughly one-third of Oregon’s problem. A gain that was before the passage of Measure 110.

Not so coincidentally, Maryland, another American liberal stronghold (as is Massachusetts), has a Republican governor, Larry Hogan. In fact, two out of the last three Maryland governors have been Republican. Yet the make up of the legislature is decidedly left. The numbers mirror Oregon’s, but are even more lopsided – 32 Ds and 15 Rs in the Maryland Senate, and 99 Ds and 42 Rs in the House.

An October poll conducted by Goucher College gave two-term incumbent Gov. Hogan an impressive approval rating of 68%. Once again, we find that in one of the most liberal states in the nation a Republican governor, serving as a check to progressive state houses, makes Maryland far less politically dysfunctional than Oregon.

San Diego does not share the enabling approach of Portland and Seattle to the homeless/addiction crisis. Democrat Mayor Todd Gloria has recently been staring down the progressives over how to treat the addicted. The city’s tone toward the problem is unique for the West Coast.

Or this from the San Diego Voice, an alternative non-profit publication, “Mayor Todd Gloria has continued the controversial homeless camp clean-ups that surged during and after the hepatitis A outbreak.”

Current mayor Todd Gloria is a moderate Democrat. For a period of 16 years from 2005 to 2020, except for two years, San Diego has had Republican mayors: Kevin Falconer and Jerry Sanders. San Diego elects Republican mayors even though three of four of the city’s districts are held by Democrats. This is political balance, which leads to public policy sanity, not dysfunction.

So why the sophistication of certain liberal voters in places such as Massachusetts, Maryland and San Diego versus voters’ behavior in Portland, Seattle and San Francisco?

Three years ago, after still another disappointing election by Oregon Republicans in November 2018 (an election that caused Knute Buehler to pack up his disappointment and leave the GOP after spending $19 million on a losing campaign), this newsletter’s editor and now GOP gubernatorial candidate, Bridget Barton, took a deep, profound look at voter behavior in the Northwest, and especially in Oregon.

Here is what she wrote in January 2019 in an article titled “Blue, Blue Oregon”:

“The majority of voters truly believe in very liberal values. And what’s even more important for us to comprehend: For many voters, that’s exactly why they moved here. They are blue enough, wacko leftist enough, progressive enough, committed Democrat enough to pack their bags, leave home, and move to Oregon to live among their comrades.”

Two weeks ago, Wall Street Journal columnist Peggy Noonan had an interesting take on why Kamala Harris, one of the leaders of the left coast’s dysfunctional voting habits, has been a disaster so far as vice president – and why she seems clueless about how to fix it.

“She came from a generation of California Democrats who never ever had to meet a Republican, so great was their electoral dominance. It was too easy for them. She only had to speak to Democrats, only had to know how they think and put together party coalitions. But half or more of the county is conservative or Republican. She never had to develop the broad political talents to talk to them.”

So this is why the left coast and the Northwest is politically dysfunctional. Will voters wake up before it’s too late? It seems like such a simple solution, to vote for political checks and balances, but it involves looking in the mirror, changing behavior, wanting to solve problems, and overcoming your own personal electoral political naiveté. That’s hard to do.

No one likes to look that hard in the mirror.