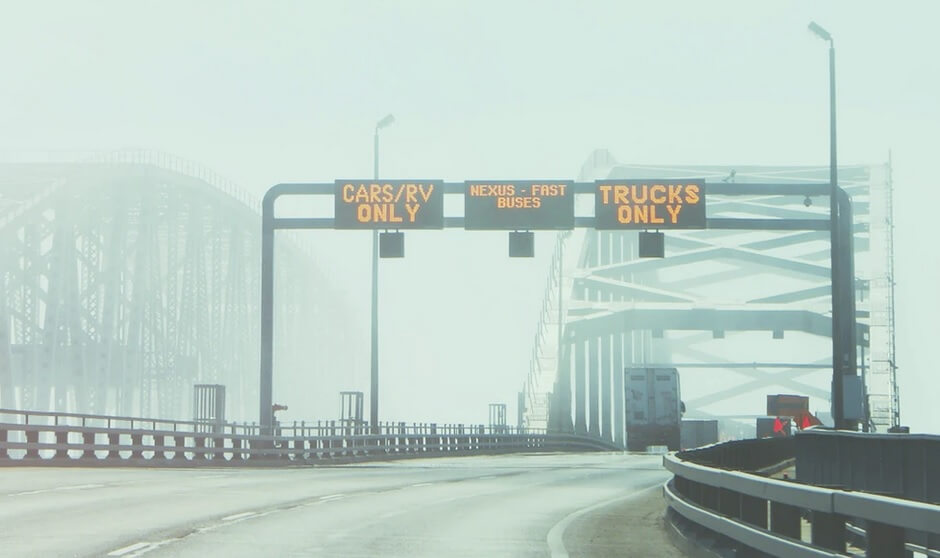 Sen. Bill Kennemer to Introduce Constitutional Amendment to Give Voters Voice on Tolls
Measure would refer to citizens constitutional change requiring freeway tolls get a vote of the people

Oregon City, Ore. – Today Senator Bill Kennemer (R-Oregon City) announced one of his two priority bills for the 2022 short legislative session is a measure, which if passed, would create an amendment to the Oregon Constitution to allow voters to vote on whether freeway tolls could be enacted within a 15-mile radius of a voter’s home. The measure is a direct response to increasing voter frustration with plans to toll sections of Interstates 5 and 205, as well as the potential for tolling the entire freeway system in the tri-county Metro region.

“No matter where I go in the community, one of the most persistent concerns outside of the Covid-19 pandemic that voters relay to me is their opposition to freeway tolls,” said Senator Kennemer, whose district is entirely within Clackamas County and abuts Interstate 205. “As the cost of living, including commuting, continues to rise, freeway tolls on our already-paid-for interstates will drive up the cost to go to work, take your child to school, or run daily household errands. We certainly need to increase our infrastructure, but as planned, the current tolling scheme doesn’t address congestion, and will make traffic on local roads worse.” Kennemer said toll diversion on area arterial roads like Highways 43 and 99, as well as the Oregon City Bridge, could make local traffic a nightmare.

As a then-State Representative in 2017, Kennemer voted against House Bill 2017 which created permission for ODOT to begin implementing a tolling scheme. He believed the freeway tolling measures, as well as an escalating gas tax and a sales tax on bikes, would price families and seniors on a budget out of having fair access to transportation. “In just this past year, we’ve seen gas prices skyrocket to nearly $4.00 a gallon, with a new gas tax increase just this week. It’s too much for lower-income and working Oregonians to pay. Tolling would be a huge family budget buster, and voters should have a direct say on the transportation package, which opened the door to tolling schemes,” Kennemer stated.

If passed, Kennemer’s legislative concept would go directly to voters in the upcoming November 2022 General Election for a statewide vote. If voters approve of the measure, then any plan to toll freeways where a toll was not already in existence before January 2018, would be required to go on a ballot to the voters who live in counties within a 15-mile radius of the proposed tolling corridor. In the case of freeway tolls on Interstate 205, that would include voters in Clackamas, parts of Multnomah County, and Washington County who would have a say on whether ODOT could enact new tolls.

Kennemer noted that freeway tolls particularly burden drivers in Clackamas County where as much as 70% of Clackamas residents commute outside of the county for work, as well as thousands of students who commute from around the region to attend Clackamas Community College. “The daily cost burden for using a freeway that benefits all Oregonians and people from out of state, shouldn’t fall to the residents who live closest to the freeway system. If we need to address infrastructure, then it should be a statewide discussion, not just a burden shouldered by a few for a road used by so many.” Kennemer highlighted that ODOT will be the beneficiary of over a billion dollars from the most recent federal infrastructure package. He believes those funds and other sources of revenue could be bonded against, negating the need to toll to modify the Abernethy Bridge and widen Interstate 205 from the Stafford Road exit to the bridge.

“Giving voters the power to halt these tolls isn’t going back to the drawing board for infrastructure plans. While I’m committed to working on other funding sources for infrastructure that don’t add costs for drivers, I’m more interested in giving voters the right to weigh in on key decisions like enacting freeway tolls which directly impact their checkbooks,” Kennemer said. Absent new legislation to protect drivers, Kennemer says ODOT has plans to enact tolls as early as the end of 2023.

The Oregon Legislature will meet again in session this February. Kennemer represents Senate District 20, which currently includes the cities of Oregon City, Oak Grove, Canby, Boring, and Estacada. The district will include parts of Happy Valley and Milwaukie after 2022, both of which will also be directly impacted by freeway tolls.