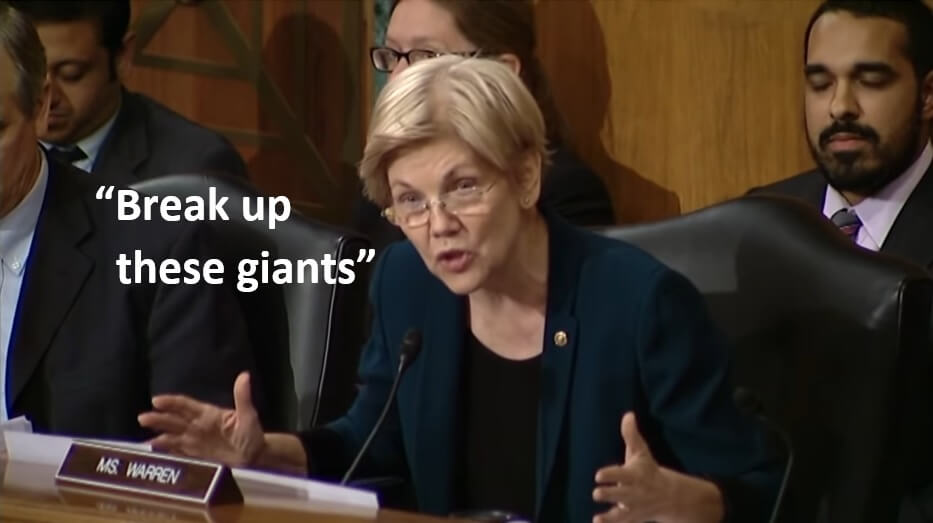 She said on MSNBC “…break these giants up…remember how many grocery stores there used to be? and now what you got is handful of giant chains, and then what happens? Kroger, their profits just in the third quarter of 2021 were almost $900 million…break up these giant corporations, then we get real competition”

She also again attacked Fred Meyer parent company, Kroger, again by Tweeting “What happens when only a handful of giant grocery store chains like @Kroger dominate an industry? They can force high food prices onto Americans while raking in record profits. We need to strengthen our antitrust laws to break up giant corporations and lower prices.”

US Senator Elizabeth Warren would tear part our local grocery stores in order to save political face over the greatest spike in inflation in 40 year.s

Grocery stores did not cause inflation, politicians did.

– You can’t spend an extra nearly five trillion in government spending in a short period of time while keeping interest rates at super-low levels and expect no inflation.

– You can’t block major energy pipelines and block new energy sources like the Biden administration has without it impacting energy prices which contribute to price increases.

– You can’t block our ports with union regulations and government regulations more strict than much of the rest of the industrial world and not expect some level of supply chain problems which create price increases. (see our article on this here)

– You can’t fault grocery stores for seeing an increase in sales when you make it illegal for citizens to spend their money on anything else because you have banned travel, banned attending events, closed door small furniture stores while allowing big box stores to be open to sell the same items, closed churches but allowed liquor stores and pot shops to be open, .etc.

Below is a chart showing what costs the grocery stores are bearing int he name of protection themselves and their customers in the pandemic. 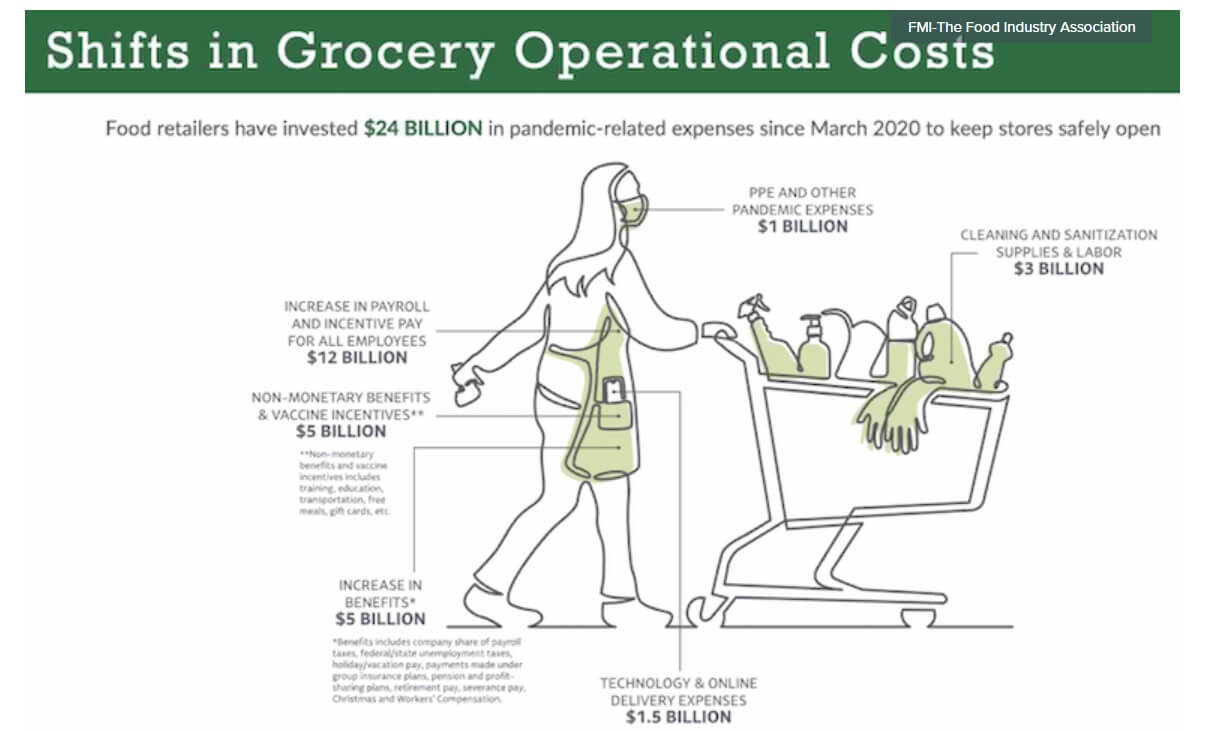