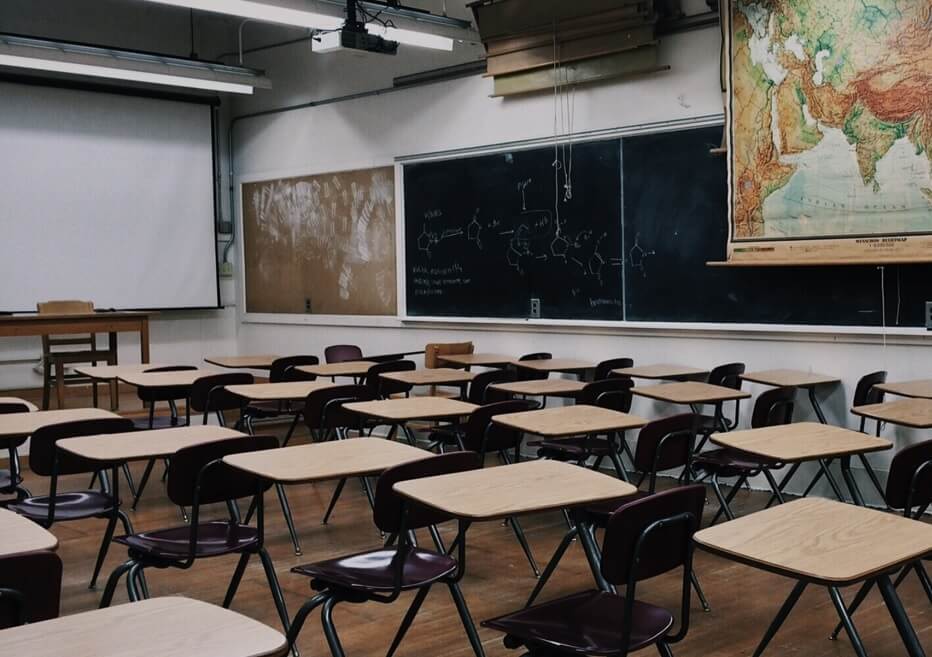 CRT’s Gain of Function Boost: From ivory tower to every school – a betrayal of public education purpose
By Rob Kremer
This article provided by Oregon Transformation Newsletter.

Politicians love to talk about education on the campaign trail, but it’s almost never an issue that swings elections. That’s why it was such a shock when the gubernatorial race in Virginia was seemingly decided by the question of how much say parents should have in what the schools teach their children.

Democrat front runner Terry McAuliffe’s now famous blunder, “I don’t think parents should be telling schools what they should teach,” turned the race on its head. Deftly exploited by Republican Glenn Youngkin, the Democrats lost not only the governor race they were leading and expected to easily win, but also lost control of both the State House and the Senate.

It was a political earthquake and the seismic waves from it will certainly last through the 2022 midterms. But why did it touch such a nerve?

The American public has a deep reservoir of goodwill for their neighborhood schools, and politicians of all stripes know this. To the extent schools get discussed in the typical governor or legislative race it’s usually to promise more money for higher teacher pay, smaller class sizes, or other institution-friendly efforts.

There are irrefutable signs, however, that the public’s relationship with the institution of public education is now in play like never before. Deep into the third consecutive school year disrupted by COVID, public frustration with the schools goes far beyond just the considerable inconvenience and woeful quality of the remote learning programs districts cobbled together at the onset of the pandemic. With their kids attending school from home, parents, for the first time, had a direct view of exactly what the schools were teaching their kids. A lot of what they saw looked more like social justice indoctrination than academic instruction.

This is how terms such as “Critical Race Theory” and “anti-racism” came into the broad public consciousness. As parents questioned their school boards about what they were seeing, they mostly were dismissed or got the runaround. As they dug into the details of what they were seeing their children being exposed to, it triggered what now amounts to something of a broad awakening.

There is a nearly universal expectation in our society that the institution of public education exists to equip America’s youth with the intellectual and academic tools necessary to successfully navigate the challenges of adulthood. It’s not particularly controversial to suggest that the nonnegotiables are fluency in the English language, the ability to do sums, and the ability to decode, comprehend and create written text. For its first 100 years, public education served this institutional purpose admirably and was, in large part, responsible for the U.S. growing the largest middle class of any society in history.

The governor race in Virginia triggered an awakening that the institution of public education has, in a very real sense, turned its back on this goal. It no longer exists to primarily serve the academic and intellectual needs of families and their children. Instead, it’s being used as a vehicle for indoctrinating children in the progressive vision of social justice held dear by the elites who control the schools.

This is not to say that all teachers or administrators are on board with this. Many, perhaps most, are not. But the institutional elites – the teachers unions, the leaders of the colleges of education, the hallowed gates of which almost all of teachers must pass, and a considerable majority of urban school district boards and superintendents accept the view that instilling the cultural values of progressive social justice is a major purpose of public education.

When a major societal institution no longer serves the purpose for which it was created, and instead chooses to serve its own socio-political ends, it loses its legitimacy in the eyes of the public. That is the moment we are in today, and that is what the Virginia governor race exposed.

How did we get here? Here’s a secret: This is not a new phenomenon. It has been building for decades and its genesis can be traced to the colleges of education, which for more than a generation have been little more than ideological mills, grinding out teachers trained to use schools as a vehicle for social justice. For more than 50 years, the nation’s teacher colleges have overtly de-emphasized academic knowledge as a goal of schooling in favor a never-ending series of fads and ideologically motivated practices, almost all of which have been taken up with gusto by schools in Oregon.

Who remembers the “democratic school” movement of the late 60s and 70s? Portland installed that Harvard School of Education program in the newly built John Adams High School in 1969. The school was profiled as the savior of education by Charles Silberman in his book, “Crisis in the Classroom,” which was the bible of progressive education reformers in the 70s. By 1980 Newsweek called it, “The school that flunked.”

The beat went on. “Values Clarification” in the 1970s was an overt attempt to separate children from the values of their parents. “Outcome Based Education” was the model for Oregon’s ill-fated 21st Century School Act. “Standards Based Education” featured national history standards that were so overtly anti-American that they were rejected by the U.S. Senate in a 99-1 vote. (The lone dissenter was a senator who thought a resolution of disapproval was not a strong enough statement.) The national math standards de-emphasized paper and pencil practice and demanded calculators be used in kindergarten. In the wake of these disasters came multiculturalism and cultural competency, precursors to today’s diversity/equity movement.

The teacher colleges were the incubators for all of these “reforms,” just as they were fertile ground for the Critical Race Theory movement that has become so controversial today. Critical Race Theory (CRT) is an ideological lens through which to look at racial power dynamics in the U.S. Like other “critical theory” schools of thought, it is overtly Marxist in its origin and openly opposes basic elements of the western intellectual tradition. In the seminal book by Richard Delgado and Jean Stefancic, two founders of the CRT movement, the authors write, “Critical race theory questions the very foundations of the liberal order, including equality theory, legal reasoning, Enlightenment rationalism, and neutral principles of constitutional law.”

The central tenet of CRT is that racism in the U.S. is not an attitude or behavior by an individual, but rather it is systemic – it is an inherent feature built into the design of every U.S. institution for the purpose of maintaining white supremacy. Commonly held values such as colorblindness, belief in meritocracy and race neutral laws, according to CRT scholarship, are part of this institutional system that perpetuate racial disparity, and therefore, these institutions must be fundamentally restructured. Every single institution in society must be upended to eradicate systemic racism.

Thus, as it applies to schools, CRT is not so much something that is “taught.” Rather, it is an overlay to everything a school does. Every lesson, book, worksheet, assembly and even recess must be reinvented in order to eradicate anything that (according to CRT ideology) is a feature of white culture. And the list of the things that supposedly are based on white culture, and therefore must be eliminated or modified, are interesting. According the Smithsonian’s National Museum of African American History and Culture, white cultural assumptions include individualism, self-reliance, the nuclear family, objective rational linear thinking, and delayed gratification.

The founders of CRT weren’t kidding when they said it challenged the very basis of the liberal order.

It’s pretty obvious that CRT is simply a variant of Marxism. Where Marx divided society into an oppressed and oppressor group by class, CRT divides it by race. Both seek a cultural revolution in which the cultural beliefs, attitudes, behaviors and assumptions of the oppressor group must be eliminated.

This is all well and good, as long as it’s just a charming theory published in and debated at our esteemed institutions of higher education. After all, they’ve been teeming with Marxists of all stripes for more than a century. But CRT and its kissing cousin anti-racism somehow had a “gain of function” boost such that the virus jumped from the ivory tower and very quickly infected all levels of corporate America, government, media, and, yes, schools.

It’s hard to find a single example of one of these institutions that is free of the virus’ symptoms: mission statements proclaiming fidelity to “diversity, equity and inclusion” (DEI), growing bureaucracies of equity trainers and chief diversity officers, mandatory education for employees, etc. The speed with which this extreme ideology became virtually universal is actually rather impressive. It’s almost always dressed in attractive garb (who wants to be against diversity?) – but don’t be fooled, this is an ideology.

But it’s an ideology that is not accepted by a broad swath of American citizens. For several years people were more or less duped as the virus spread. They rolled their eyes when they had to attend their company DEI webinars, but figured it’s well-meaning even if it was a little off-putting. Then COVID happened, their kids were taught from home, and parents started to see in real time their own children being indoctrinated.

The first institutional response when parents started objecting to CRT at school board meetings was denial. “We don’t teach CRT,” they said, “It’s an obscure law school theory.” But there was far too much of a paper trail for that to work. Just this last April, Portland School District held an online “Critical Race Theory Coalition Summit” that you can still watch on YouTube. Who will you believe? Their words or your eyes?

We saw in the Virginia election that parents aren’t going to put up with their kids being turned into social justice warriors. What we did not know was that voter response to K-12 schools indoctrinating children could remodel an entire state’s political landscape. This is not lost on Republican legislators and candidates, who are busily introducing bills all over the country prohibiting schools from teaching the divisive concepts central to CRT and requiring schools to be open about the curriculum they are using in the classroom. They were handed a potent political issue and you can hardly blame them for maximizing its yield.

In the larger picture, we have witnessed what will likely be looked back upon as a cultural touchstone – that moment when the public realized that the institution of public education no longer serves the purpose for which it was created, and has not for many years. It’s a betrayal that will not be easily forgiven, and a public awakening the ramifications of which we have only begun to understand.