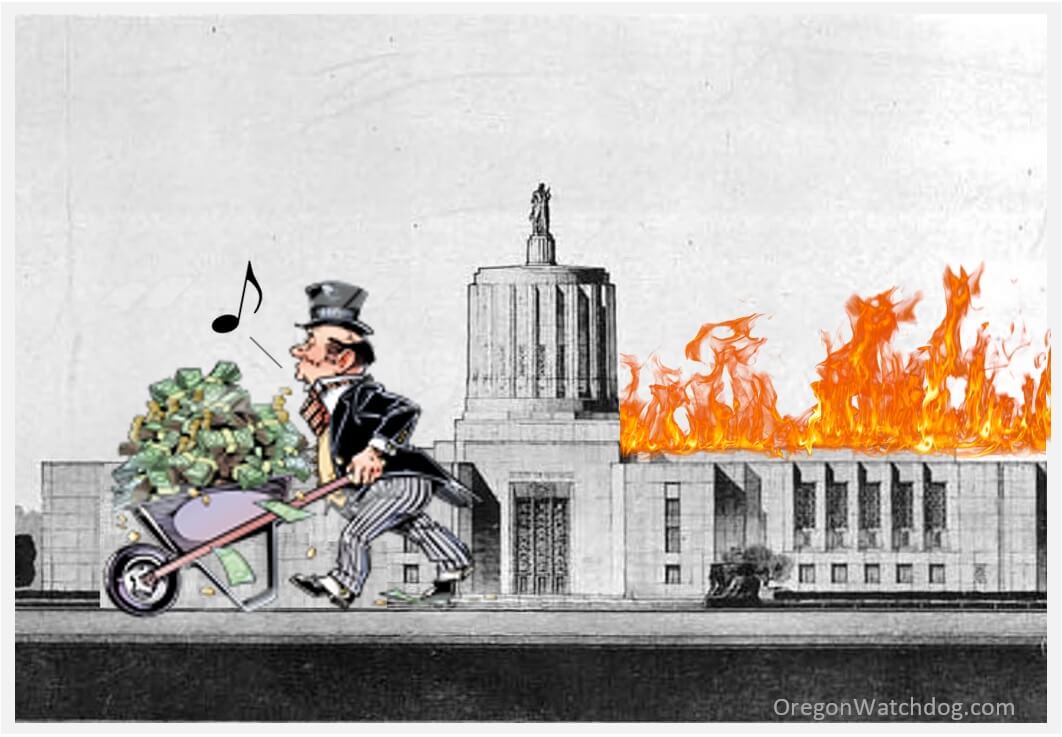 The Oregon legislature has only been in the building for 4 weeks.   Only a matter of days have been spent having hearings on a budget, for which now looks like a $2.7 billion give-a-way to various projects.

Here is a sample of where some of the funds are going:

– $120 million to relocate Portland’s Harriet Tubman school (apparently after spending millions to make the school a super-environmentally friendly school, they must move the entire school so it is further away from traffic to make it more environmentally friendly).
– $10 Million to bail out the Portland-area to help them clean-up their overflow of garbage that they have let spiral out of control.
– $17 million to help cover costs related to $24 billion PERS debt (yes, we have a $24 billion PERS deficit during many years of stock market history-making highs.  Now imagine what is going to happen when the stock market cools down)
– $65 million in work relief funds to people who are not legal citizens

The spending bill has moved so fast, it is STILL UNKNOWN WHERE ALL THE MONEY WILL BE GOING or whether this will be the final list.  Yet the bill is expected to pass within the next few days before lawmakers leave.

Note: spending items still being debated as we speak.  This is not the final list.