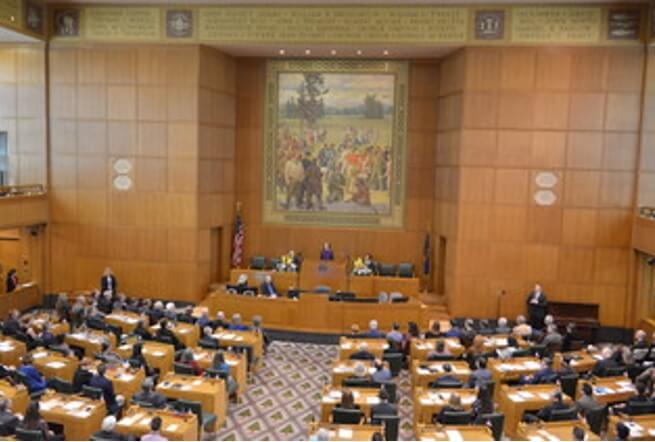 “Oregonians needed us to tackle our state’s rising cost of living, unchecked crime wave, and deteriorating education,” said House Republican Leader Vikki Breese-Iverson (R-Prineville). “I am proud of what Republicans accomplished this session to make life better for Oregonians across the state, but Democrats prevented us from accomplishing more. Instead, Democratic leaders blocked our additional efforts to help Oregonians while passing an eyewatering spending plan and harmful legislation we will need to fix next year. Our state cannot continue under this failed leadership. It is time for more balance in Salem.”

However, rather than address fundamental issues with policy changes, Democrats gave hundreds of millions of dollars to state agencies while Oregonians are financially struggling under inflation. In addition to a reckless spending plan that bolsters the state budget without meaningfully helping taxpayers, Democrats pushed for legislation that will harm farm worker hours and pay, let convicted criminals vote and seek early release. An additional proposal would have established Oregon’s first sales tax, while another bill will prevent police from enforcing some traffic laws.

Only some of these proposals passed, but they all used up time and energy during a 35-day short session, effectively killing additional Republican legislation that Oregonians are asking for: the option of self-service at the gas station, better protections from physical assault for hospital workers, appropriate justice for critically injured victims of violent crime, restoring Oregon’s reading, writing and math standards for graduation, and transparent school curriculums, $1,000 tax credits for volunteer firefighters, among others.