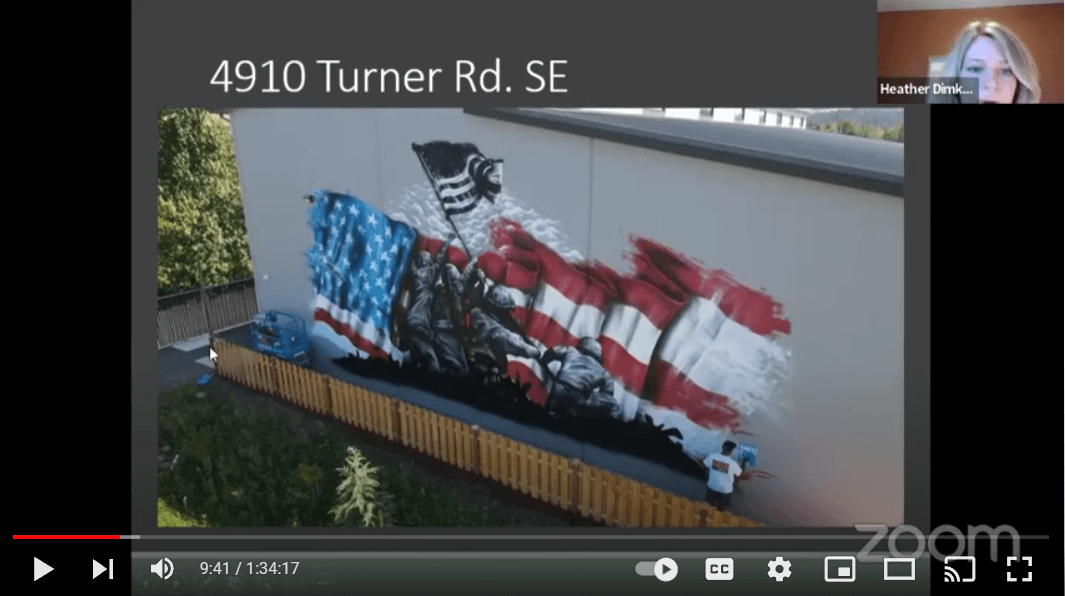 In January, I wrote about how the City of Salem was threatening action against Valley Roofing for commissioning a painting without complying with Salem’s sign code. In researching the situation, I concluded the issue was mostly about money. Salem imposes a rather hefty and burdensome sign fee regime that clearly takes in more revenue than the marginal cost of policing the aesthetics of Oregon’s capital.

This week Salem allowed the painting to become exempt from the sign code by approving Valley Roofing’s art as a public mural. You can watch the proceeding here:

It’s worth watching the hearing just to experience what Salem governance is like. For example, it had been so long since the Salem Public Art Commission had approved a public mural, that it first had to vote on a motion for a procedure for the approval.

Initially, the company wasn’t thrilled with the public art status option. It requires public access and gives the City an easement on the property. From watching the hearing, I can see that ended up not being very burdensome after all. The public access requirement is met by the proximity of a sidewalk. And the easement appears to only be a seven-year right of the City to inspect the mural to make sure it is still in compliance with the terms of the owner’s application. What was burdensome was having to go through this process at all.

It’s nice to know this was all resolved with a happy ending. However, what a banal example of excessive government regulation. Just watch that video and see the cringe-worthy way in which the City of Salem has set up a process that wastes both time and money to regulate people painting on private property.