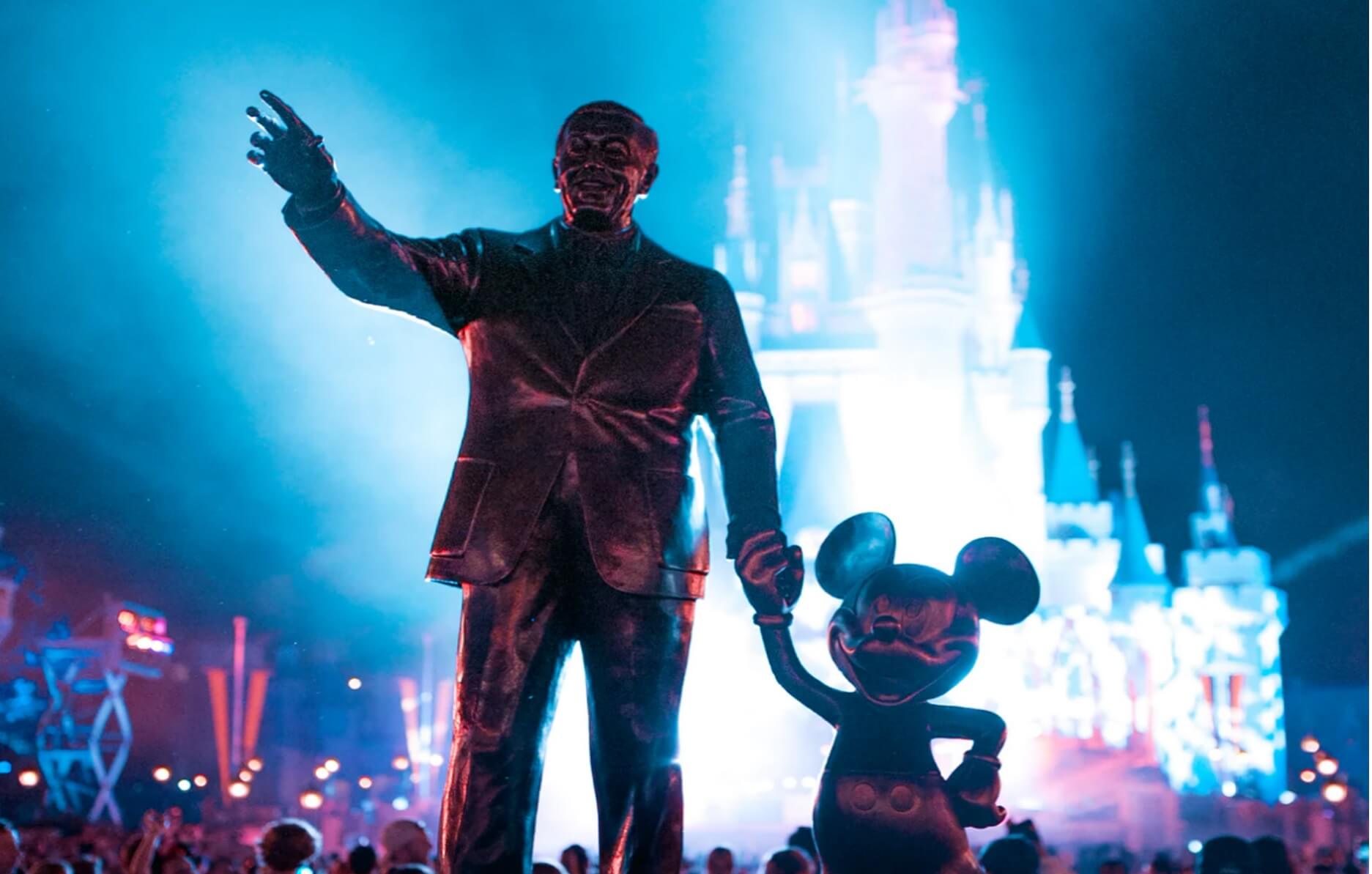 The Walt Disney company has been generating a lot of news recently over their political battles (California recall, Georgia abortion bill, Florida school bill, $15 minimum wage, Executive Bob Iger’s Presidential ambitions, etc..).  These pitched political battles are happening at a time when the company is facing serious decline in customers, revenue and popularity rarely experienced in the company’s lifetime.

1. Closing stores: In 2021, Disney closed 60 of their north American stores.  That is roughly 35% of their market at a time when consumer spending rebounded in America.

2. Falling theme park attendance:  Although official theme park attendance numbers are not always disclosed by the company, the fact that Disney this year is now offering 20% discounts to Florida residents during peak Spring-Summer times (April-June) is almost unheard of by theme park analysts.  It is a sign of desperation.

3. Disney+ streaming service faces growth slump.  Disney+ streaming service, a rival to Netflix, is still just a few years old and has faced slowing rate in new subscribers. In 2021, they saw 80% less growth than last the previous quarter.  It is important to know that despite Disney unloading their entire history of films and animations on Disney+ that the service still does not generate a profit and that Disney does not expect to make a profit yet for several years to come.  This is why the scramble to reach as many subscribers is critical.

4. Forced to adopt unwanted ads.  Disney+ pledged never to allow advertisements on its streaming service as it weakens the brand and viewing experience.  Yet in 2022, due to poor streaming sales, Disney announced it is experimenting with an advertising version, so customers can have a cheaper option.  The service is already a low $7.99 a month and are not getting enough customers.  For comparisons; Netflix charges $14/month, HBO $12/month. Disney has been bundling discount deals with other media (ESPN, HULU and others) and it is still not working.

5. Top moneymaker, Pixar, forced to lose money.  Pixar studios is one of their greatest revenue generators and yet  three of their last films were released straight to digital in order to prop up their struggling streaming service.   Every time Disney chooses to not release their films in theaters (and instead offer it free on their channel) they sacrifice hundreds of millions of dollars in lost revenue.

6. Their top brand, Star Wars, is declining.  Although Disney’s Star Wars films brought profits, each new Star Wars film they released made significantly less money than the film before. Their Star Wars spinoff film, Solo, simply did not make a profit.   Even with the profit, Disney is still trying to pay off the $4 billion expense it took to acquire the franchise from its owner George Lucas.  It is a telling sign that Star Wars merchandise from Disney films has been discontinued but the same merchandise from the characters based on the pre-Disney Star Wars films are what is being put on shelves.  Simply put,  customers are buying the old Star Wars items and not the new Disney Star Wars items.

7. Their top brand, Marvel, is declining.   Despite great success in their Marvel super-hero franchise up to 2019, the franchise since then has been in trouble.  Only two out of the three big blockbuster Marvel films released last year actually made a profit. Their superhero film, Eternals, became the most unpopular of the entire 23 Marvel films and the first of the 23 to score a negative rating by Rotten Tomatoes.   How long can Disney continue to release films that do not make a profit?

8. Disney’s new Star Wars hotel debut has been a disaster.  Disney is charging a family of four $2,400 (that is not a typo) to stay at their newly unveiled Star Wars themed space hotel for a weekend.  Their 2022 debut has been met with wide negative reviews.   Families are upset for being charged $2,400 for a cheap experience (playing space bingo, learning how to space dance) and still having to be charged extra for adult drinks.   Their much hyped evening musical space show includes only two in-costume performers.  The public backlash is now creating attendance problems for the hotel.   The degree to which this hotel rollout has been a disaster reflects across-the-board failures by Disney which used to be the gold standard for attention-to-detail experiences.

9. Higher prices, less service. Disney has been dramatically raising prices but reducing services for things that were once free. It eliminated their free airport bus shuttle service, eliminated free resort parking, eliminated their in-park delivery service, eliminated free magic bands, and eliminated much of the free musical entertainment that were a symbol of Disney’s unique touch to their theme parks.  Disney eliminated their free fastpass service in exchange for a new paid version.  Disney scaled back their fireworks, theater shows and evening lightshows.   These cutbacks remain after the pandemic has receded and have become the new practice.  All these changes happening all at the same time are having a collective change to the whole atmosphere of the Disney Parks and erasing the magic that made the parks unique.   Even Disney fan bloggers and YouTubers that earn their living from reviewing Disney news (and get special access) are howling against the changes.

You know Disney is serious about cost cutting when they announced that they plan to move 2,000 employees from California to Florida in order to save money.   It is a pure justification of the role that taxes and regulations play in businesses decisions as people flee high-tax, high regulations states like California.

As described, Disney is facing several public relations disasters during declining customers while at the same time involved in several high-pitched political battles.