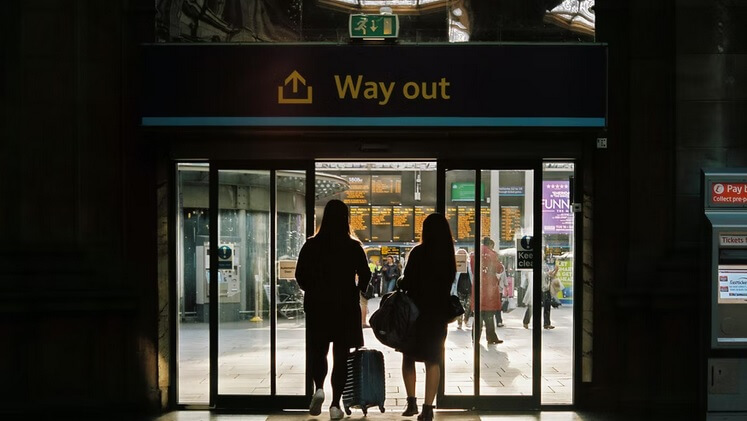 Census data reveals that the Portland Metro area and surrounding Counties have seen a big drop in population.   It is the first time in a decade that Multnomah saw a population decline.

The reasons offered are the usual (1) pandemic (2) crime and (3) high housing.  This is correct but not complete.

Here are some reasons left out:

1. Taxes. Taxes. Taxes.  In 2020, the three big Counties, through METRO, passed an income tax to fund homeless programs.  Less than a few months after that, they again went back to voters again for another income tax.  Luckily, voters said no, but two income tax campaigns in a single year during the worst year of the pandemic was a clear message that government was out of money, out of ideas and out of sympathy.  Tax increases are the new normal.  Multnomah County did successfully squeeze in their own income tax to pay for free pre-kindergarten.  Turns out, families (which made the biggest decline) left anyways.

2. Covid over-regulation.  Oregon had some of the nation’s longest and most restrictive shut-downs and restrictions in the nation.  Oregon needlessly destroyed many small businesses and as a result people left.  The chart below shows back in May 2021, Oregon was among two states with no plan (set-date) to fully re-open while most of the country was indeed already open. 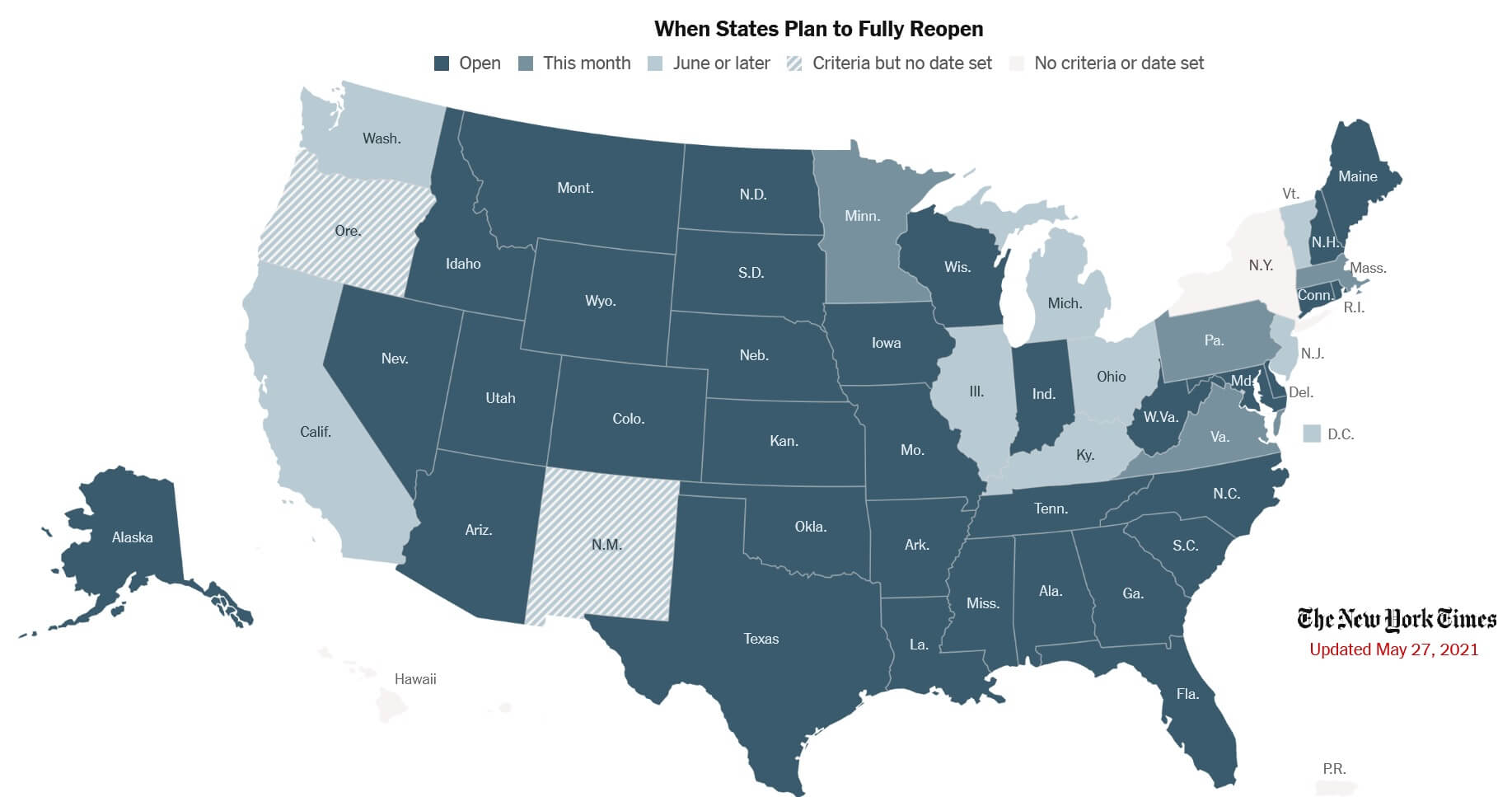 Others left to live in places without the mandates — including rural Oregon where people simply ignored the rules.

3. Traffic.  Portland-Metro area has been within the top 10 worst traffic areas in America for over a decade.  It has only become much worse, despite Portland’s 10-cent gas tax and state politician’s 10-year $5 Billion dollar in new transportation tax package.   Where is all that tax money going?  Not only are politicians not building new extensive roads with our tax dollars, they have even been going as far to remove existing roads from use and converting them into bus-bike lanes or other traffic calming plans.   Traffic matters and people have had enough.

4. Failing schools.  Many Portland schools witnessed a 10-40% enrollment decline.  Beaverton schools saw a 5% decline.  Portland area schools have become famous for politics, scandals and high principal turnover.   One school made national news for forcing kids to eat lunch outside, on buckets, six feet apart and in the cold as a Covid deterrent (this was only a few months ago).   Another school, had too many unruly kids, so the entire school had to be shut down and go back to online classes. 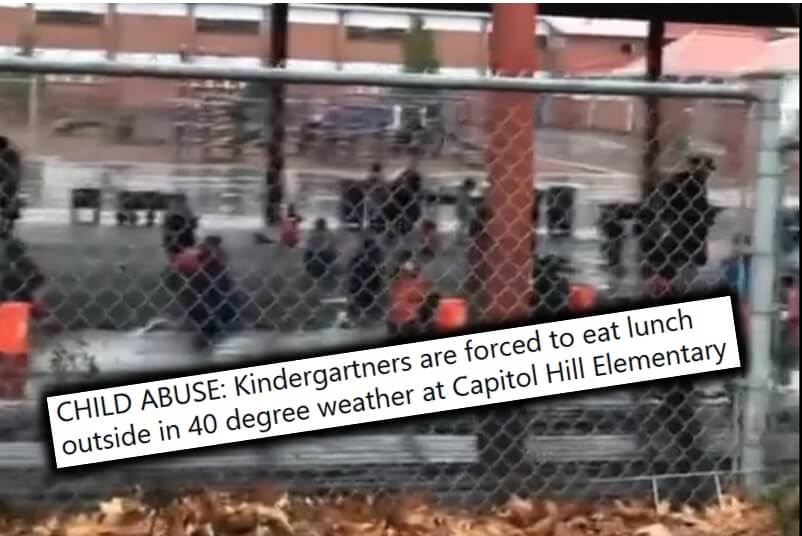 5. Anti-family.  Even though some people are indeed moving into the Portland area, the main section of people moving out are families.  Portland area children’s population is shrinking the most.   This means that Portland, a hotbed of political liberalism in America, has ultimately become unbearable and hostile to raising children. 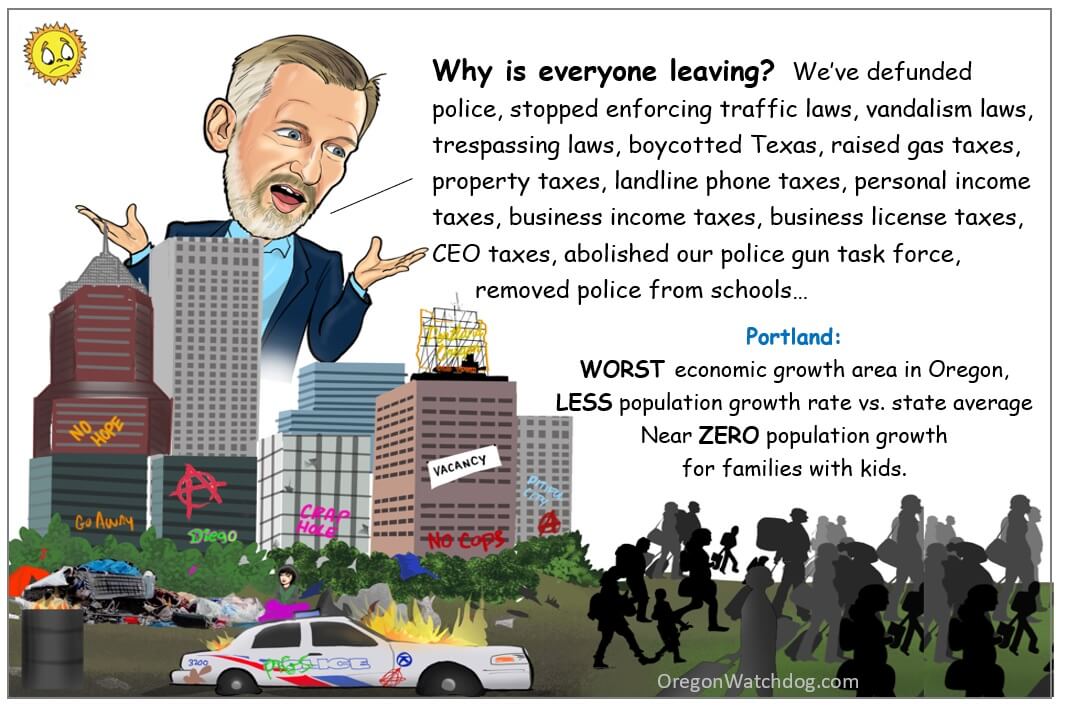 We will let the experts continue to focus on the usual topics of population decline, but as for us, we will continue to explain the bigger picture.