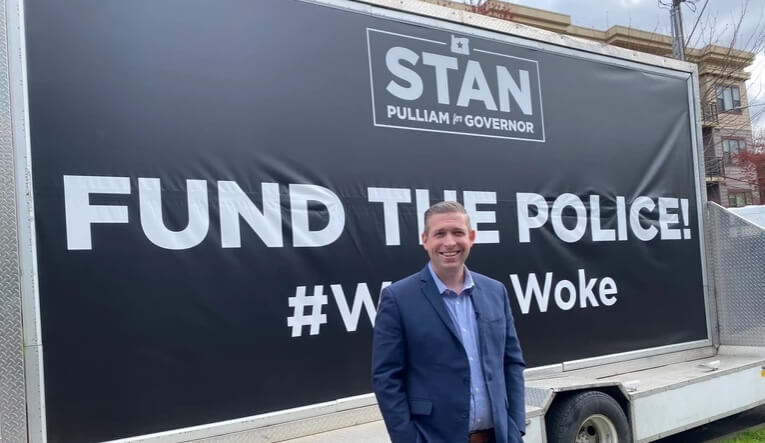 Mayor of Sandy Stan Pulliam held a press conference in North Portland to address the woke liberal agenda of defunding the police and unveiled a counter “Fund the Police” campaign:

“The extreme, woke idea that defunding the police is helpful to anyone has been proven to be a lie at the expense of too many Oregon lives,” said Mayor Pulliam. “And no place is it more obvious than in the heart of Portland, where we set out today to visually call attention to our agenda of fully funding the police.”

The press conference was held across from the “Abolish Police” billboard at 4038 N Mississippi Ave in Portland. Parked across from this billboard was a “Fund the Police” mobile billboard, commissioned by Friends of Stan Pulliam, which is now being transported across the Portland area and beyond for the next few days.

“Oregonians are looking for bold leaders who aren’t afraid of standing by their words,” continued Pulliam. “Today I literally did that in the most anti-police area of the state. That’s how committed I am to funding the police as Governor, just like I’ve done as Mayor.”