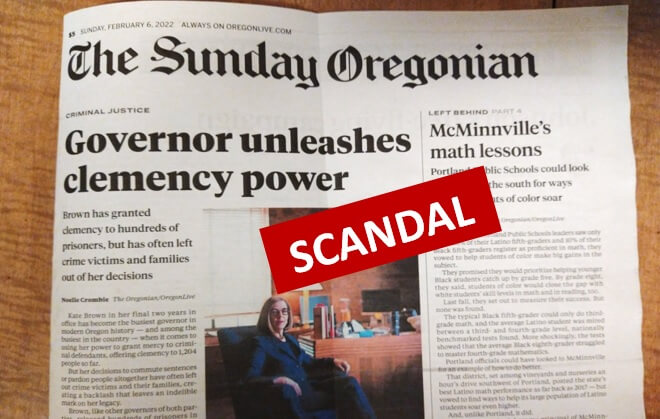 There may be a scandal unfolding.

Yesterday, The Sunday Oregonian ran a rare six page story on Governor Kate Brown’s secret meetings with prisoners and her granting them early release for which nearly 1,000 have been granted during her tenure.

When the newspaper runs one of the longest articles of the year you know something big is happening.

Furthermore, the story details how one of the criminals given early release was someone who murdered an innocent father and daughter and buried them in a ditch.

Governor Brown held secret zoom prison meetings with hundreds of violent criminals before she decided to commute their sentences and release them early.  Governor Brown purposefully and intentionally kept crime victims families and many law enforcement agencies in the dark until it was leaked to the media.

Once it was leaked, the Governor announced a statewide investigation and manhunt to determine who the government employee leaker was.

“Rosemary Brewer, executive director of the Oregon Crime Victims Law Center, said on several occasions she has asked Kevin Gleim, a lawyer for the governor who handles the commutation process, whether he or Brown would take time to talk with victims’ relatives about why the governor had granted clemency in particular cases.  Gleim declined, she said.  Brewer said the news of the juvenile commutations in particular was difficult for victims’ families because many first learned about it in an Oregonian/OregonLive report last October.”

That explains it all. Block law enforcement and crime victims families at every level until they find out about it in the newspaper that their family’s double killer or their rapists is now on the streets.

Multnomah County District Attorney Mike Schmidt has also been a part of advocating to the governor various criminal case to release early.   Schmit had dropped 700 criminal charges against rioters during the Portland riots.

A lawsuit against Brown claimed she acted illegally in her secret commutations.   That lawsuit and the leak has forced the Governor to pause all new criminal release.

Yet the problem grows worse.  One of the persons, Governor Brown released, a 53-felony criminal, has already committed another crime and is wanted by by authorities.  Read more here. 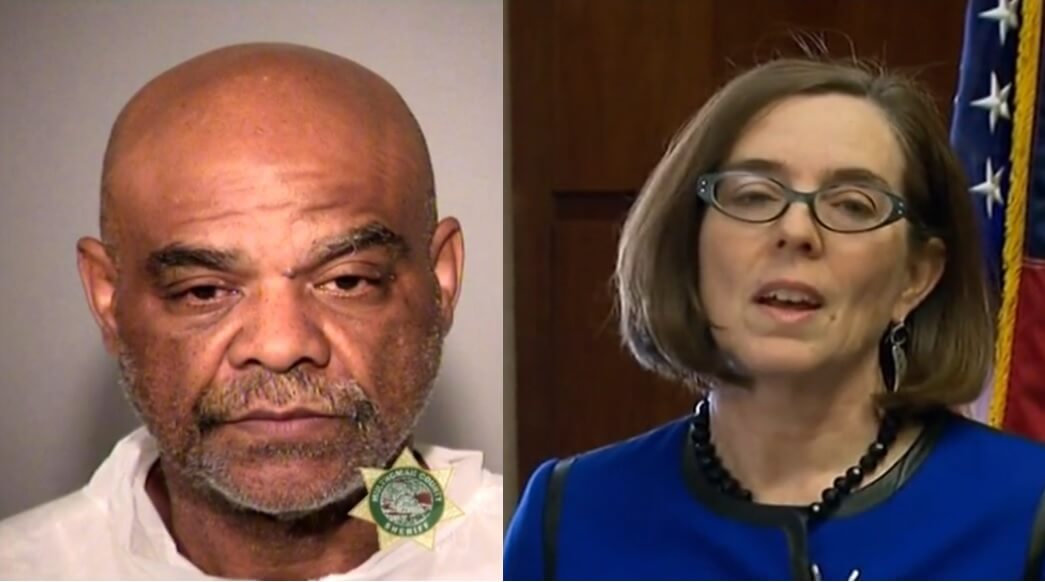