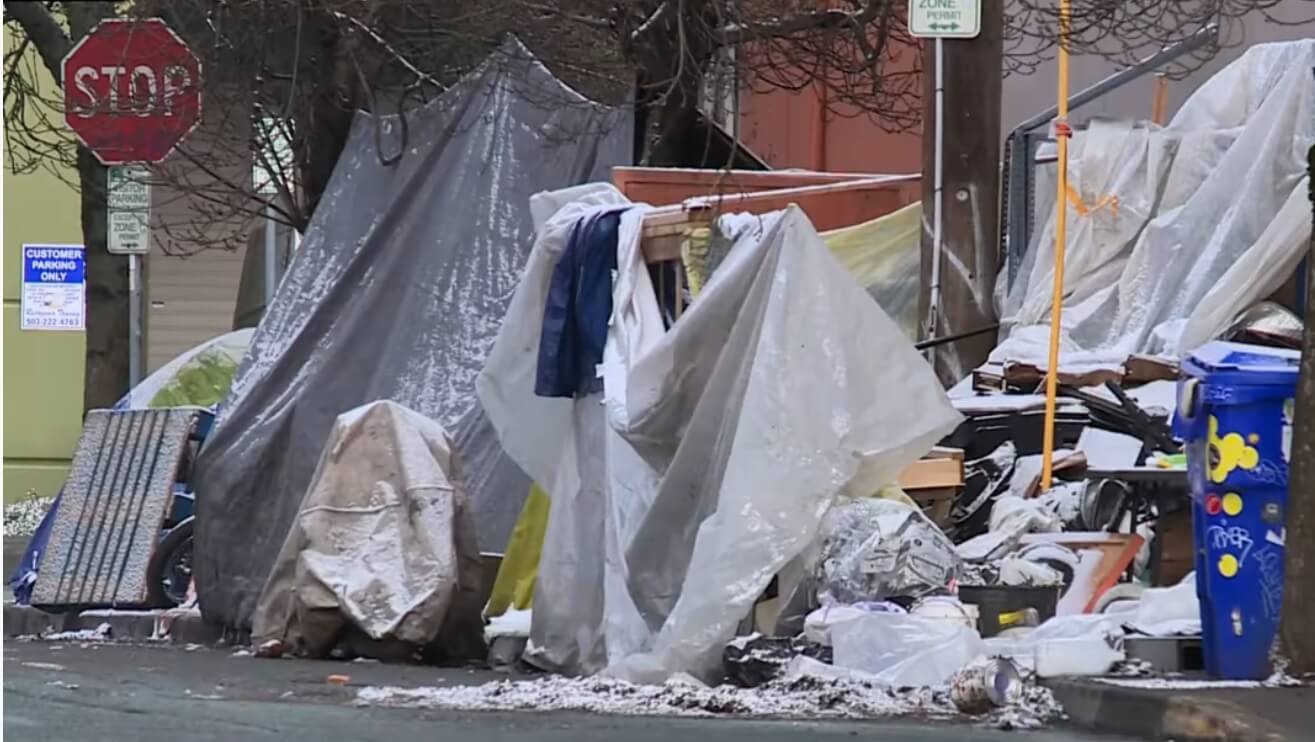 How many more people have to die to get elected officials to do the right thing about homeless camps on freeways.

Four people lost their lives early Sunday morning because a driver, possibly drunk, plowed into a camp at what a witness described as 70 miles an hour.

Now, accidents happen…but you could see this one coming a mile away.

Every time Tina and I drive the freeways around Portland and Vancouver, we see the camps, often so close to the freeway the garbage is spilling right onto the roadway.

Depending on the wind, you can smell the camps.

Add in the fact that many of them are addicted to booze and illegal drugs…and you get avoidable deaths.

And we know the stats: half the pedestrian fatalities recently have been among the so-called homeless.

Mayors like Feckless Ted Wheeler have laws on the books about life safety that would let him fix this.

He chooses not to. And people die.

ODOT and WashDOT don’t hesitate to demand billions of dollars to build roads and freeways to tough standards for safety.

Silent Jay Inslee does nothing.

They then allow people to put themselves in harm’s way…and Kate Brown doesn’t say a word.

Kind of ironic that the same people willing to threaten you to get you to take the jab…for safety of course, are happy to sit back and do nothing while known hazards like violent crime and living next to freeways take lives left and right.