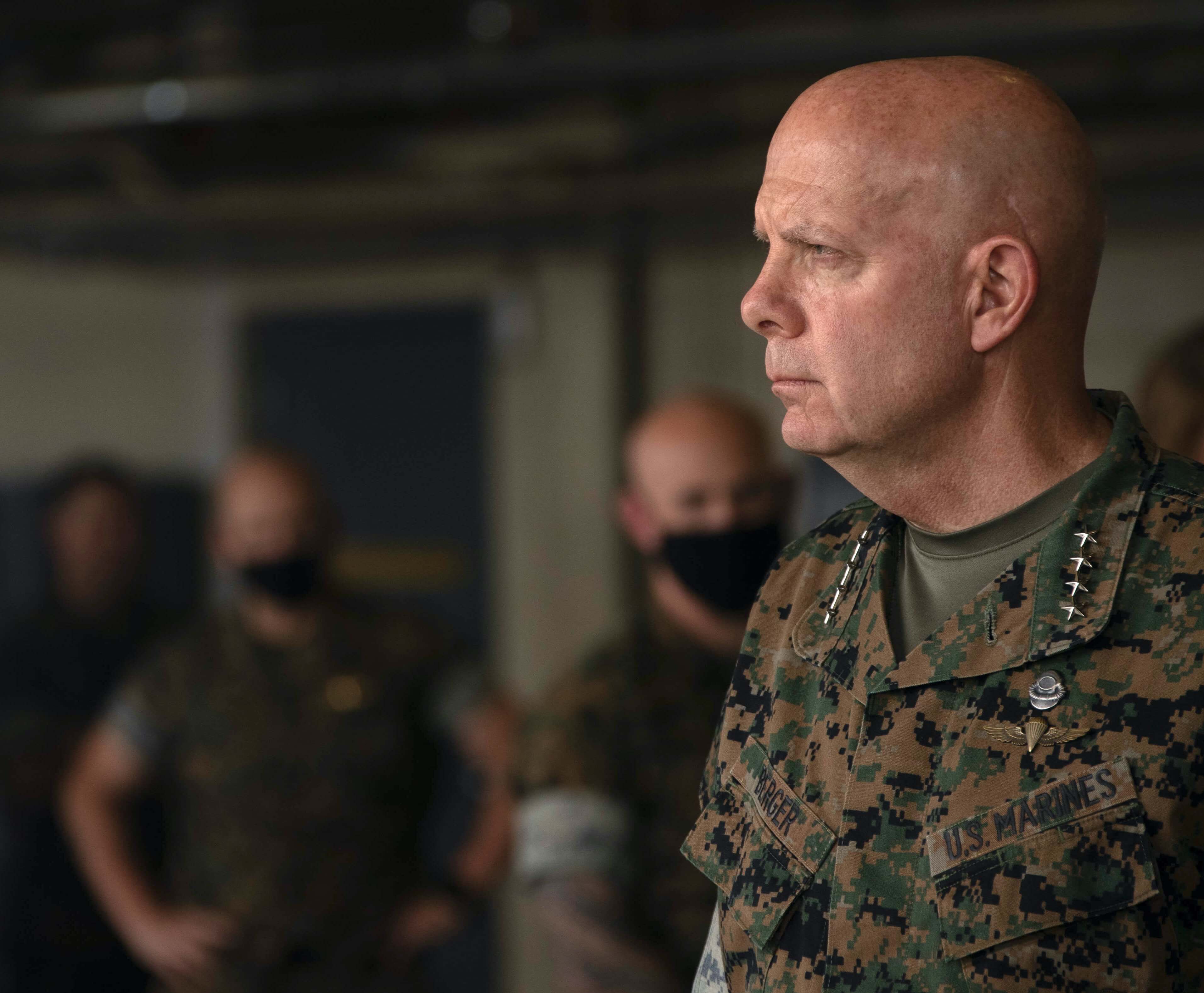 Earlier this year, I wrote about the deactivation of the 2nd Battalion 3rd Marines, a storied infantry unit I wrote a book about. The reason for the deactivation is a force structure change led by General David Berger, the 38th Commandant of the Marine Corps.

Since then, several former marine officers have been speaking out against these reforms, such as James Webb’s opinion piece in last weekend’s Wall Street Journal. All these op-eds have something in common: they don’t offer an alternative to the changing nature of war. Instead, they tend to hearken back to a day when marines could be safely packed into a large amphibious assault ship like a Wasp-class LHD or when no known man-portable missile could penetrate the armor of an M1 Abrams tank.

Those days are over. Now both platforms travel with a big “hit me” signature. A third-rate military like that of Ukraine which cannot launch strike aircraft at Russian amphibious ships in the Black Sea destroyed an LST with a precision-guided ballistic missile. Hastily trained volunteers, men who were lawyers and bartenders just over a month ago, now stop tank battalions with Javelin missiles, an armament technology that could just as easily take out a column of America’s best tanks, an armament technology that the United States doesn’t have a monopoly on.

In his Force Design 2030, General Berger has had the foresight to see how massed concentrations of expensive weapon platforms that require expensive supporting infrastructure and are trailed by costly logistical needs will struggle to fight against nimble, smaller units that employ state-of-the-art missile, drone, and information technology. For the price of a single F-35, a swarm of loitering munitions like the Hero 120 or the Switchblade 600 could have quickly turned that infamously long Russian convoy north of Kyiv into a highway of death. A single F-35 could not have.

General Berger is transitioning the Corps into a force that can deploy many small, distributed weapon platforms that together have more lethality and resiliency than the equivalent number of traditional systems the same procurement and operating budgets could afford. Take, for example, the armored vehicle marines have been riding around since 1972. For the past twenty of those fifty years, the Corps has been struggling to replace these aging AAVs. The new ACV is far more expensive but only slightly safer for its cargo. Berger is following through with that replacement since the AAVs have become completely obsolete. But he is looking at another way to move grunts around the battlefield too.

For the price of one ACV, the Corps can buy 400 MRZRs. An ACV can carry 17 marines. It has armor to protect from small arms fire, but one missile hit means 17 dead marines. Contrast that with the MRZR which has no armor and carries only two marines. That can actually be safer. The same number of marines would be dispersed over 9 vehicles. If 17 marines in 9 of these Polaris-made all-terrain vehicles were to face 17 enemy soldiers in one armored vehicle, the marines would have the advantage. A single marine with a Javelin could kill all 17 adversaries with one shot, but a single armored vehicle would struggle to engage all 9 marine vehicles before one fired off that missile.

And that is just fighting before they dismount. When the soldiers in an armored vehicle disembark to fight other infantry, they have to spend their first critical moments all running out the same backdoor and dispersing themselves. The equivalent number of trigger-pullers can dismount from several MRZRs faster and they will already be in a dispersed formation.

Scale this ratio from 17 to a regiment facing a regiment. The side packed into a smaller number of armored vehicles would be an easier target than an opposing regiment spread across a formation of smaller, lighter, more nimble vehicles.

There was a day when the armored fighting vehicle offered significant protection. Now armored vehicles can slow infantry down and make them an easier target compared to other mobility options. So Berger is securing this optionality by procuring lots of MRZRs too, rather than buying and maintaining main battle tanks.

In a war of attrition, low cost beats high cost. In Ukraine, $120,000 missiles are destroying $10,000,000 tanks. Those Russian tanks aren’t able to destroy much more than an occasional apartment building. They rarely see the infantrymen that are killing them in droves.

So why are some retired marine generals worried that the Corps has gotten rid of its tanks? The answer is as old as generalship. The retirees’ imaginations can only fight the last war. General Berger understands today’s war and where this trend is heading.