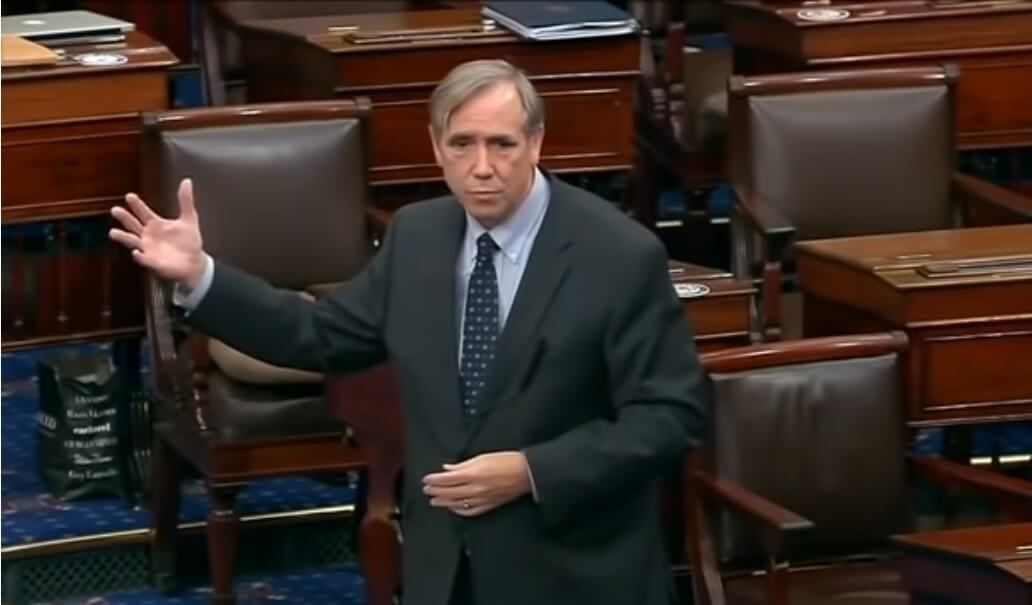 Recently he sent out a message about gas prices, hoping to get voters to forget what his fellow democrat, “No Drill” Joe Biden has done to drive those prices up.

He blames the oil industry, using terms like “gouging” to describe companies that make an average profit margin of 4.7%. Not to mention the fact that most of those companies lost tens of billions during the pandemic , caused in great part by the government shutdowns.

We should buy the Senator a dictionary so he can learn that “profiteering” means making money in a black market.

He calls it the “Big Oil Windfall Profits Tax. The tax would pull money out of your pocket when you fill up your tank…and then come back to you in the form of a rebate from the government…after Merkley and his buddies take their DC cut first, of course.

I have a better idea. Let the Senator ask Joe Biden to reverse all those anti oil executive orders he bragged about signing on his first day in office…you know, return to the successful Trump policy on American energy…and then “drill baby drill”.