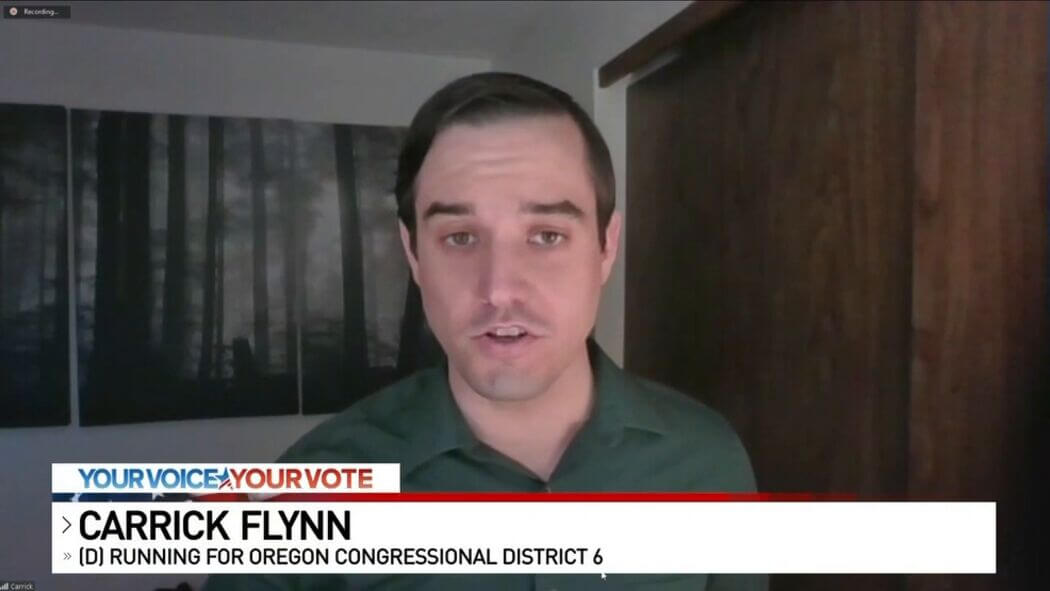 Earlier this week, William MacKenzie wrote up a nice report for the Catalyst about the massive amount of money flowing into Carrick Flynn’s campaign to be the Democrats’ nominee for the new OR-6 House District along with an even larger flow of independent expenditures on his behalf. One of those large supporters is Nancy Pelosi’s House Majority PAC.

So what do Oregon Democrats think about this? All that support from national Democrats may be an albatross around Flynn’s neck, to borrow a literary metaphor from Samuel Taylor Coleridge’s Rime of the Ancient Mariner. Several of Flynn’s opponents spoke together to call it “a slap in the face to every Democratic voter and volunteer in Oregon.”

Some of this reveals salient pathologies that smolder within today’s Democratic Party, the party of America’s upper class that sometimes displays ritual disdain for financial success. From President Johnson’s signature on the Civil Rights Act of 1964 to the Republican wave election of 1994, Democrats have basically swapped places with the Republican Party of the 20th Century. A half-century ago, the GOP used to be the party of elites and the Democrats were the party of southern segregationists and northern blue-collar workers. But progressive ideology sometimes displays dismay with this realignment. The party of Dwight Eisenhower was comfortable with country clubs and well-connected fundraisers. Now that America’s well-heeled hobnob with the donkeys, money can still attract scorn in a Democratic primary, even though they can raise more money from wealthy donors.

Another pathology is the transition from the bipartisan liberal values of the civil rights era that sought to end racial discrimination to the radical progressives of today that embrace a race consciousness that judges people by the color of their skin. This was on display when Andrea Salinas, who is also running for this office, was quoted by the Associated Press as saying: “We have a wealth of candidates, four of whom are women, three women of color…” Is Flynn disqualified from running for Congress because he has the wrong sequences of DNA?

Democrats’ other pathologies, policy pathologies, find them facing another wave election, similar to those in 1994 and 2010. They need all the unity they can muster to overcome voter distaste for having taken too many nanny state measures too far. With these added internal pathologies, perhaps Republicans can pick this new seat up.