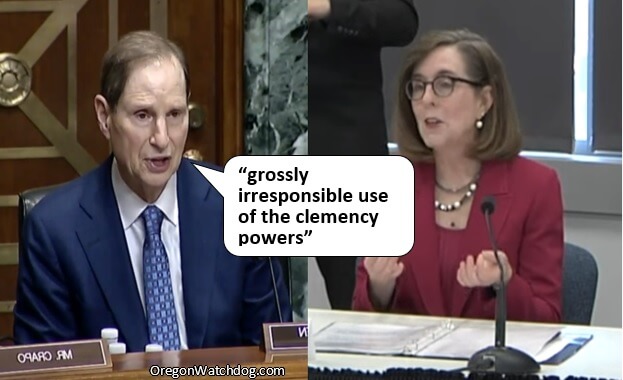 Wyden said, “This clemency decision is wrong on every level, starting with its callousness toward the crime victim’s family and extending to all Oregonians counting on public officials to make decisions with public safety in mind. Plain and simple, I oppose this grossly irresponsible use of the clemency powers.“

The fact that very progressive US Senator Ron Wyden is now acting tough-on-crime, after a two year crime spree, is welcome…yet too late… and likely political…which means it may not last beyond the election.