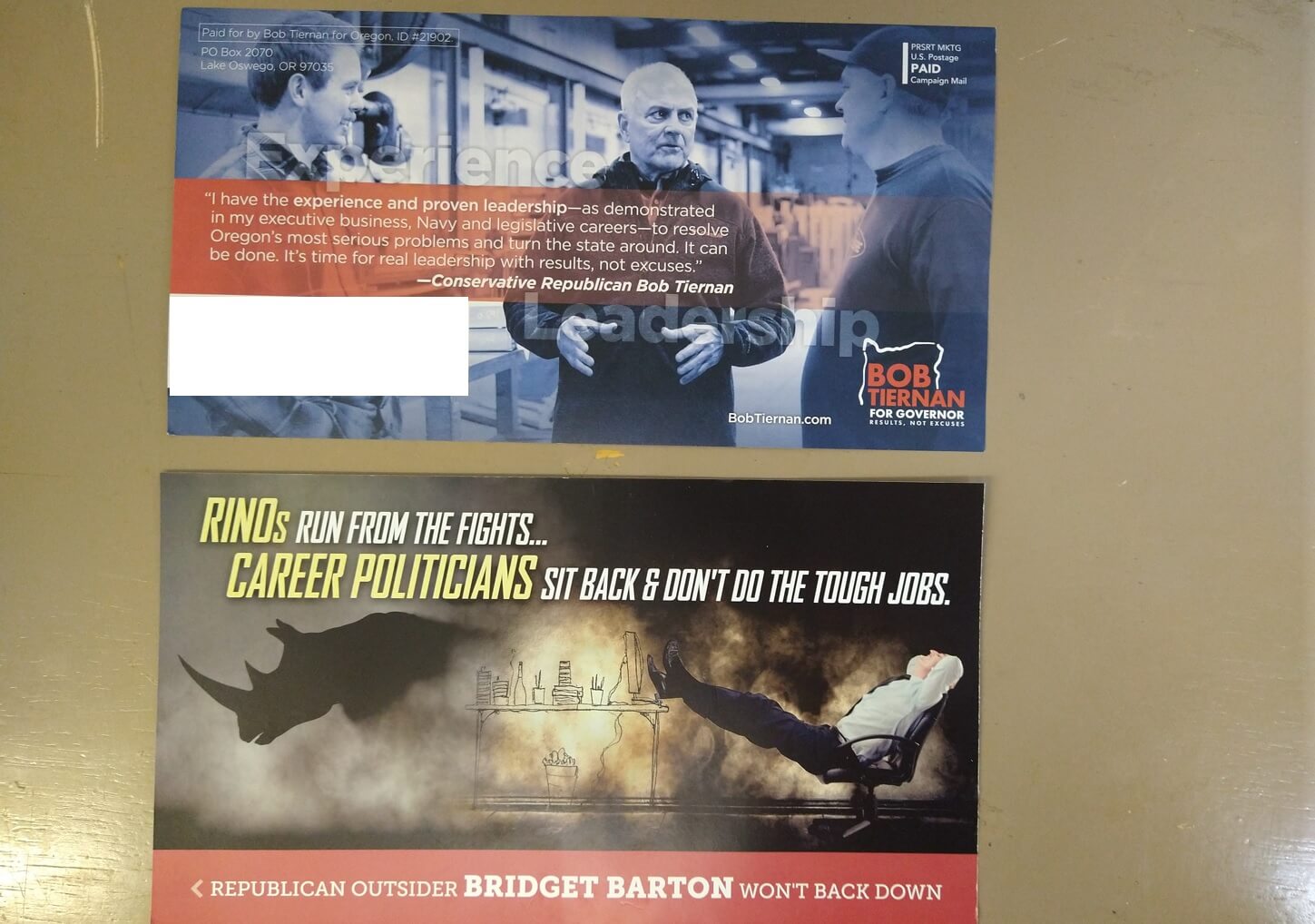 A random survey of a dozen politically involved people from around the state has shown that three Governor candidates, Bridget Barton, Bob Teirnan and Christine Drazan have been utilizing the direct mail option in the final stretch of the campaign.

Bob Tiernan is touting his leadership, Bridget Barton is knocking RINOs/Career politicians, and Christine Drazan is promoting her pro-life support. 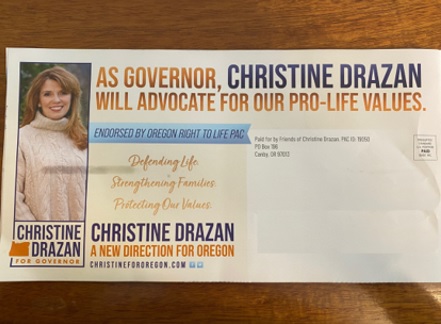 These mailings are not a guarantee of success but rather of strategy, reach and choice of messaging in the final weeks of the campaign.

P.S. We didn’t include campaign fundraising solicitations in this survey.  Other Governor candidates may have mailed something but it did not reach our sample audience of  voters who vote in every election and for whom most of them received the same mailings listed in this article.