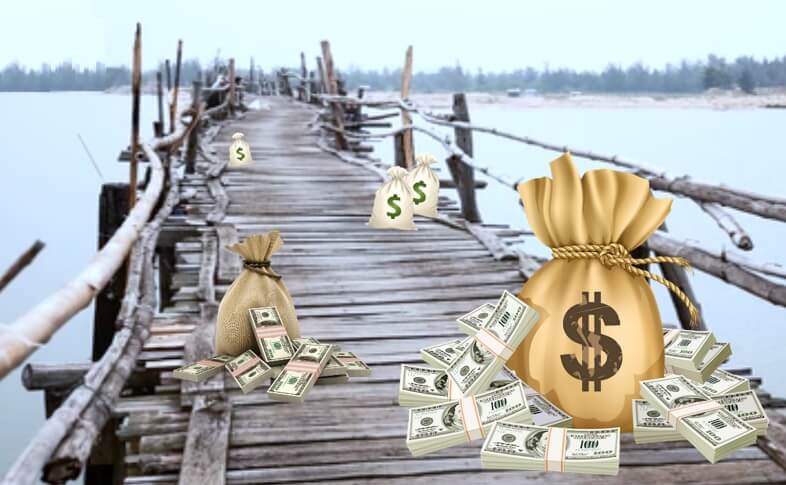 The biggest choke point on I-5 between Seattle and Eugene sits right there on the Columbia River.

And if you were angry with the previous failed, ten year effort to replace that bridge, you’re gonna really hate the new bridge plan they unwrapped recently.

Five billion dollars to build a bridge that will leave congestion twice as bad 20 years from now as it is today.

Transportation advocate John Ley points out that drive time in mornings will double because the new bridge only adds one auxiliary lane for traffic.

And, to make the rail work, they plan to build the bridge with only 116 feet of clearance… is going to screw a lot of businesses that move cargo on the river.

The failed bridge proposed to pay those businesses almost 90 million dollars in compensation but that doesn’t bring back the jobs.

The last plan doubled that.

The Rocket Scientists behind this plan admit that 50 percent of cars and trucks on the new bridge will travel at between zero and 20 miles an hour during peak travel. That’s almost double the slow go times today.

Punishing tolls are designed to drive poor people into the ditch as the only way to fix congestion.

And then there’s light rail for extra billions of dollars and no extra funding from the federal government when high speed buses would do it for a fraction of that.

They flushed 200 million on the last bridge boondoggle. How much will they waste this time trying to punish you for driving your car