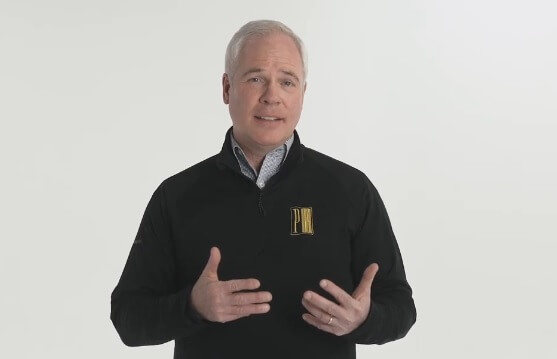 By Vance Day,
Candidate for Position 3, Oregon Court of Appeals

“Those who expect to reap the blessings of freedom must like men undergo the fatigue of supporting it.” — Thomas Paine

My ancestors met stiff opposition when they came to the Oregon Country in 1845. The terrain, hostile weather, British fur trappers, tragic accidents, sickness and death. But they did not shrink back from the hardships. They engaged the opposition in whatever form it took and chiseled out communities in harsh frontier lands. They became territorial legislators, county judges, postmasters, miners and community leaders. They exercised their natural right to pursue life, liberty and happiness — without government interference. Their actions left us a legacy to follow in the cause of freedom.

But my American story goes back even farther, back to 1623 when the sailing ship Ann departed from England and made its way to Plymouth Colony bearing my ancestors Ralph and Joyce Wallen. It is a story that depicts a harsh and difficult life born out of an intense desire for the God-given inalienable right to pursue one’s destiny which we call freedom.

My ancestors carved out a living in the wilderness of the East Coast. They helped to birth this nation by farming the land and creating communities, serving in the Continental Army to win America’s independence and preserving it in the War of 1812. The authors of my family’s story fought for the blue and for the gray. They fought in the Spanish American War, World War One, World War Two, Korea, and Vietnam.

Looking back, I see an unfinished tapestry of immense beauty, made up of generational sacrifice in the cause of liberty, some strands carrying the scarlet hue resulting from lives lost in the pursuit of establishing and maintaining our Republic. Some saw it in the distance but never fully tasted its reality. Others paid for it with their lives, their property and their sacred honor.

Each generation did its part to preserve or reestablish the liberty on which our nation was founded. As recognized in our Declaration of Independence, individual liberty doesn’t come from the generosity of the government; it is an endowment from our Creator. Our founders didn’t seek to prove this endowment — to them, it was self-evident.

All of us — from the descendants of the Mayflower to newly naturalized citizens — are recipients of this immense and costly gift called liberty. We must never forget that the liberty we enjoy is guarded only to the extent that “governments derive their just powers from the consent of the governed.”

During my campaign, I’ve been visiting all 36 Oregon counties and listening to average citizens and small-business owners voice their concerns and hopes for our state.

The reality in today’s Oregon is vastly different. We have governors who issue orders, gridlocked legislators who can’t make laws and a judiciary who, unconcerned with the original intent of laws, uses the law as a pretext to impose their own vision of America.

What does that look like? Go to the boarded-up Justice Center in downtown Portland over by the tents and see for yourself. It’s the building with the quote from George Washington enshrined at the entrance: “The due administration of justice is the firmest pillar of good government.”

If you’re happy about the way government in Oregon is working, you should vote for my opponent — she’s been neck-deep in it for 20 years.

If your liberty to think and speak and live and worship according to your conscience has increased over the last 20 years, you should vote for my opponent because your liberty—or the lack of it — is her legacy.

If you think it’s enlightened to have one set of laws for the elite and the entitled while average, hardworking Oregonians are held to a different, harsher standard, you should vote for my opponent, who has spent two decades as the ultimate insider in the second-highest court in our state.

If you think it’s progressive to see justice centers boarded up, tents going up and statues coming down, you should give credit where credit is due and vote for my opponent.

Liberty is precious. We all have a duty to preserve, protect and defend liberty. We have a duty to guard and uphold the government our forefathers forged for us. We have a duty to remember the price paid for freedom and the fragile nature of freedom. That duty is to those who came before us — and those generations yet to be born.

In the words of Thomas Paine:

“Tyranny, like hell, is not easily conquered; yet we have this consolation with us, that the harder the conflict, the more glorious the triumph. What we obtain too cheap, we esteem too lightly: it is dearness only that gives every thing its value. Heaven knows how to put a proper price upon its goods; and it would be strange indeed if so celestial an article as freedom should not be highly rated.”

ABOUT VANCE DAY FOR JUDGE

Vance Day is a candidate for Position 3 on the Oregon Court of Appeals, a statewide, nonpartisan position. The election will be conclude May 17 2022.

In 2011 Day was appointed to serve as a Circuit Court Judge and was elected to a full six-year term in Nov. 2012. In 2012, Judge Day started a veteran’s treatment court in Salem, Oregon, to target the root causes of veterans’ criminal behavior, such as homelessness, mental illness and substance abuse, by bringing together the prosecutor, the defense attorney, the judge, other veterans, treatment providers, mentors, and support teams to work together to help veterans make a fresh start. While Day was running the program, there was a zero-recidivism rate.

Upon completion of his term as a circuit court judge, Vance Day was recruited by the board of the Christian men’s ministry Promise Keepers to help rebuild the organization, eventually serving as president of the organization. Under his leadership, the organization was revitalized and now ministers to hundreds of thousands of men globally.

Most recently, Day travels the length and breadth of Oregon on behalf of the James Madison Center for Free Speech, meeting with various organizations, churches, and community groups to discuss our constitutional liberties and how we can responsibly respond to government overreach.