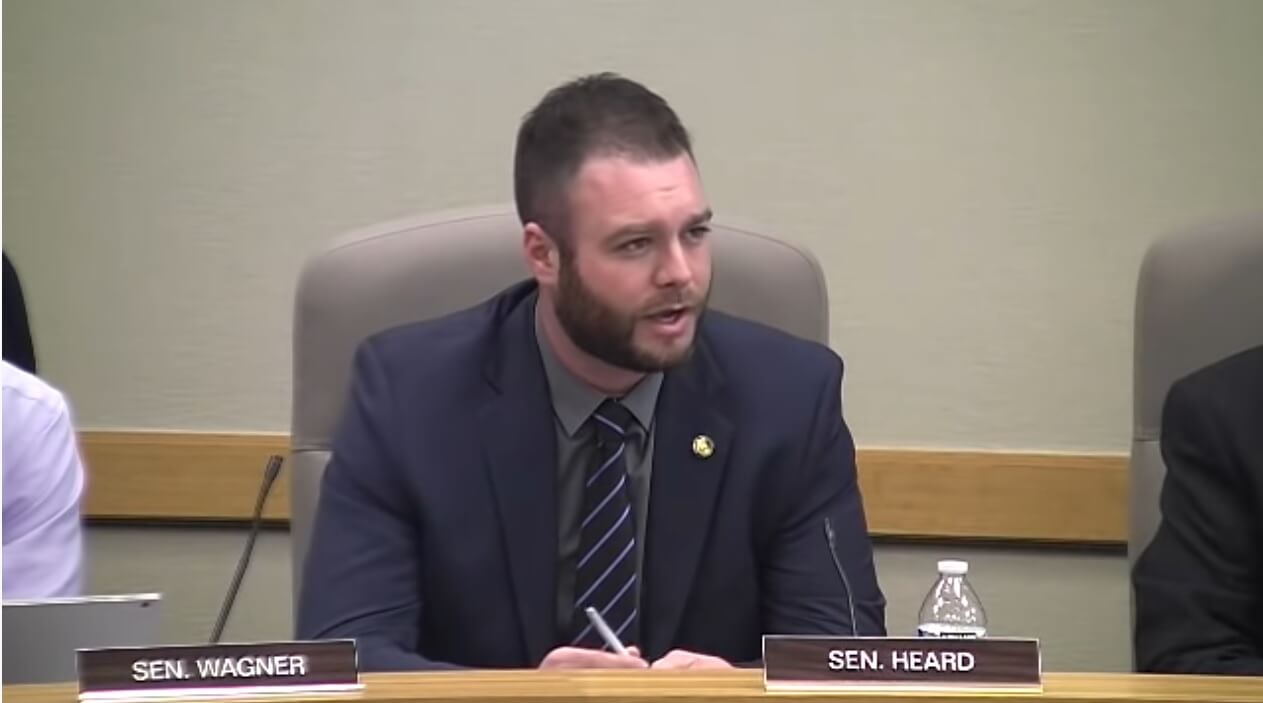 Here is part of the message signed by Senator Heard:

“I regret to inform you that as of March 11th, 2022, I will no longer be able to serve you as your chairman. My physical and spiritual health can no longer survive exposure to the toxicity that can be found in this community. There are dozens of you men and women that I truly love and admire. I greatly appreciate who you are, and I am extremely grieved that I will no longer serve and help you save Oregon from the ever-advancing Democrats. I must warn you good people in our party that we truly have an equal if not greater evil than the Democrats, walking among us.

Communist psychological warfare tactics are being used daily within the party. These tactics are being used to destroy anyone of true character who would oppose the man who introduced them into our community for the last 20 years. The endless slander, gossip, conspiracies, sabotage, lies, hatred, pointless criticism, blocking of ideas, and mutiny brought against my administration has done what I once never thought possible. They have broken my spirit. I can face the Democrats with courage and conviction, but I can’t fight my own people too.

It is clear, no amount of political success, hard work, honesty, and self-sacrifice will ever be enough to garner the lasting support of a strong and consistent majority of people who currently represent this party across the state. I can say I have given my best to save the state I love, but when a true servant leader recognizes that his people would rather attack and question him rather than follow, it is time to say goodbye. Thank you from the bottom of my heart to all of you amazing men and women that gave your all to help me save this party and move Oregon forward. I bitterly regret that my body and soul were not able to withstand the endless assault…”

Here is a copy of the letter: 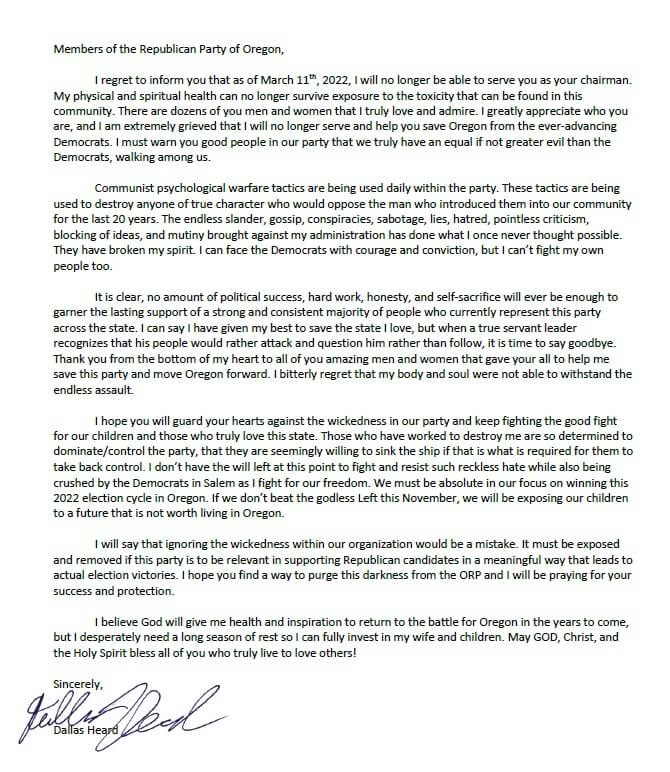 Dallas Heard had recently inquired of the State Party last month permission to run as a Governor candidate while also serving as State Party Chair.  That request was soundly rejected.  Senator Heard was also expelled recently from the Capitol for not wearing a mask as a sign of protest.

Disclaimer: We are awaiting further details, independent confirmation and next steps and will keep you informed.