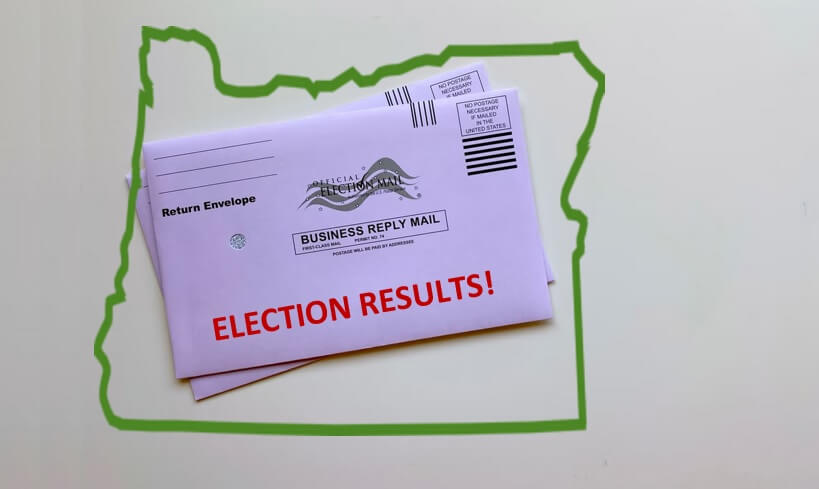 1. Drazan and Kotek take Governor spots. The Republican Primary for Governor shows Christine Drazan at 24%, with next rival Bob Terinan at 19% and Mayor Stan Pulliam at 9%. The Democrat Primary showed Kotek leading with 54% and State Treasurer Tobias Read at 33%.

2. Rare run-off in Labor race. The Bureau of Labor and Industries candidates failed to garner a 50% of the vote which means it will be a General Election run-off between Democrat favorite Christina Stephenson (48% vote) and former Republican lawmaker Cheri Helt (21% of vote).

3. Rep. Schrader losing his own Primary.  Incumbent Congressman (#5) is losing his seat to Democrat challenger Jamie Mcleod-Skinner.  Skinner at 60%, Schrader at 36%.

4. 2 of 3 Greater Idaho County Measures fail.  On the local ballot were measures to move counties towards secession by joining Idaho.  Klamath County Voters said yes (56% YES ) but two counties said no, Douglas County (57% NO) and Josephine (54% NO).

5. Big judge battle ends with Ortega win, Day losing. Darleen Ortega won by 64% against former judge Vance Day who was known for being persecuted for being a conservative as judge.

7. Portland’s Queen of Defund police fails to get majority, heads for run-off. The Portland Commissioner famous for leading the campaign to defund Portland Police by $12million is leading with 39%. The next two challengers (Mozyrsky, Gonzales) are around 25%, whichever leads will face Jo Ann in the General election.

8. Congress 6 results. On the Democrat Primary side, State Representative Andrea Salinas is leading with 28%. In a surprise, outsider candidate Carrick Flynn who helped attract over $12 million in his race, came in second with 19%.  In the Republican Primary, Mike Erickson took the lead with 34%.  Grassroots superstar Amy Ryan Courser took second with 19% and Representative Ron Noble took third with 15%. 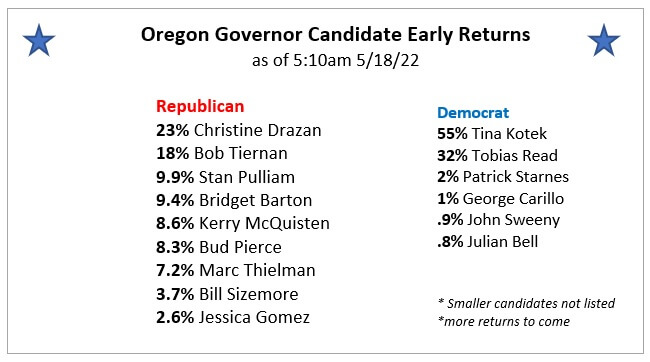 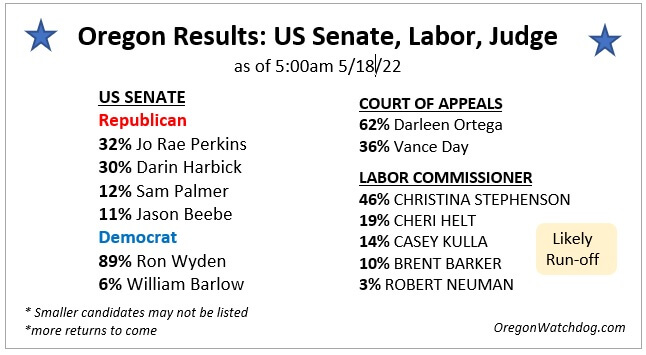 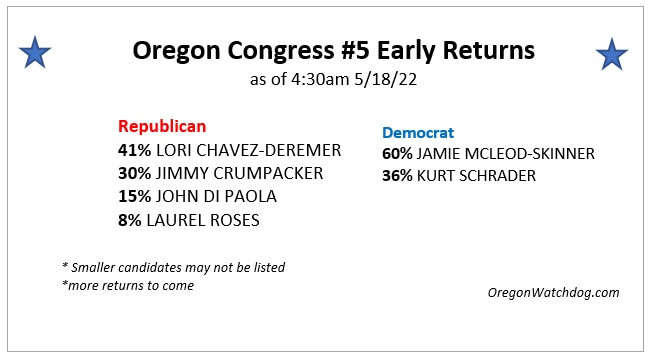 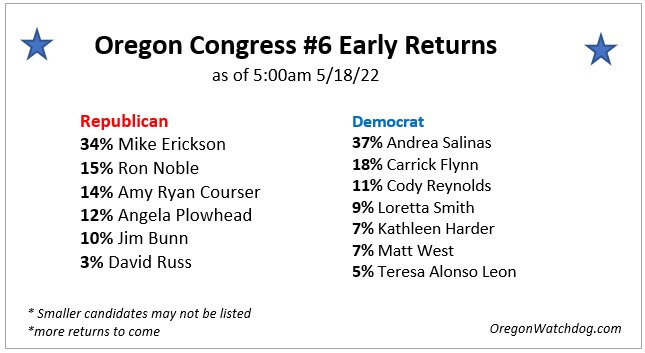